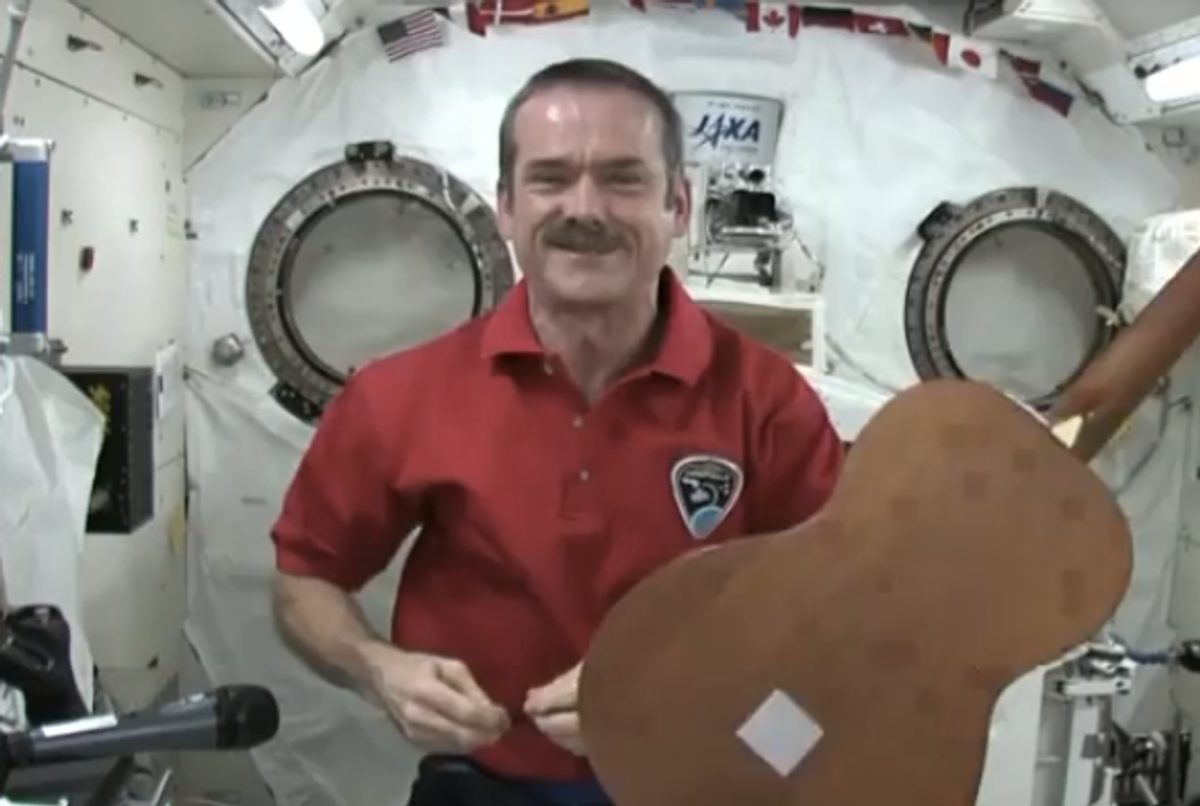 To those unfamiliar with Hadfield, this isn't the first video by the social media-savvy astronaut. Hadfield's videos on life in space, along with his musical recordings, have earned him an Internet fan base that rivals the likes of celebrities Seth Rogen and Pamela Anderson.

Now that Hadfield is returning back to Earth, here are some of his most memorable videos:

The first recording from the I.S.S., Hadfield's own composition, "Jewel in the Night," released December 2012

Hadfield's co-wrote "Is Somebody Singing?" with Ed Robertson of the Barenaked Ladies. He performed it with singers across Canada for the country's Music Monday initiative:

Hadfield shows what happens when wringing out a wet washcloth:

The astronaut reflects on his mission from the I.S.S.: