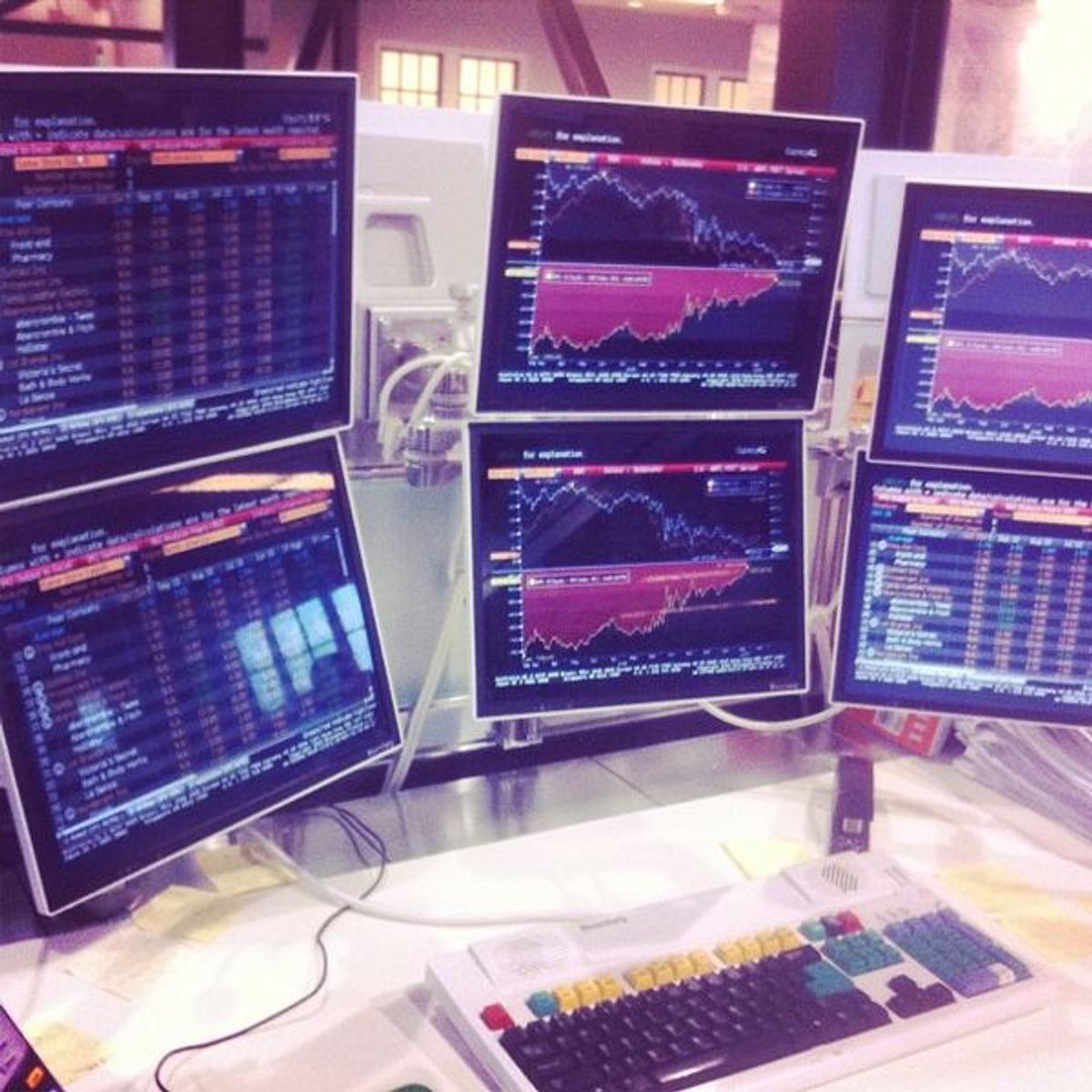 In an Op-Ed titled "Holding Ourselves Accountable," published late Sunday, Bloomberg News editor Matthew Winkler weighed in on the current scandal brewing around the news service, following claims that reporters used Bloomberg terminals (ubiquitous in the financial sector) to spy on bankers. As noted here last week, Goldman Sachs had complained to Bloomberg LP following the revelation that at least one reporter had access to a wide array of information about customer usage. Winkler commented:

Our client is right. Our reporters should not have access to any data considered proprietary. I am sorry they did. The error is inexcusable. Last month, we immediately changed our policy so that reporters now have no greater access to information than our customers have. Removing this access will have no effect on Bloomberg news-gathering.

The Bloomberg editor went on to explain how his journalists had such access in the first place and that the information available through the terminals was limited:

Why did reporters have access to this in the first place? The recent complaints go to practices that are almost as old as Bloomberg News. Since the 1990s, some reporters have used the terminal to obtain, as the Washington Post reported, “mundane” facts such as log-on information. There was good reason for this, as our reporters used to go to clients in the early days of the company and ask them what topics they wanted to see covered. Understanding how clients used the terminal was more important then. We still do that today, which is why we have feedback tabs on our news-related terminal functions. Equally important is our commitment to transparency, which is why “The Bloomberg Way” is a public document.

As we’ve grown, and as data privacy has become a central concern to our clients, we should go above and beyond in protecting data, especially when we have even the appearance of impropriety. And that’s why we’ve made these recent changes to what reporters can access.

... At no time did reporters have access to trading, portfolio, monitor, blotter or other related systems. Nor did they have access to clients’ messages to one another. They couldn’t see the stories that clients were reading or the securities clients might be looking at.

Following Bloomberg's admission, both the Federal Reserve and the Treasury have moved  to investigate the issue further. The scandal escalated over the weekend somewhat when a former Bloomberg employee told CNBC that he had accessed information on the terminals of Federal Reserve chairman Ben Bernanke and former Treasury Secretary Tim Geithner, although he gave no specific details about the information gleaned from his surveillance. Via the Wall Street Journal:

"We are looking into this situation and have been in touch with Bloomberg to learn more," a Fed spokeswoman said Saturday.

Meanwhile, Treasury Department officials are aware of the issue and are looking into the matter, a person familiar with the situation said.

A Bloomberg spokesman said it hasn't received "any formal inquiries" from any government authority.