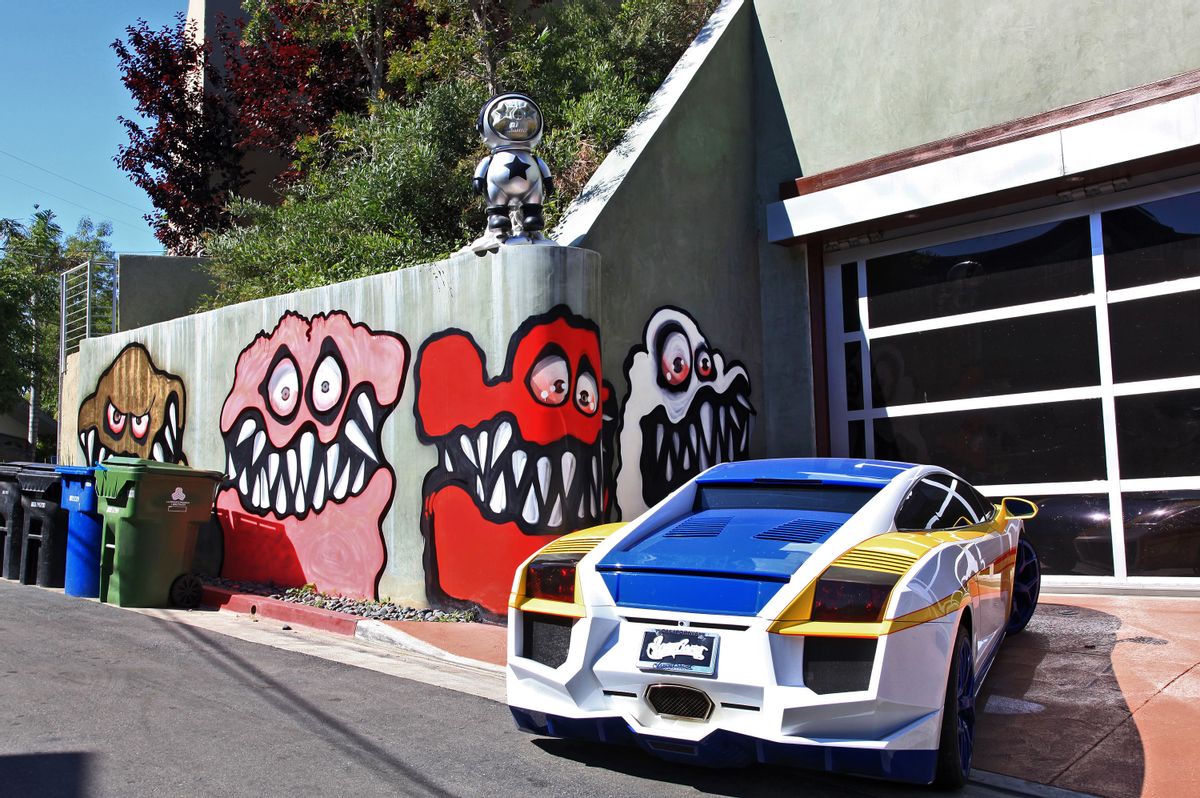 Rapper Chris Brown is back in headlines -- this time for a new mural painted on the facade of his Hollywood Hills home. The private street-art has elicited complaints from neighbors and intervention from city officials.

"There are lots of babies, lots of children, and they're literally frightened. It's like devils on the wall — big scary eyes and big scary teeth, and just the whole vibe is not what we're used to," said Patti Negri, president of the Hollywood Dell Civic Assn.

Responding to complaints about the monster art, L.A. city code officials cited Brown for unpermitted and excessive signage and ordered him to remove the art within 30 days. He also faces fines that start at $376 but could rise significantly if he fails to comply.

Los Angeles city ordinances deem it illegal to create murals on private property, but the rapper plans to fight back. "They are trying to suspend the 1st Amendment," Brown's lawyer, Mark Geragos told the Times. "They've called animal control. They have sicced parking [enforcement] on him, and now they reached the heights of ridiculousness here. Shame on them."