See pictures of the ten-foot-tall prototype 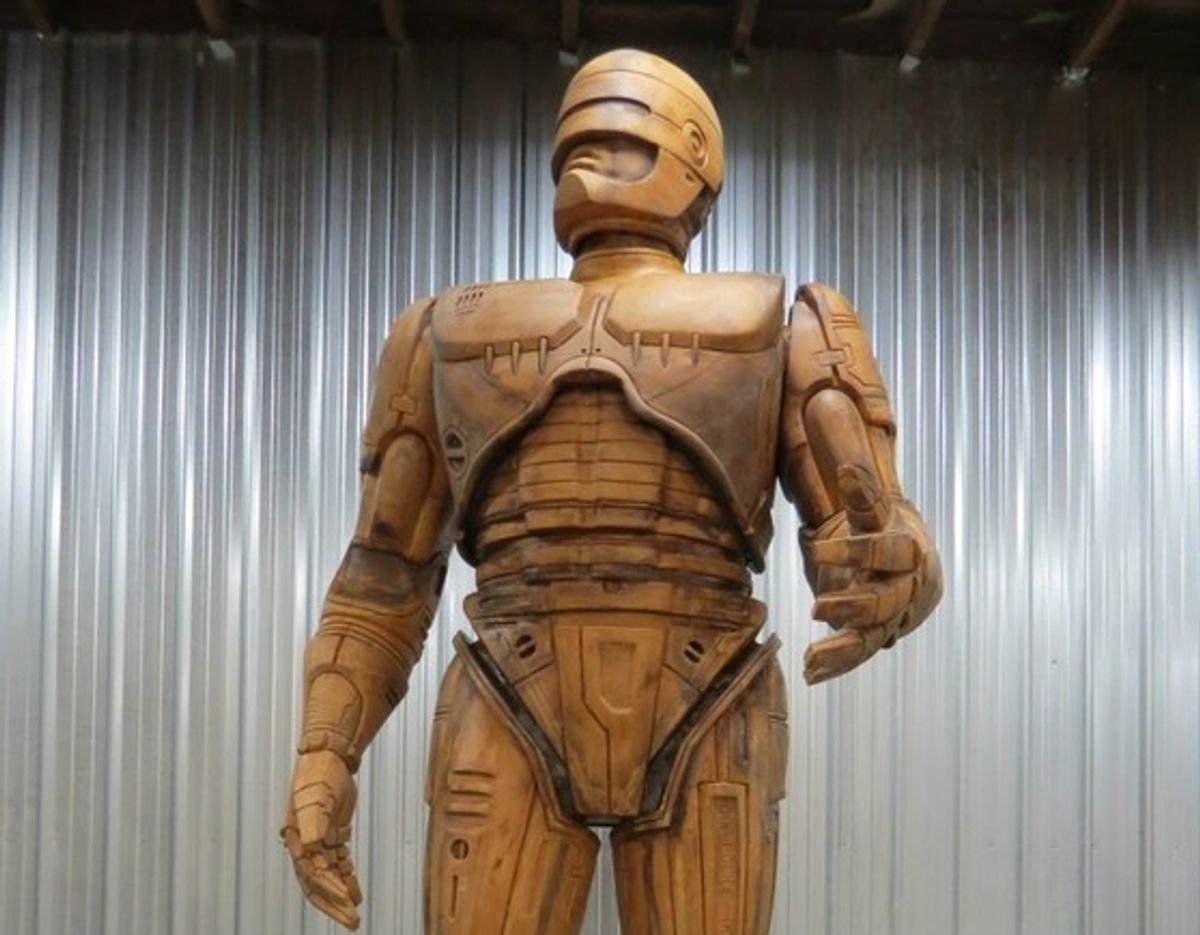 Detroit's long-awaited RoboCop statue is almost complete. The project started in 2011, after a Twitter user asked Detroit's Mayor Dave Bing to build a statue of the fictitious sci-fi hero as an "ambassador of Detroit" that could rival Philadelphia's Rocky statue. Though Bing responded saying the city had no plans to erect a statue, artist Brandon Walley launched a Kickstarter campaign to fund the project. The Internet quickly rallied behind him, raising more than $60,000.

Now, two years later, a ten foot tall RoboCop prototype stands proudly, waiting to be cast in bronze. According to the Kickstarter page, "what you're seeing in these pictures is pretty much exactly how he'll look." The statue is expected to be erected in 2014: Now maybe someone can start a Kickstarter campaign to save the entire city of Detroit.