The retailer is the largest garment buyer in the country, and its role in the agreement is "crucial," say activists 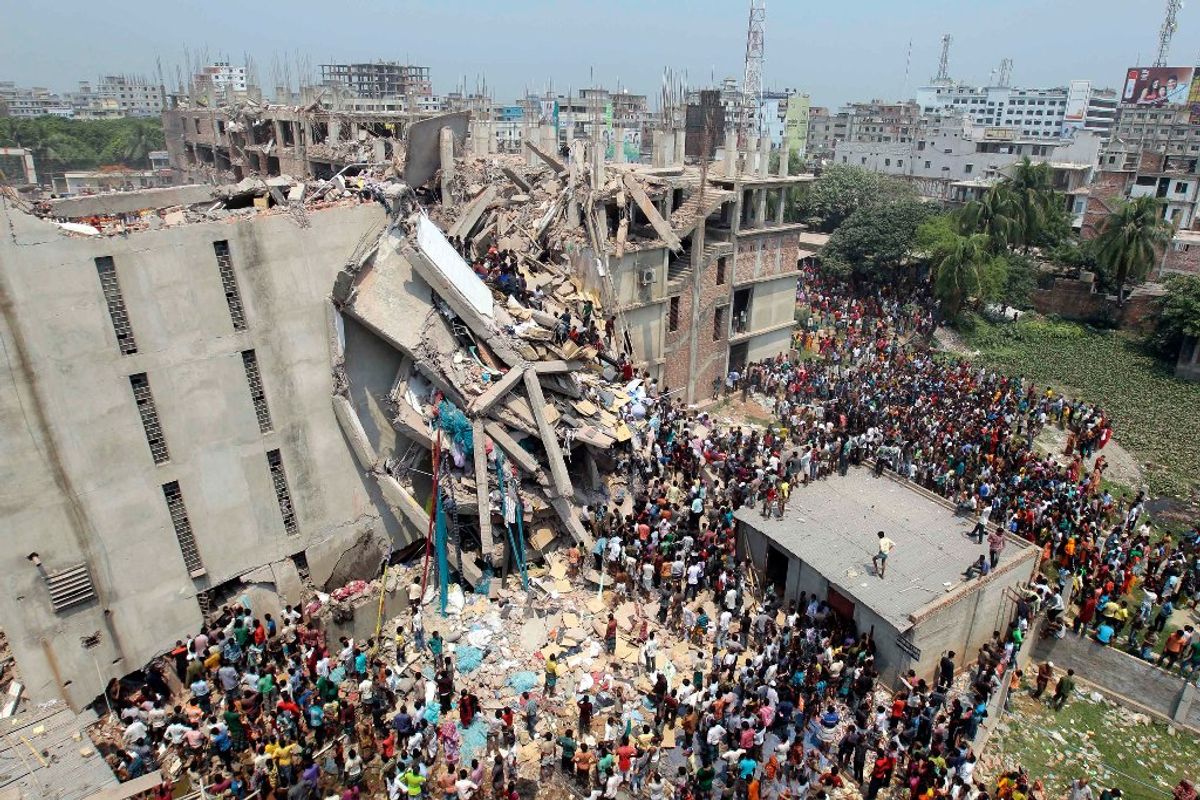 As rescue workers ended their search for victims of the Rana Plaza disaster, H&M -- the largest global buyer of garments from Bangladesh -- announced on Monday that it will sign a legally binding fire and building safety agreement to ensure safer working conditions in its factories in the country.

Labor activists have applauded the move, calling H&M's participation in the PVH-Tchibo plan "crucial." Scott Nova, executive director of the Worker Rights Consortium, a Washington-based factory monitoring group, told the New York Times: “They are the single largest producer of apparel in Bangladesh, ahead even of Wal-Mart. This accord now has tremendous momentum.”

The plan mandates rigorous monitoring and building inspections, and requires retailers to help finance fire and safety improvements in the factories they work with, according to the Times:

The factory safety agreement calls for independent, rigorous factory safety inspections with public reports and mandatory repairs and renovations underwritten by Western retailers. It also calls for retailers to stop doing business with any factory that refuses to make necessary safety improvements, and for workers and their unions to have a substantial voice on factory safety.

Ever since the collapse of the Rana Plaza building on April 24 on the outskirts of Dhaka, Bangladesh’s capital, H&M, Wal-Mart, Gap and other companies have faced intense pressure to sign the agreement. Until Monday, only two other companies had: PVH, the parent company of Calvin Klein and Tommy Hilfiger, and Tchibo, a German retailer.

In announcing its move, H&M said that “in order to make an impact and be sustainable,” the agreement “would need a broad coalition of brands.” A company statement said the agreement commited a company to the goal of a safe and sustainable garment industry in Bangladesh “in which no worker needs to fear fires, building collapses or other accidents that could be prevented with reasonable health and safety measures.”

Advocates are hopeful that H&M's involvement will help persuade other major retailers to sign the agreement, creating a broad coalition of companies to ensure better worker safety standards. Shortly after H&M announced its involvement, Spain's Inditex, the parent company of Zara and other brands, also agreed to sign on. The deadline is Wednesday for other companies, like Wal-Mart and the Gap (which have also been targeted by labor rights activists), to agree to the plan.

In addition to reigniting calls for corporate responsibility for labor standards, the tragic and preventable disaster at Rana Plaza, which killed 1,127 and injured many more, also prompted Bangladesh's textile minister to recommend raising the minimum wage for textile workers.

A new minimum wage board will issue recommendations for pay raises within three months, Textiles Minister Abdul Latif Siddiky said Sunday. The Cabinet will then decide whether to accept those proposals.

The wage board will include representatives of factory owners, workers and the government, he said.