Most of the victims were grazed by bullets, but three people remain in serious condition on Monday 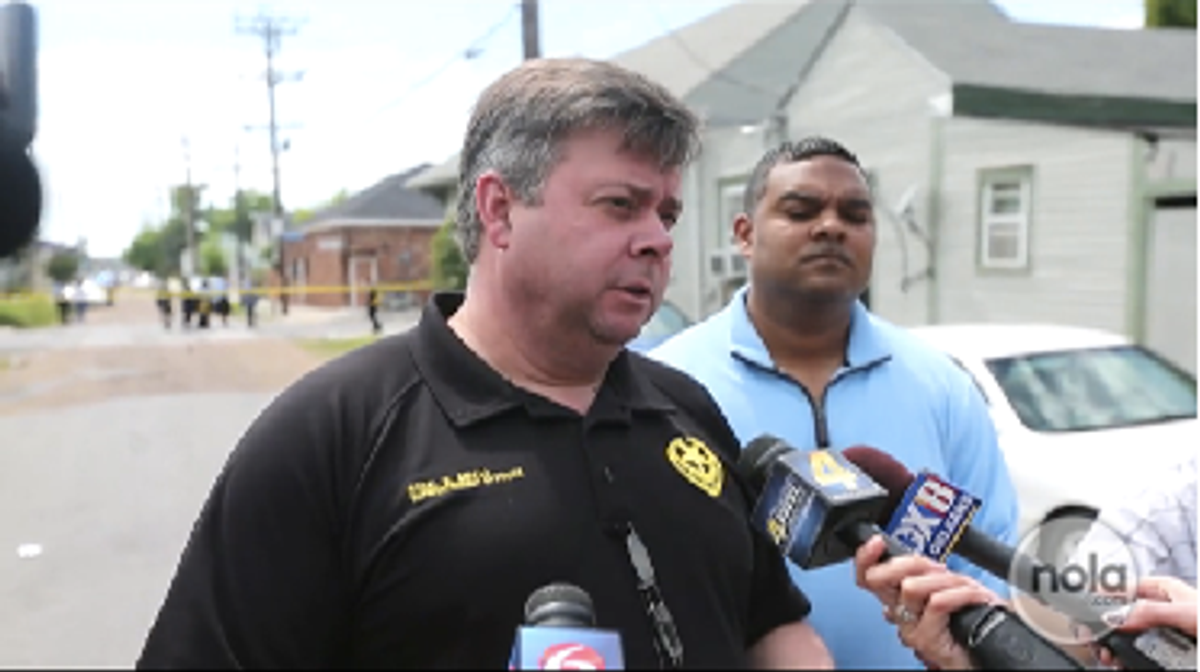 Nineteen people were shot and wounded at a Mother's Day parade in New Orleans on Sunday, with a 10-year-old boy and a 10-year-old girl among the injured. A majority of the victims were grazed by bullets, but three people remain in serious condition on Monday.

Shots rang out just before two in the afternoon in the 7th Ward on Sunday; the FBI attributed the incident to "street violence," not terrorism.

As reported by the New Orleans Times-Picayune:

While [NOPD Superintendent Ronal] Serpas said there were about 300 to 400 people participating in the Mother's Day second line, about 200 people apparently were in the area at the time of the shooting. Serpas said about 10 NOPD officers were spread throughout the second line. He said three people were seen running from the shooting scene.

"Obviously, this is an unusual circumstance," Serpas said. "We have second lines that occur in this city virtually every week at this time of the year."

Serpas added, "We can tell you without a doubt that we will find these guys. We will bring them into custody and make them pay for the crimes they committed today."

New Orleans' "second line," informal street parades led by marching bands and performers, have been interrupted by violence before.

"Me and mom were going to the second line," 7th Ward resident Shermaine Tyler told the Times-Picayune. "I told her I didn't want to go because there are always shots at a second line. And the second I heard shots, I heard shots fired, we ran outside and one man fell in my lap who had been shot."

"This is all ridiculous. We all bleed the same blood. We all come from the same God," Tyler told the paper. "Everyone is getting shot, and for what?"