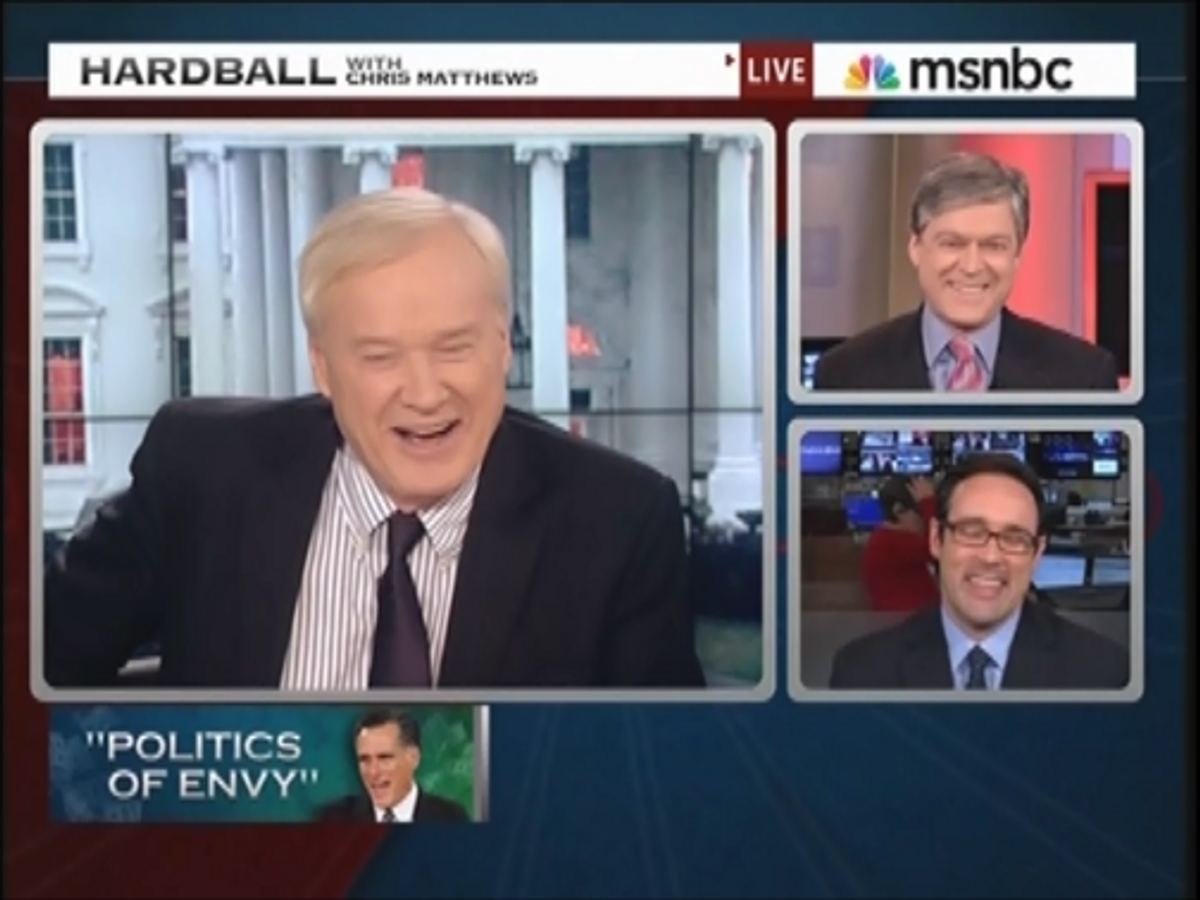 Progressive media organization Media Matters for America reviewed guests on 13 evening cable news shows on CNN, Fox News and MSNBC during the month of April and found that, across the board, guests and experts featured on each network were overwhelmingly male and white.

As noted by Media Matters, white men make up only 31 percent of the population, but represented 62 percent of guests on CNN, 60 percent on Fox, and 54 percent on MSNBC: Ethnic diversity was similarly skewed, as Media Matters explains: "Fox News had the largest proportion of white guests -- 83 percent. African-Americans were the largest non-white group on all networks, representing 19 percent, 10 percent, and 5 percent of guests on MSNBC, Fox, and CNN, respectively."

The report found that Chris Hayes on MSNBC had the most diverse guest ratios, as previous surveys also show. And how did he accomplish this, you ask? Quotas, he answers:

“We just would look at the board and say, ‘We already have too many white men. We can’t have more.’ Really, that was it,” Hayes says. “Always, constantly just counting. Monitoring the diversity of the guests along gender lines, and along race and ethnicity lines.” Out of four panelists on every show, he and his booking producers ensured that at least two were women. “A general rule is if there are four people sitting at table, only two of them can be white men,” he says. “Often it would be less than that.”

If they did end up booking a show that featured a majority of white men, they’d call it “taking a gender hit.” Hayes explains, “and then we’d be like, well, we have to make up for that either in the second half of the show or on the Sunday show.”

You can see the full report here.