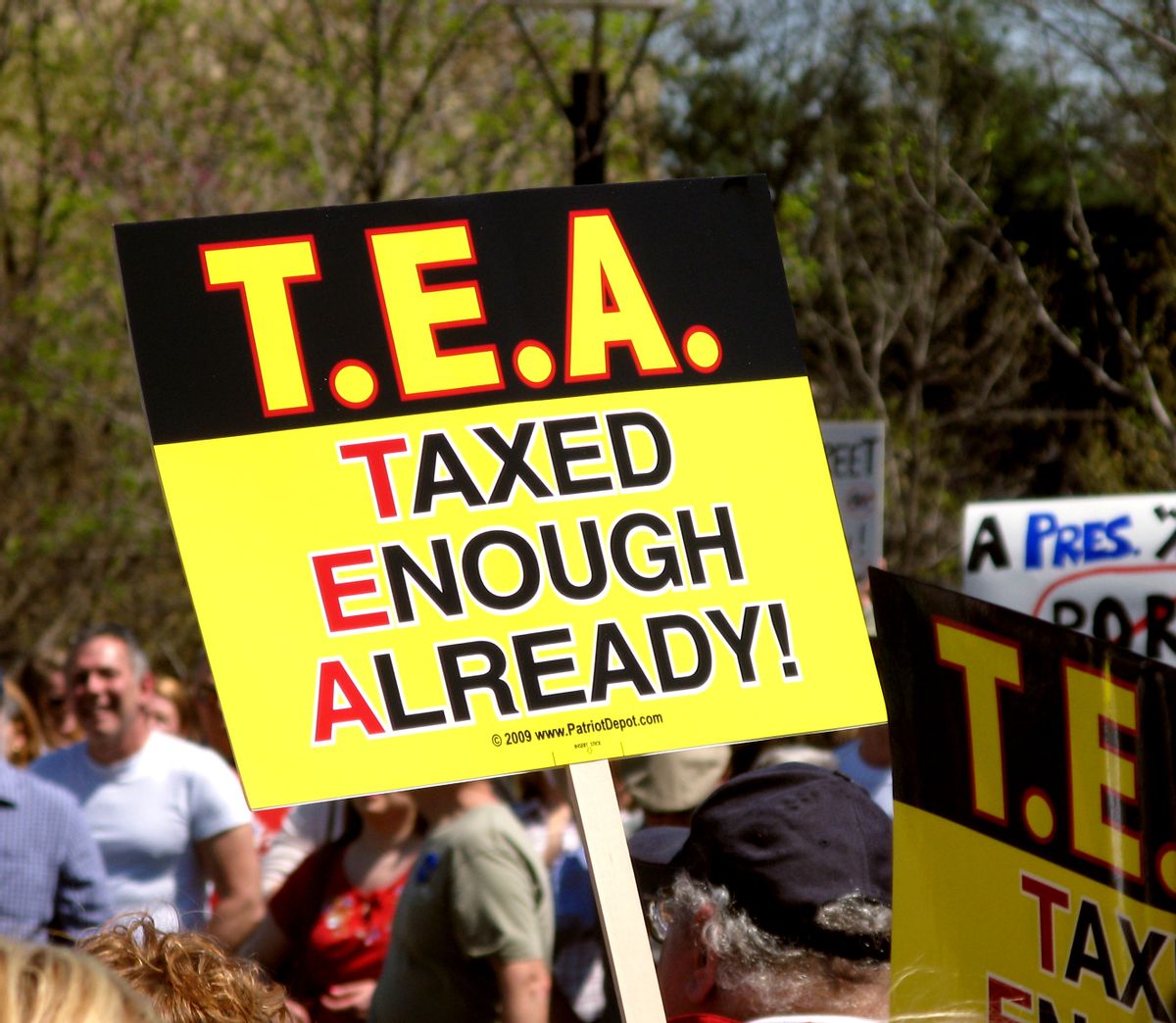 Update - 12:03 p.m.: In a press conference on Monday, President Obama called it "outrageous" the IRS did not operate on a "non-partisan, neutral" basis, adding that people are "properly concerned." If the allegations are true, he said, “I’ve got no patience with it. I will not tolerate it."

In a statement earlier Monday, White House Press Secretary Jay Carney said that the President "is concerned that the conduct of a small number of Internal Revenue Service employees may have fallen short" of the Administration's standard of conduct, and that if any rules were broken, Obama "expects that swift and appropriate steps will be taken to address any misconduct.”

An inspector general's audit of the IRS, set to be released this week, will reportedly show that the agency targeted a wider range of conservative groups than just those with "tea party" and "patriot" in the name, including groups that were generally critical of the government.

According to Reuters and the Wall Street Journal, who each obtained portions of the Treasury Inspector General for Tax Administration report, the IRS consistently shifted its criteria for scrutinizing groups since it began looking at Tea Partyers in 2010, at one point targeting those that focused on "Government spending, Government debt, or taxes; Education of the public via advocacy/lobbying to 'make America a better place to live;' and Statements in the case file (that) criticize how the country is being run."

The inspector general's office has been conducting an audit of the IRS's handling of the applications process and is expected to release a report this week. The audit follows complaints last year by numerous tea-party and other conservative groups that they had been singled out and subjected to excessive and inappropriate questioning. Many groups say they were asked for lists of their donors and other sensitive information.

On Sunday, a government official said the report will note that IRS officials told investigators that no one outside the IRS was involved in developing the criteria the agency now acknowledges were flawed.

On Friday, the IRS admitted to focusing on Tea Party groups, and Lois Lerner, director of tax-exempt organizations, apologized and called it "inappropriate." Reportedly, the IG report will show that Lerner and other high-level IRS officials knew about the targeting as far back as 2011, though Lerner reportedly raised concerns about it shortly after she was informed. The IRS has previously maintained that it was not singling out Tea Party groups -- most notably, previous IRS Commissioner Doug Shulman denied the charges before a congressional committee in March 2012.

House Majority Leader Eric Cantor has already promised hearings and investigations into the scandal, which, as the New York Times points out, is giving Republicans something to unite against:

Since last year’s elections, Republicans in Congress have struggled for traction on their legislative efforts, torn between conservatives who drove the agenda after their 2010 landslide and new voices counseling a shift in course to reflect President Obama’s re-election and the loss of Republican seats in the House and the Senate.

But the accusations of I.R.S. abuse are sure to fuel an effort that appears to be uniting dispirited Republicans and their conservative political base: investigating Mr. Obama and his administration. Republicans are pushing a portrayal of an administration overreaching its authority and punishing its enemies.