The woman behind Anonymous' Steubenville operation

How Michelle McKee, a 51-year-old woman from Washington state, sparked one of the collective's biggest operations 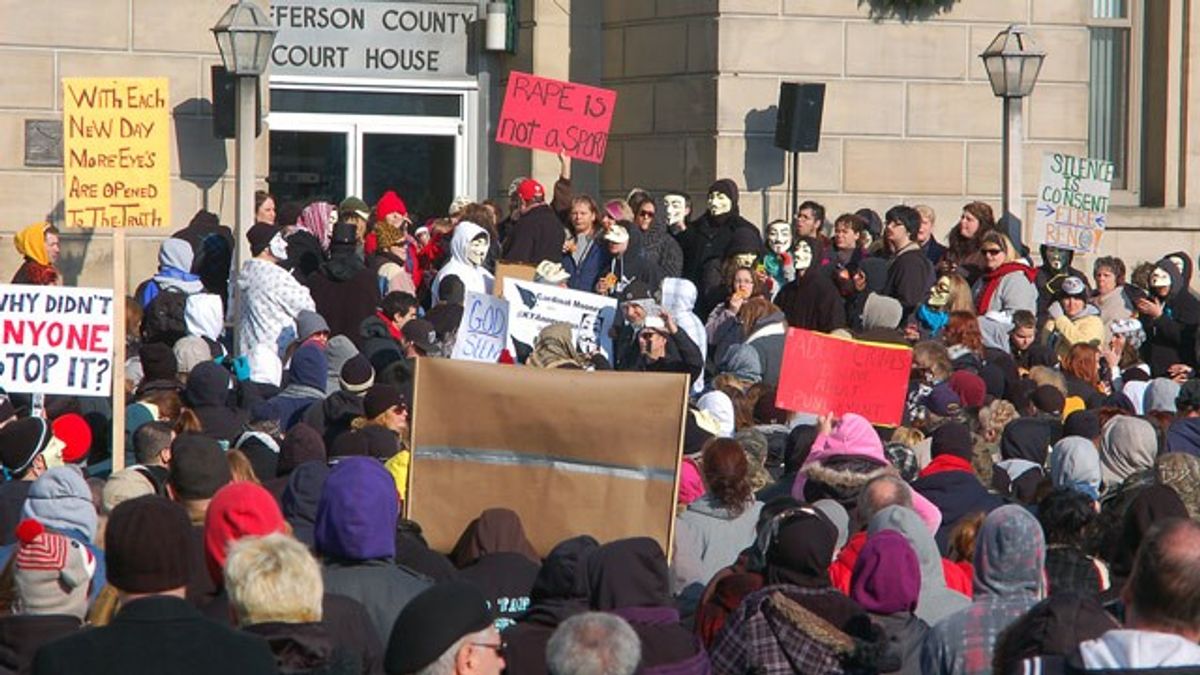 Before hacker collective Anonymous put the Steubenville rape case on the map, Michelle McKee, a 51-year-old activist in Washington state, had spent weeks trying to bring national attention to the assault and the community's role in covering it up.

As Josh Harkinson reports for Mother Jones, after calling journalists and applying pressure to the local high school with a blogger friend, McKee came across Anonymous' #OpAntiBully, an anti-bullying subgroup, and something clicked: "People from Anonymous came and kicked [cyberbully] ass," she told Harkinson. "And I'm thinking, this is what [the rape victim] needs," she said.

So McKee reached out to the group, uncertain of how they would react to her request to get involved; their interest was immediately sparked, as Harkinson reports:

New Year's Day came and went, and KnightSec — at the victim's request, according to [Anonymous spokesperson for the Steubenville operation] MC — refrained from publishing the players' private information. But KnightSec had reached out quietly to witnesses, and on January 2, its members released a different kind of bombshell: a video of Steubenville High graduate and Ohio State University student Michael Nodianos at a party on the night of the rape, laughing hysterically as he joked repeatedly about the victim being "dead" and getting peed on.

The now-infamous video went viral. Soon after, an anti-rape demonstration drew 2,000 people to the steps of the local courthouse, demanding accountability for the 16-year-old victim.

Anonymous' involvement pulled the Steubenville case from local obscurity and thrust it into the national spotlight, helping to keep pressure on local law enforcement and community members to hold the rapists -- and the parents, school officials and coaches who failed to report the assault -- accountable. It also served as a teaching moment for other Anons interested in conducting anti-rape operations, as Harkinson notes:

"One of the reasons I wanted to get involved to begin with was that I didn't really like the way that the stuff in Steubenville was handled at all times," says the Canadian op's secretive spokesman and ringleader, whom I'll call Fawkes... "I wanted the chance to work on an operation like this and have it go in a different direction."

Activists behind both operations are interested in continuing with the group's anti-rape organizing, using their PR savvy and larger-than-life media presence to build broad-based awareness and a united coalition around stopping sexual assault and holding abusers accountable. "I think there's going to be a lot more of this happening," Fawkes told Harkinson. "How can you say no? If this mom comes to you and says my kid was raped and the police won't help me and I know who did it, what are you supposed to do?"