Why all babies say "mama"

It's one of language's few universal words, for reasons that have nothing to do with maternal love 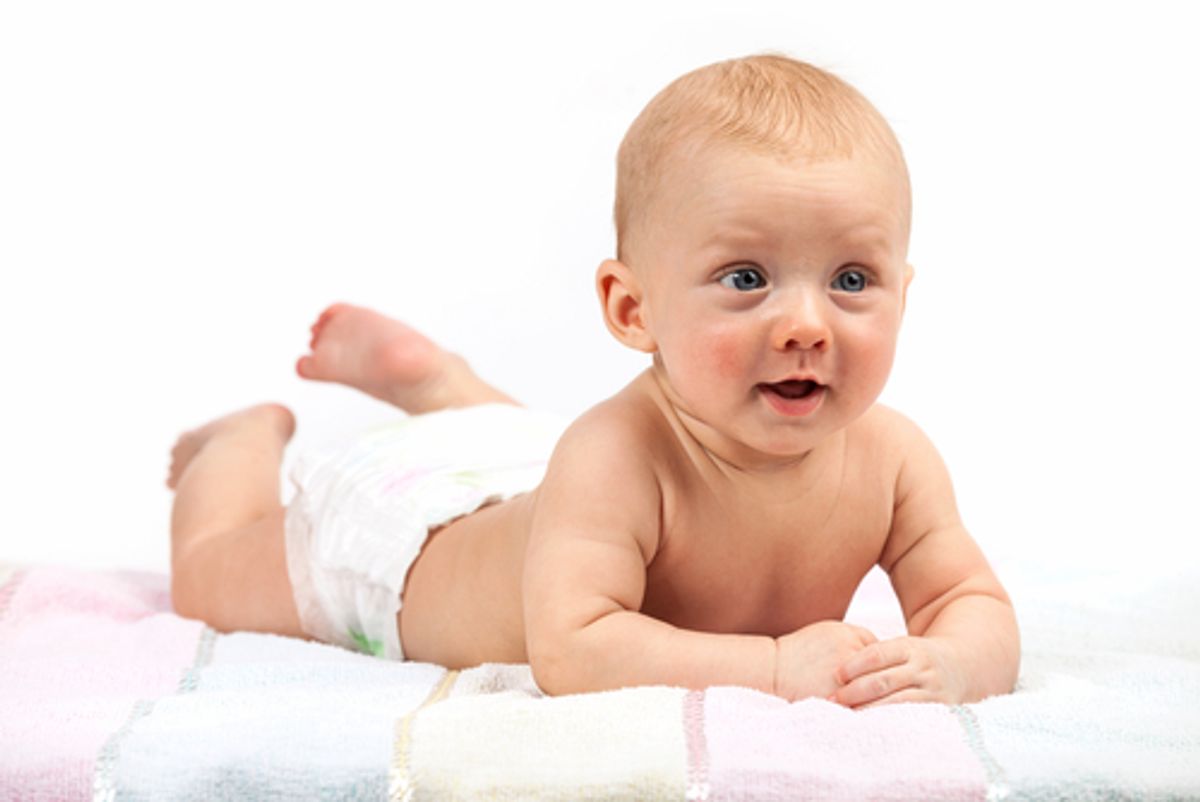 Every language has a word for water. In Swahili they call it maji. In Dutch Danish, it's vand. The Japanese say mizu. Even though these words describe the most common and plentiful life-giving substance on Earth, they have nothing in common linguistically. But why should they, evolving as they did on three separate continents among people with incredibly diverse histories and traditions?

But there is a word, and only one, spoken the same way in nearly every language known to humankind. That word, of course, is "mama."

"Mama" is a universal word, describing the woman who gave us the most cherished love in our most vulnerable state. Almost every language boasts a recognizable form of it. While it's true that most languages vary when it comes to the formal word mother, the intimate mama stays the same in each language.

But "mama" doesn't spring from love. It happens because of two things: Lazy little baby mouths, and boobs.

The definitive study on "mama and papa" as universal terms was conducted by Russian linguist Roman Jakobson. He explained that the easiest vocalizations for a human to make are open-mouth vowel sounds. Babies can make vowel sounds (cries) from day one. And they do. Constantly. As they begin to experiment with making other noises, babies will test some of the easier consonant sounds. Usually they start with the sounds made with closed lips, or "labial sounds" such as /m/ /p/ /b/. Babies summon their energy to push out that new consonant sound "MMMM" and then relax into an open mouth vowel, usually "ah" — which is the easiest. When you combine that with a baby's natural repetition in speech, or "babbling," you get " ma-ma", "ba-ba" "pa-pa," and so on.

So why do babies gravitate to the "m" sound instead of "p" or "b"? Because of breasts, of course! The "m" sound is the easiest for a baby mouth to make when wrapped around a warm delicious breast. Even as adults, we still associate "mmm" with something being yummy and good. So does your baby.

Jakobson's work suggest that your baby has no idea your name is Mama, (or Dada for that matter). Mama doesn't mean "I love you, sweet angel-woman, sacrificer of sleep, career, and buttock firmness." It means "food."

So when a baby calls its father "mama," and gets increasingly disturbed when the father does not become mama, the child is not actually asking for its mother. The child is recognizing that the hairy flat-chested lunk trying to sing "Little Bird" to it is NOT Primary Food Dispersal Unit #1. And Primary Food Dispersal Unit #1, or the suitable latex substitute she usually holds, should be brought forth as quickly as possible.

The Jakobson study predates the feminist movement, and doesn't touch much on the role of men as primary care givers. We can assume the same pattern of speech develops, but is re-arranged through parental guidance, so that a baby soon learns that saying "da da" will bring food, even if no boobs are involved.

Parents encourage the baby's speech, and help refine its inflection to their particular language. Soon "mama" and "papa" begin to represent the actual people in the child's life, no matter how diverse those lives are. So whether or not the child wakes at night asking for vand, mizu, or maji, it will likely be Mama they're asking to get it.