Angelina Jolie’s choice not the only one

Low-income and younger women especially need to know: Mastectomy is not only way to deal with breast cancer risk 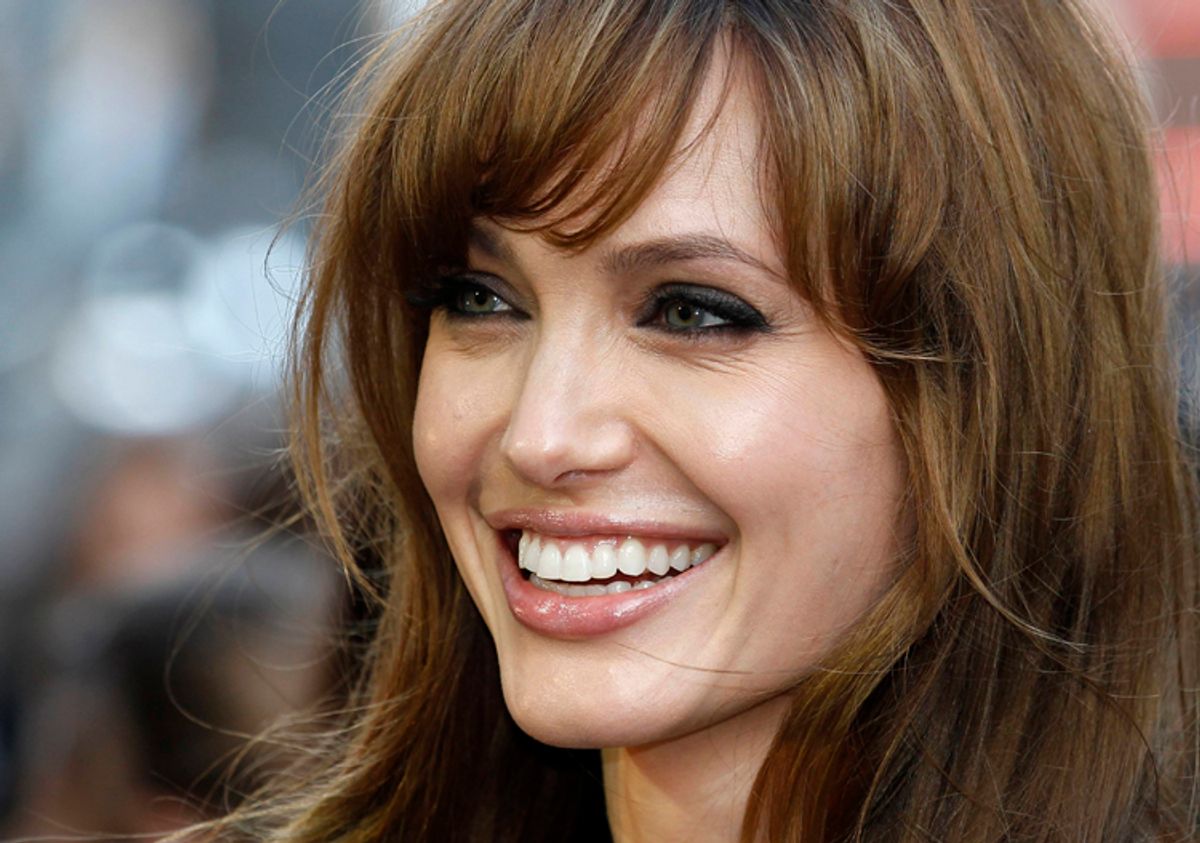 It takes courage for an international sex symbol (and renowned actress and humanitarian) to tell the public she had a double mastectomy. So I applaud Angelina Jolie for writing an excruciatingly detailed New York Times Op-Ed about the choice she made after she learned she carried a mutation of the BRCA1 gene, which put her at high risk for breast cancer. She watched her mother die of ovarian cancer at 56, and her anxiety over cancer risk led to her genetic screening.

I faced a similar anxiety: My mother died of breast cancer at 45; my grandmother was diagnosed at 48 and survived. Like Jolie, after I had a child, I became increasingly anxious about my own risk. There was no genetic testing 20 years ago, so I consulted a variety of doctors, including a genetic counselor. I was told I had an elevated risk of breast cancer, though it couldn’t be quantified (Jolie’s doctors estimated hers was 87 percent). At least one doctor recommended a double mastectomy. Another cautioned against it, noting that it can’t eliminate all risk of breast cancer (Jolie’s is now estimated at 5 percent). He railed at surgeons describing the breasts of women like me as “ticking time bombs” and advising unnecessary prophylactic mastectomies.

I don’t know what I’d have done if I’d been told my risk was 87 percent. I do know that I chose a course of rigorous medical follow-up: an annual screening mammogram (where a radiologist reads the results immediately) and twice-yearly breast exams by a surgeon. The tiniest cyst gets emergency attention; I’ve had biopsies and ultrasounds and needle aspirations. When BRCA testing became available, I opted against it. Now, having made it past 50, it’s unlikely I carry the gene, since it tends to strike women when they’re younger. I’m so glad I didn’t listen to the alarmist doctor who wanted to treat my breasts like “ticking time bombs.” But I continue with aggressive oversight to this day.

I hope Jolie’s Op-Ed motivates women to take control of their health, getting tested if they have a strong family history of breast cancer and taking steps to minimize their risk. It must also be said that double mastectomy isn’t the only answer, and isn’t the right answer for every woman.

Genetic testing is expensive – around $3,000 – and is rarely covered by insurance. Low-income and younger women might have reasons not to opt to remove their breasts. It’s unlikely poor women would find the level of care Jolie did, with careful attention to protecting their nipples (and with it, possibly, sexual sensation) and aesthetically pleasing reconstruction. A younger woman who doesn't already have children might not want to lose her breasts before nursing.

It would be a shame if Jolie’s detailed story scared some women out of being tested. It is possible that the careful monitoring and screening I chose is better even for some women who carry the mutation.

Dr. Richard Francis, the head of research at the respected British agency Breakthrough Breast Cancer, warns the Guardian that preventative mastectomy isn’t the right treatment for every woman with the gene:

For women like Angelina it's important that they are made fully aware of all the options that are available, including risk-reducing surgery and extra breast screening. Though Angelina decided that a preventative mastectomy was the right choice for her, this may not be the case for another woman in a similar situation. We urge anyone who is worried about their risk of breast cancer to talk it through with their doctor.

It would be wonderful if Jolie’s essay motivated more women to learn more about their breast cancer risk. It would be sad if it scared them out of screening, or into getting unnecessary mastectomies.

Correction: Like many people, I originally wrote that Jolie carried the BRCA1 gene; in fact, we all carry it. The problem is a mutation to the gene. I regret the error.