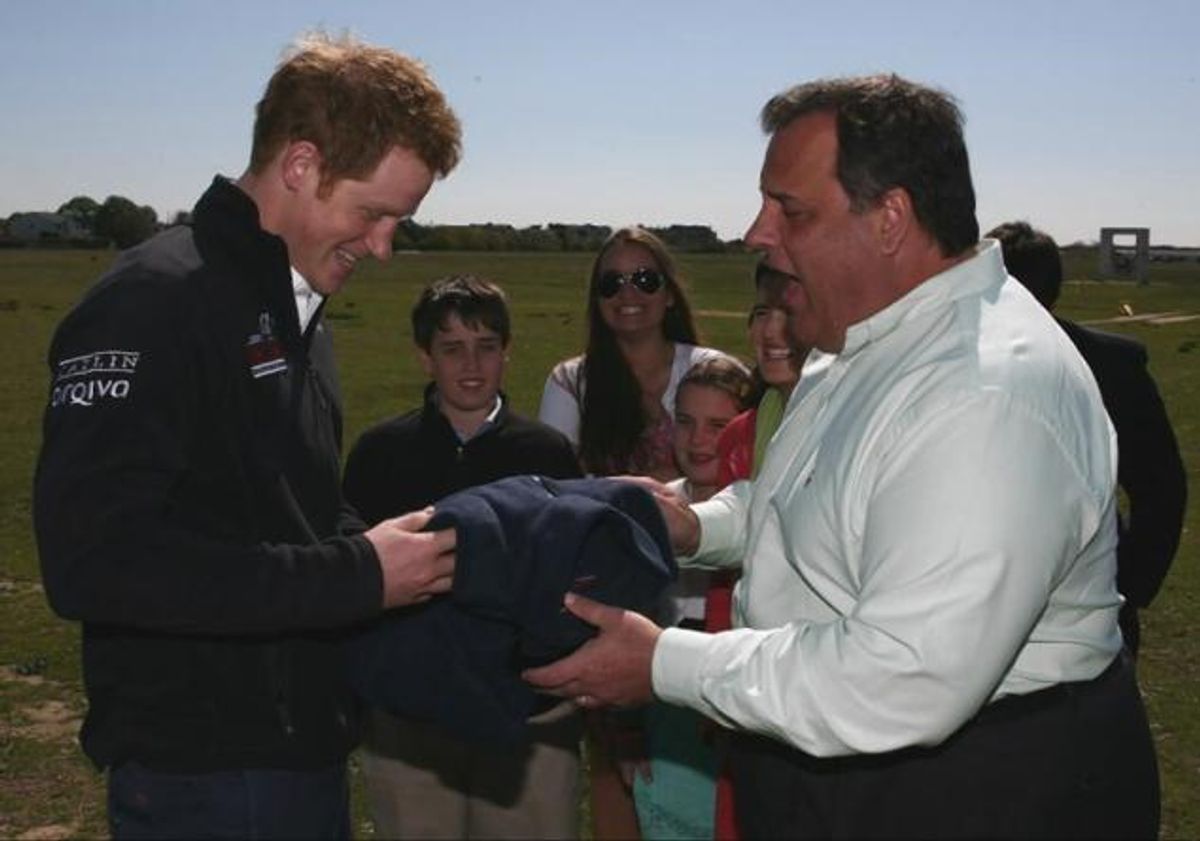 Prince Harry is back in the U.S. and this time, presumably, staying out of trouble. Along with New Jersey Gov. Chris Christie, the British royal toured New Jersey's Mantoloking and Seaside Heights, two neighborhoods still recovering from the damage wreaked by Superstorm Sandy in 2012.

“Believe me, nobody’s going to get naked if I’m spending the entire day with Prince Harry,” Christie joked during a radio interview. The governor also presented Prince Harry with a "royal fleece," a nod to Christie's much-parodied fleece that's "basically fused" to his skin: