While other companies sign on, two mega-retailers have refused to support a legally binding worker safety plan 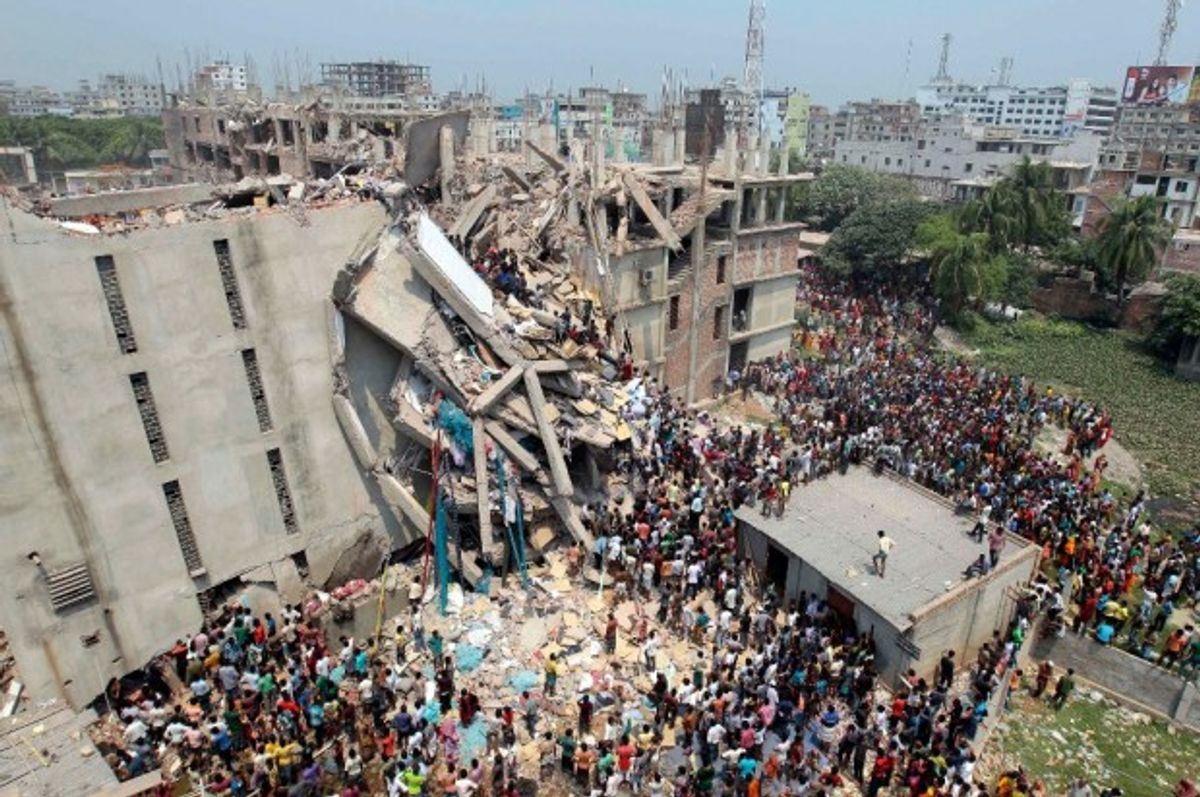 Wal-Mart and the Gap have yet to join retailers like H&M and Zara in signing a legally binding fire and building safety agreement to ensure safer working conditions in Bangladesh's garment factories.  The accord calls for companies to help pay for transparent, independent factory safety inspections, and for a greater role for workers and unions in ensuring factory safety.

Gap said it was ready to sign on "today" to an agreement already endorsed by European companies, including Italian clothing retailer Benetton, Britain's Marks & Spencer, Sweden's H & M Hennes & Mauritz AB and Spain's Inditex SA, but first wanted a change in the way disputes are resolved in the courts.

"With this single change, this global, historic agreement can move forward with a group of all retailers, not just those based in Europe," Eva Sage-Gavin, an executive in Gap's global human resources and corporate affairs department, said in a statement...

Walmart did not say whether it planned to sign the accord. But on Monday it released an unusually blunt and detailed public statement, asking the government to halt production at Stitch Tone Apparels in Chittagong, Bangladesh, and to inspect Nassa Group's Liz Apparels Ltd factory complex in Dhaka.

Labor advocates are hopeful that the involvement of major retailers like H&M and public outrage over the deaths of 1,127 garment workers in the collapsed Rana Plaza garment factory will pressure companies like the Gap to sign the agreement. The deadline to sign on is May 15.