Is the knuckleball an optical illusion?

New research suggests that the pitch doesn't bob and weave suddenly; it just seems to 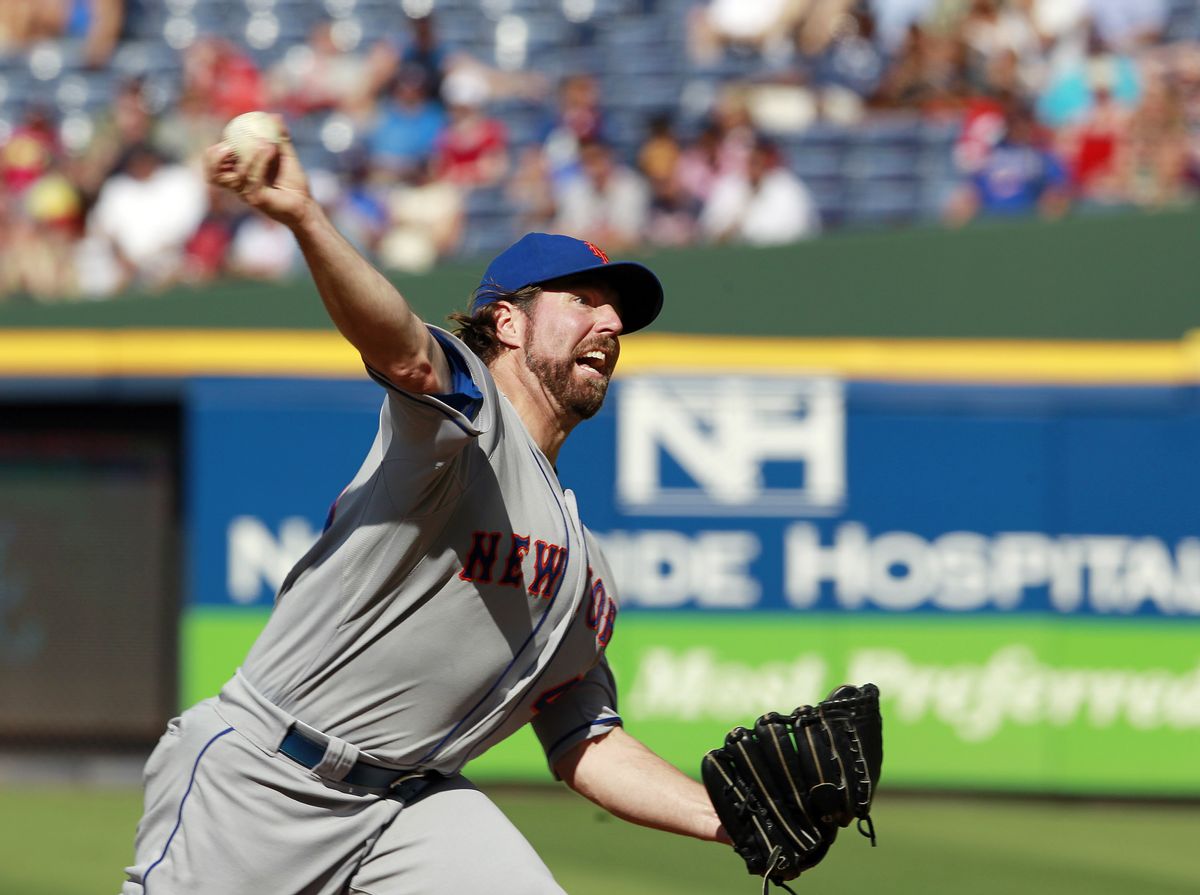 STANDARD baseball pitch—slider, curveball, fastball—seems to slavishly follow the laws of physics, making it possible to predict where a ball will go and how it will get there. The knuckleball is different. It appears to dip suddenly, dart to one side or the other, or—when you least expect it—to float in straight over the plate. Hitters are left flailing desperately at it. On a six-game streak last season, pitcher R. A. Dickey struck out sixty-three batters and gave up a single unearned run. And yet Dickey, who joined the Blue Jays this season, is the only active knuckler in the major leagues. When he won the National League Cy Young Award in 2012, he was the first knuckleball pitcher ever to do so.

Set against the heroics of home run hitters and base stealers, even the most successful knuckleball pitchers are seen as curios. The pitch is thrown at an unimpressive velocity, seldom hitting more than seventy or eighty miles per hour, while the best fastballs can crack 100 mph (baseball is still measured in imperial). It’s considered the pitch of second chances: because of that leisurely velocity, knuckleballers’ arms don’t wear out. Its reputation for unpredictability is both a blessing and a curse. Even Dickey doesn’t know how he will perform from day to day, or what will happen after the ball leaves his grasp, and while he may have led the National League in strikeouts last season he also gave up twenty-four home runs. Only fourteen pitchers in the league gave up more.

To understand why the knuckleball seems so perverse, we must first consider a standard pitch and why a baseball curves when it’s spinning. Imagine you’re hovering over a baseball as it leaves the pitcher’s hand, spinning clockwise as it makes its way to the plate. A thin layer of air, called the boundary layer, momentarily clings to the surface of the ball, then separates as the ball moves on, creating an outboard motor–like wake behind it.

On the right, the boundary layer and the air flowing past it are moving in the same direction. But on the other side, the left, things are very different. The boundary layer is turning into the oncoming air, forcing it to separate sooner than on the right. This shifts the wake over to the left side of the ball, pushing the ball to the right.

So the ball we’re following will curve left to right; an over spin (imagine it rolling forward) will drive it down or to one side. That’s the major-league curveball. Add an under spin (so the bottom moves forward and up), and you have a fastball that seems not to drop at all on its way to the plate. All predictable.

But the knuckleball doesn’t spin, at least not much. In 1975, wind tunnel tests at Tulane University in New Orleans showed that a very slowly rotating knuckleball—a mere quarter turn from pitcher’s mound to home plate—could be pushed one way, then the other. It’s all about the stitches.

There are 216 stitches on a baseball, arranged in a figure eight, the equivalent of mountain ranges on the otherwise smooth surface. Air flowing past a slowly rotating ball will suddenly encounter the stitches, and push the ball in an unpredictable direction with unpredictable speed—especially if the boundary layer happens to meet a stitch exactly where it’s separating from the ball.

Yet, the more the pitch is studied, the more mysterious it seems. Physicist Alan Nathan from the University of Illinois recently used a video tracking system to analyze it further. Examining data from 2011 games pitched by Dickey and retired knuckler Tim Wakefield, Nathan concluded that, contrary to the opinion of every batter who has faced a knuckleball, the ball follows a smooth trajectory. It doesn’t bob and weave suddenly; it just seems to.

This could be another example of batters’ perceptions being fooled, not unlike the so-called rising fastball, which doesn’t rise at all. It just doesn’t drop as fast as batters assume it will. This surprising finding prompted Nathan to suggest that the apparent fluttering and zigzagging may be a trick of perception. As the pitch rotates extremely slowly, the orientation of the seams is actually visible to the batter, instead of being the usual blur. It may be that the seams’ movement is confused with that of the ball. “Knuckleballs,” he ventures, “are more like bullets than butterflies.” Only further experiments will tell us for sure. In the meantime, we can be certain of one thing: that the knuckler is the most beautifully bizarre phenomenon in all of baseball.