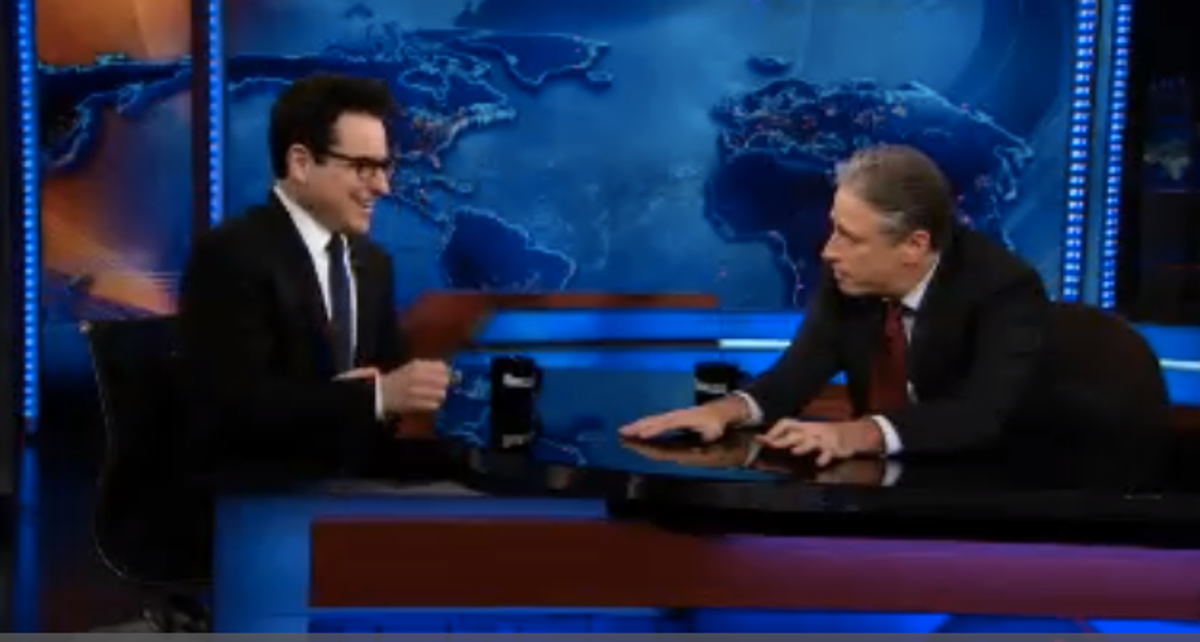 "The interesting thing to me was I stopped listening to when said you didn't like 'Star Trek.' I know you what happened cause your mouth was moving after that. So I'm assuming you apologized," joked Stewart.

Abrams then gave Stewart, who is taking a hiatus from "The Daily Show" to direct his first film, pointers on film directing: