Who doctored a White House email? 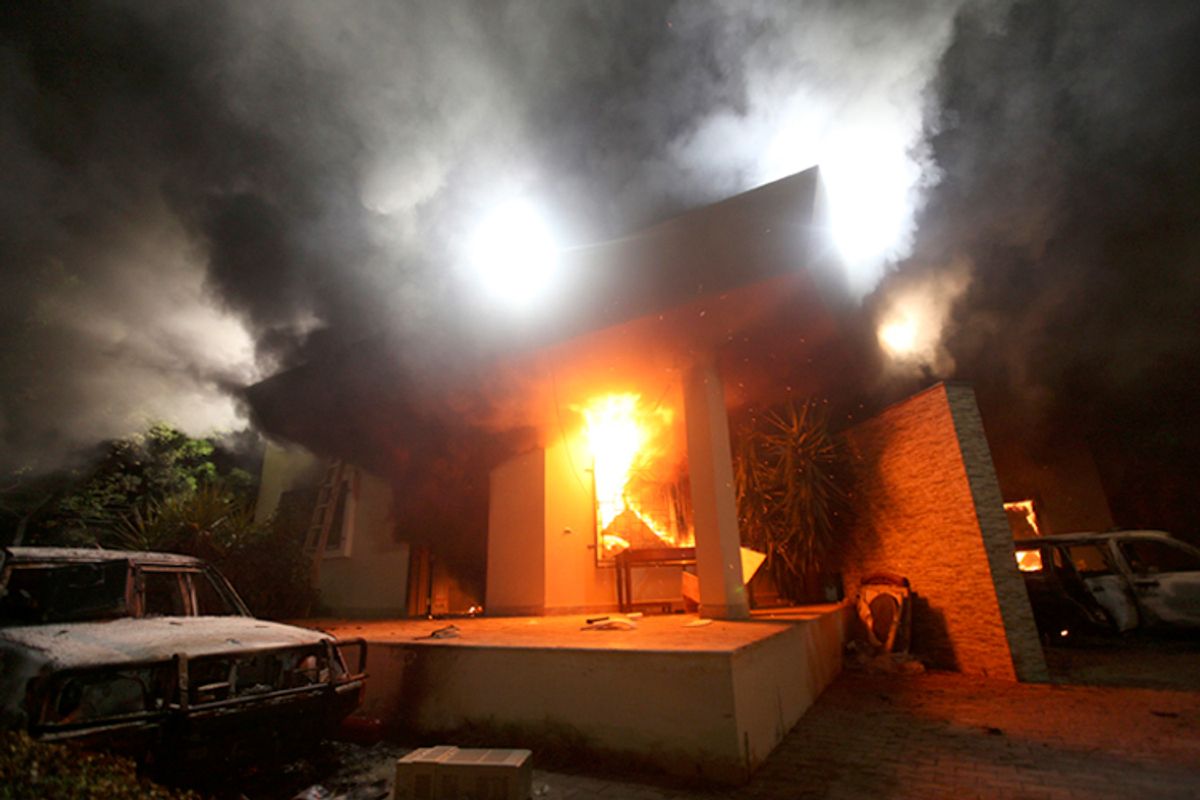 Was ABC News used by someone with an ax to grind against the State Department? It looks possible. A key email in its “scoop” that the administration’s “talking points” on Benghazi had been changed a dozen times came from White House national security communications adviser Ben Rhodes. It seemed to confirm that the White House wanted the talking points changed to protect all agencies’ interests, “including those of the State Department,” in the words of the email allegedly sent by Rhodes.

But CNN’s Jake Tapper reveals that Rhodes’ email didn’t mention the State Department, and doesn’t even seem to implicitly reference it. The email as published by Karl differs significantly from the original obtained by Tapper.

According to ABC’s Jonathan Karl, Rhodes weighed in after State Department’s Victoria Nuland, who expressed concerns about the way the talking points might hurt “my building's leadership.” ABC quotes Rhodes saying:

We must make sure that the talking points reflect all agency equities, including those of the State Department, and we don’t want to undermine the FBI investigation. We thus will work through the talking points tomorrow morning at the Deputies Committee meeting.

The email obtained by Tapper is very different.

Sorry to be late to this discussion. We need to resolve this in a way that respects all of the relevant equities, particularly the investigation.

There is a ton of wrong information getting out into the public domain from Congress and people who are not particularly informed. Insofar as we have firmed up assessments that don’t compromise intel or the investigation, we need to have the capability to correct the record, as there are significant policy and messaging ramifications that would flow from a hardened mis-impression.

We can take this up tomorrow morning at deputies.

You can read the original here.

Significantly, the Rhodes email doesn’t even mention the controversial Benghazi talking points. Reporting by Stephen Hayes of the Weekly Standard paraphrased Rhodes’ email the same way – to depict him jumping in behind Nuland and protecting the interests of the State Department. Some on the right have suggested Karl and Tapper might be talking about two different emails, but in the ABC and CNN stories, the emails are dated identically, 9/14/12 at 9:34 p.m. Tapper provides the original; Karl did not.

Presumably, someone changed Rhodes’ email before leaking it to Karl, but ABC News hasn’t replied to the scoop by Tapper (who used to work there). ABC’s story added fuel to the Benghazi fire; we’ll see if CNN’s helps put it out.