Angelina Jolie's most thrilling decision: Robbing her breasts of their cultural power

Male film critics will have less to ogle, but perhaps now audiences will equate her physicality with strength 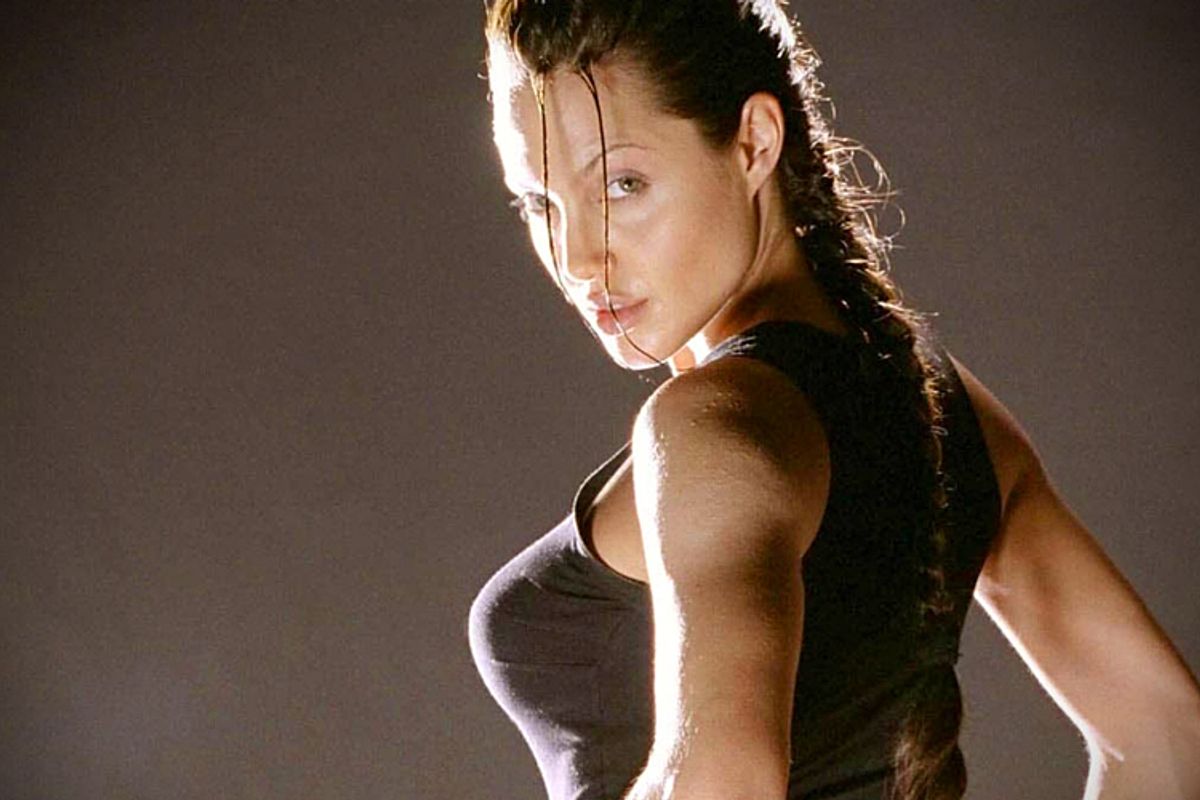 Perhaps the most difficult, lifelong challenge faced by female actors and, for that matter, by all women, is the challenge of escaping their bodies and into less material worlds — the worlds of character, of mind, and, arguably, thus, of freedom. The sad fact is that while leading men draw audiences with charm, leading women draw audiences with their flesh.

Of course, this has occurred to Angelina Jolie. One gets the feeling that she has been on a career-long quest to get audiences to correlate female physicality with strength, instead of just sex. She seems to seek out roles that connect body with different forms of strength, from the wiseacre, physical strength of Lara Croft in "Lara Croft: Tomb Raider" and later Jane Smith in “Mr & Mrs. Smith,” to the emotional strength of Lisa Rowe in “Girl, Interrupted,” to the courageous resolve of Mariane Pearl in “A Mighty Heart,” to the independence of Evelyn Salt in “Salt.”

The very best actors play out their most personal, psychological and political explorations in their choices of role. And Jolie has been on a very interesting road for some time. Yet, something about her New York Times Op-Ed about her double mastectomy was different.

When Jolie starred as Croft, most of the media attention focused on her body, specifically, on the fact that a woman with two of the most fabulous breasts on the planet had to have them enhanced with prosthetic inserts, in order to portray her popcorn heroine adequately.

As three of the nation's prominent film critics wrote at the time:

Roger Ebert: “Lara Croft is a major babe…. It is cold on the tundra, and everyone wears fur-lined parkas. Everyone but Lara, whose light gray designer cape sweeps behind her so that we can admire the tight matching sweater she is wearing, which clings tightly to those parts of her body that can be found a foot below and a little to the front of her great ears…. She looks great, is supple and athletic.”

Rolling Stone's Peter Travers: “Among the special effects, the stone monkeys rock, but you might be more distracted by the fact that Jolie's breasts seem to balloon and deflate from scene to scene.”

Slate’s David Edelstein: “Male stars tend to project either a gee-wiz diffidence or a manly stoicism; they rarely acknowledge that the mayhem is a substitute for getting laid. But Jolie telegraphs, ‘Come and get it, big boy.’ With her pistols strapped to her bare thighs, she goes spread-eagled under an attacking robot and then comes up firing, laughing as she takes the colossus down.”

Jolie addressed this cultural discussion of her breasts in a June 2001 interview with Prairie Miller of the website Nyrock.com, who asked Jolie: “What changes did you go through for your, you know, bust-out role as Lara?”

“C'mon, I'm not so flat chested to begin with. When I wear a tight T-shirt, I look a certain way. So it wasn't like we had to completely change me. You know, we just had to enhance me a little.”

“So we still made it Lara Croft, but we didn't go to any extremes. And Lara doesn't apologize for herself, and for having that, you know, recognizable shape. So I'm not going to apologize for her either. Personally, I wouldn't want those breasts. They seem kinda funny to me.”

“But we did want to put in something for those hardcore game fans. Lara has those big breasts in the game. We didn't want to make them as big as in the game, but at the same time we didn't want to take away from her the things that are, you know, her trademarks.”

“But I don't know what all this fixation is about anyway. There are certainly lots of women in movies with big breasts. I mean, there are a lot of actresses with huge breasts, and characters with nothing but cleavage.”

What Jolie has done with her announcement this week is take one of the most sexualized bodies in the history of American culture and transformed that body into a force for good, spanking all of the creepy male film reviewers and audience members who weren’t getting her message. Jolie, now famously, writes in her Op-Ed: “Life comes with many challenges. The ones that should not scare us are the ones we can take on and take control of.” But she didn’t just take control of cancer. She took control of something much more elusive, wild and damaging — her body’s reception, the ways in which her physicality is received and theorized.

From now on, her breasts will no longer be big, firm or “supple.” They won’t even serve as a public symbol of her fertility or of her interest in the task of mothering. Her breasts are now something more matter-of-fact. They are simply dispensable physical objects. She absolutely robbed them of their cultural, symbolic power. And what’s so completely thrilling about this, is that she did it on her own, one single woman — one single decision — against the machine.

I was never that into Lara Croft, Jane Smith or Evelyn Salt. But Jolie is my new hero.