The Benghazi/IRS/AP trifecta was the moment critics of Obama and the government had been waiting for. Or was it? 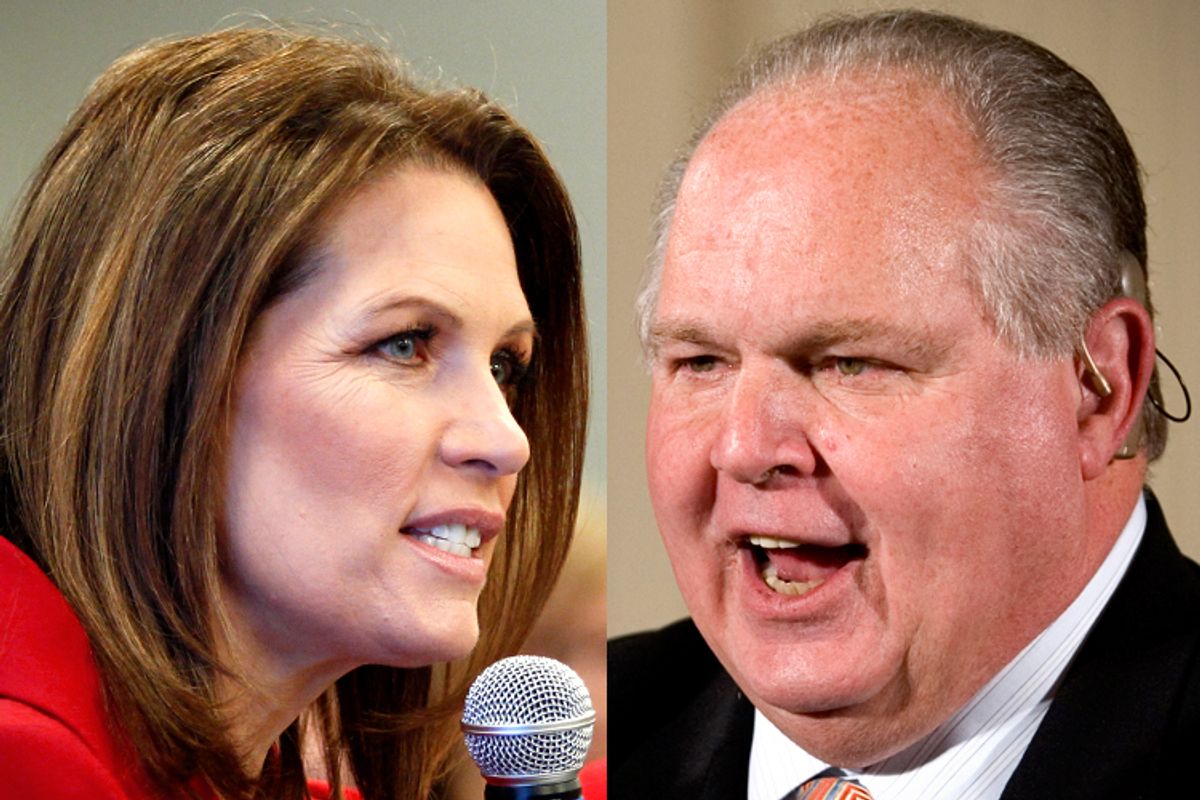 If you spend every hour of your working life inventing new ways to attack Barack Obama or the government (or both), this is a very good week for you -- or at least it should be. After trudging through the deserts of Benghazi and Fast and Furious for four years, trying to extract any tiny drop of scandal from stone, now suddenly comes manna from heaven, courtesy of the IRS and its misguided attempt to prevent political groups from taking advantage of the nonprofit tax code. Then, even before you could digest the first course, the Department of Justice snoops on reporters. Glory be to Ronald Reagan’s ghost! The Promised Land of Impeachment can’t be far off.

Three scandals, one week? It’s almost too good to be true. What if it is?

For some of Obama’s biggest and most imaginative critics, the abundance of scandal stinks to high heaven and suggests the White House is intentionally drowning itself in controversy -- for some reason. Jon Stewart predicted the IRS scandal would confirm every anti-Obama conspiracy theory out there, but instead, Michele Bachmann, Rush Limbaugh and Alex Jones smell a rat about the scandals, themselves (call it a meta-conspiracy).

They seem to have gotten so good at scandal alchemy that they don’t know what to do when someone hands them solid gold. When handed a real conspiracy, they instead are building a new conspiracy on top of it that dismisses the old one.

In an interview with WorldNetDaily -- so we already know it’s going to be good -- Bachmann said she thought the Obama administration intentionally released embarrassing news about the IRS targeting the Tea Party in some kind of elaborate Wag the Dog-style plot to distract from Benghazi:

Bachmann said the IRS announcement of misbehavior was intended to provoke conservatives and draw their anger and attention.

“I was in that Benghazi hearing,” she told WND. “I think the Obama administration is desperate to spin Benghazi, and they can’t. I think they saved this story up for a day like today so that conservatives would focus on this admission.”

It won’t work, she insisted.

“Conservatives can handle two shocking stories at the same time,” she said. “Both are equally unconstitutional and call into question the very president.”

This makes no sense, even for Bachmann. Why would the White House want to trade a 70 percent bogus scandal for a 70 percent real one? And if they did want to distract from Benghazi, there has to be a better way than manufacturing negative information about yourself. This is a bit like a child intentionally peeing himself to "distract" his classmates from the fact that his pants just fell down.

Incidentally, Bachmann also wondered if the IRS precedent means the Obama administration “will deny or delay access to healthcare” for conservatives under Obamacare. "It now is an entirely reasonable question for the American people to ask,” she said.

But shockingly, this "fight scandal with scandal" notion is not unique to Bachmann. Roger Aronoff, the editor of the conservative media watchdog group Accuracy in Media, worried that the IRS scandal “threatens to overshadow Benghazi." Rush Limbaugh laid out a related “theorem” on Monday, adding a splash of Obamacare. The idea is that media, at the behest of the White House, is being overly aggressive on the IRS scandal because it wants to get it over with so that the IRS then can be left to implement Obamacare. “The media is never on our side,” Limbaugh said of the negative coverage of Obama.

He also downplayed the AP snooping, predicting that the media is so sycophantic that “in two weeks, this will be forgotten, they will have made up over this and it’s not going to be that big of a deal.” He added that he hopes he’s wrong, but doesn’t expect to be.

Meanwhile, Alex Jones is dropping the ball almost entirely. Long before anyone paid attention to him, Jones was harassing the Bilderberg Group, an annual meeting of 140 prominent Americans and Europeans that conspiracy theorists have long asserted is the kind of politburo of the global deep state. Jones had a big “scoop” this week on the Bilderberg, reporting that they’re “merging with Google under the stewardship of Google CEO Eric Schmidt, a regular Bilderberg attendee.”

As it turns out, Both Google and Bilderberg are holding meetings within days of each other at the Grove Hotel in the U.K., and “we were able to confirm in conversations with hotel managers and others that the Grove is now a central base for Google’s agenda to control the global political and technological landscape.”

Bilderberg is supposed to meet in a few weeks at the Grove, but Jones said sources tipped him off that the meeting had been moved up and expanded, so he sent his best researcher, Paul Joseph Watson, across the Atlantic to investigate, leaving him short-staffed at home.

Jones’ websites have plenty of content about the IRS scandal, but it’s mostly reprinted from other sites. We were unable to find any kind of analysis explaining the conspiratorial significance of the targeting of Tea Party groups.

An hour-long interview with "Law and Order: SVU" star Richard Belzer, who has several books on conspiracy theories and is a regular guest on Jones’ show, is billed as being about the IRS and Benghazi controversies, but Jones and Belzer spent more time talking about the new Tom Cruise movie “Oblivion” and the Boston bombings "false flag" than they did about the very real IRS controversy.

Why would Bachmann, Limbaugh and Jones, who have never met an Obama conspiracy theory they didn’t like, pass up this one? Because the truth is way less sexy than fiction. When you’ve been claiming for years that Obama is willing to manipulate hurricane forecasts for political gain, or use census records to round up political opponents, or deploy drones to kill journalists and political enemies, then asking a few dozen Tea Party groups for some extra paperwork is small potatoes.

And there’s little room to add value here -- the dots are already connected, the mainstream media is on board and the administration is taking action. The system seems to be working and you certainly don’t want to highlight that if your livelihood depends on convincing people the system is always rigged against them. What's more, actual attention-grabbing scandals covered by the mainstream press may not be ideal, from a business perspective, for professional skeptics; if viewers can get coverage about them from regular news outlets, there's less incentive for them to go to the conspiracists. Hence, it may be better for the Joneses and Limbaughs to publicly doubt the scandals' veracity or relevance.

There’s also an intellectual poison pill that comes with the IRS and AP scandals. With Benghazi and Fast and Furious, conservatives insisted the media was ignoring the controversies to protect Obama. But the media is all over these two newer scandals. “Why is the media hammering away at the IRS scandal?” Glenn Beck’s the Blaze asks, noting journalists were reluctant to make hay of out Benghazi at first.

Finally, it could also show that the media is doing its job by downplaying the mostly bogus Benghazi scandal and focusing on the mostly real IRS scandal, and that it's willing to attack Obama when deserved. But it seems, ironically, they'd rather have the media ignore the scandals than pay attention to them, because at least that way it confirms their media bias narrative.