A critically ill woman testified before the Supreme Court Wednesday, asking the justices for an urgent abortion 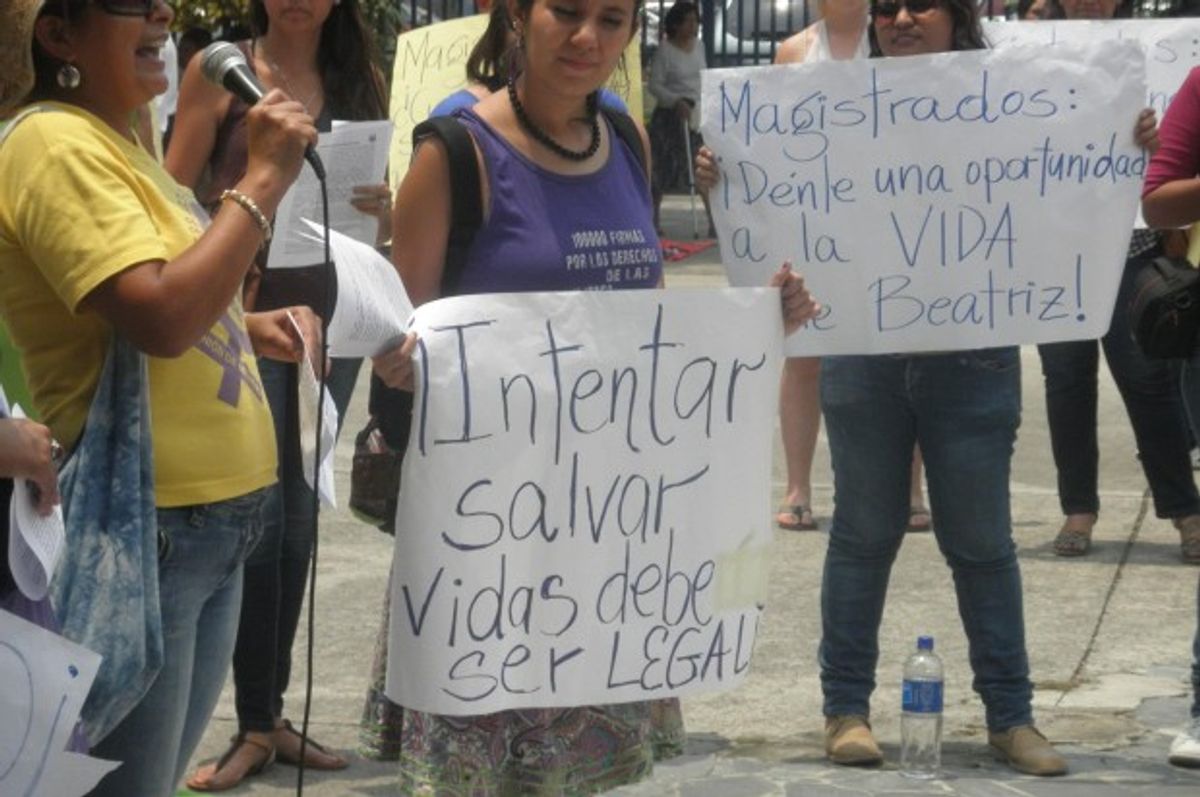 A critically ill and pregnant 22-year-old woman in El Salvador testified before the Supreme Court on Wednesday, asking the justices to grant her a life-saving abortion.

As Salon has previously reported, the woman, identified only as Beatriz, is 23 weeks pregnant with an anencephalic, non-viable fetus. Beatriz's doctors have testified that complications related to her lupus, hypertension and kidney disease could kill her if the pregnancy is not terminated; but because abortion is illegal under all circumstances in El Salvador, Beatriz, and her doctors, could go to prison if she receives the life-saving medical procedure.

In a statement last month, Beatriz pleaded with El Salvador's president Mauricio Funes Cartagena to intervene in the case, saying: "This baby inside me cannot survive. I am ill. I want to live.” On Wednesday, she told the court the same.