The comedian raised funds for the project via Kickstarter 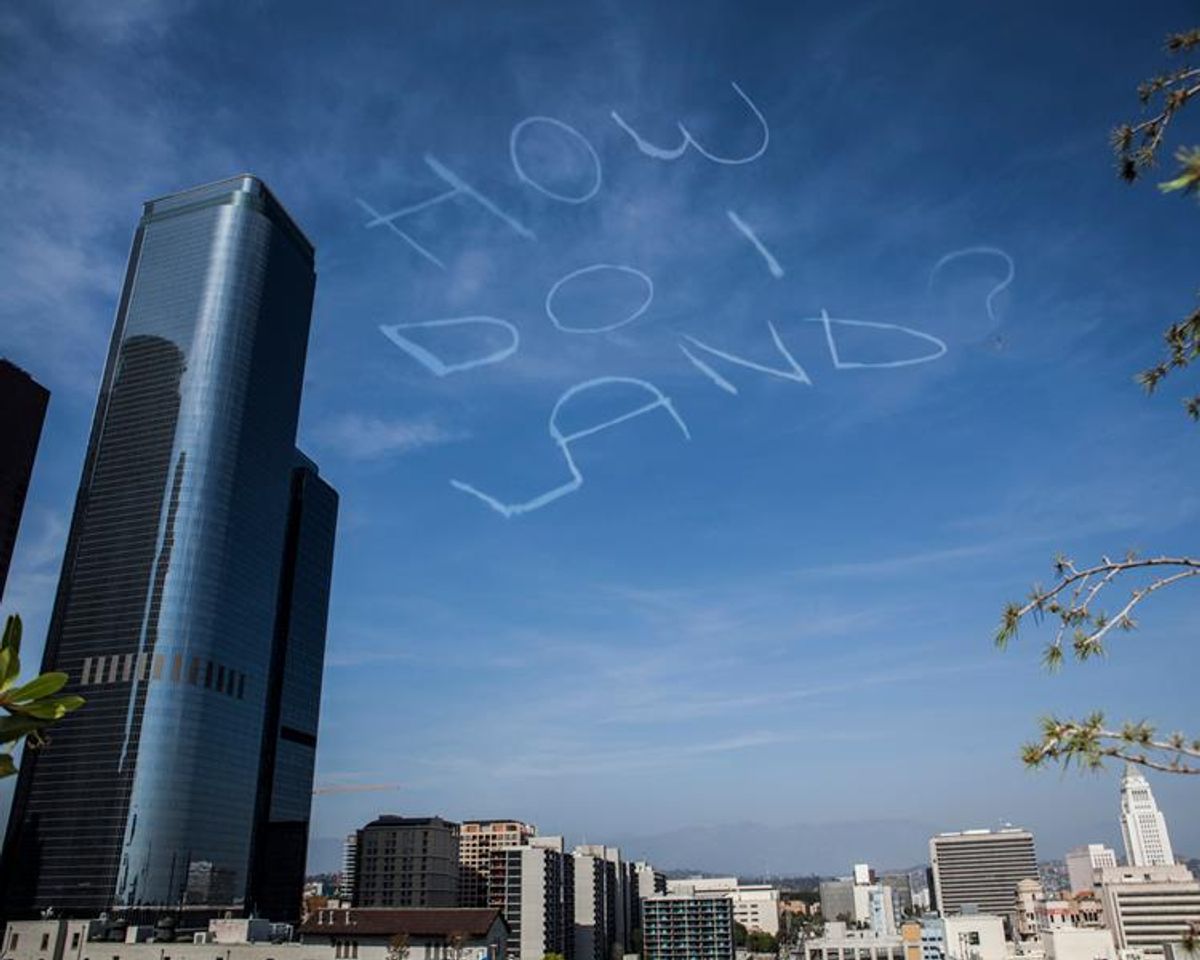 When comedian Kurt Braunohler hired "a man in a plane to write stupid things with clouds in the sky," he hoped to brighten the day for people in downtown Los Angeles for about 20 minutes.

But thanks to Reddit, the comedian's prank got national attention. "I learned a lot about Reddit today," Braunohler told the Huffington Post via phone. "And I don't know the guy who put it up but I got to thank him."

Braunohler raised nearly $7,000 for the project via a Kickstarter campaign, with the intent to make (at least a few) people laugh:

I think we can all agree that life is pretty bleak place to be a lot of the time. Often you might even think, “Who thought this was a good idea to begin with!?” (God – what a jerk.) But I think that if there’s a way we can, just for a fleeting moment, give strangers an unexpected gift of absurdity, then I think we can make the world a slightly better place.

"It's such a stupid thing, and I love stupid," Braunohler said. "I'm just so excited that the internet loves stupid too!"

Braunohler gave backers a few options for "stupid things" to write in the sky:

"How do I land?" won, but despite the successful venture, Braunohler doesn't want to make a habit of crowd-funding his comedy. "I don't want to be the Kickstarter comedian," he told the Huffington Post, though "it's very tempting to do a bunch of ideas this way."