Carbon dioxide levels are as high as they've been in millions of years. Why isn't this a bigger story? 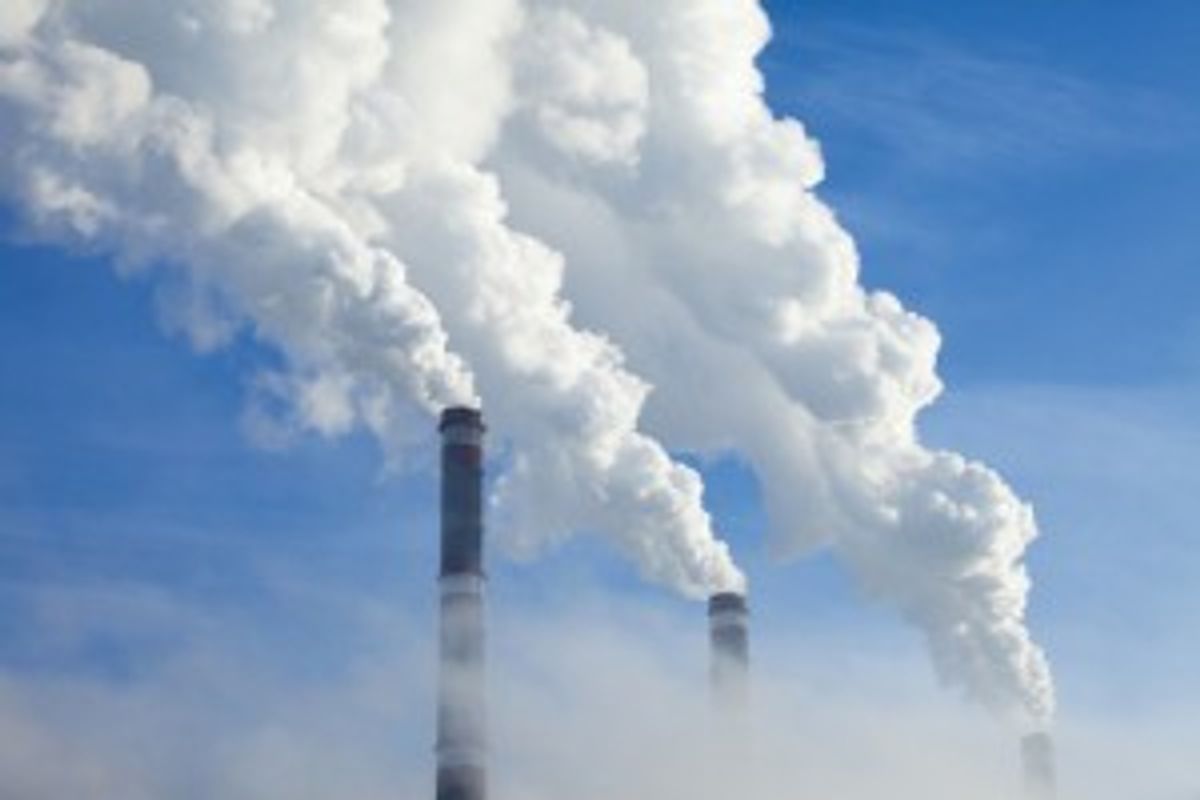 That message — plus the slimmest of shots at an eleventh-hour reprieve — was announced to the people of the world last week.

When this happens in science fiction — 1951’s “The Day the Earth Stood Still” is the classic — the planet pays attention.  The flying saucer lands; an alien, in this case played by Michael Rennie, emerges; a final warning is issued:  Stop it.  If you don’t, you’re doomed.

Back then, the “it” was violence — the Cold War, and the threat of nuclear midnight.  Last week, it was climate change — greenhouse gases, and the promise of ecological extinction.

A headline like that — millions of years? really? — normally turns up in comic books and superhero movies, not in the paper of record.  In fiction, what usually comes next is a montage.  At breakfast tables and on street corners, in souks and igloos, in the Oval Office and at the U.N., the shocking news galvanizes humanity into action.

In the real world, it was pretty much a one-day story.

It’s not that people who know our planet’s hair is on fire aren’t trying to get our attention. The animated graph from the National Oceanic and Atmospheric Administration's Earth Science Research Lab showing how atmospheric carbon dioxide has changed over the last 800,000 years should be as horrifying as any computer-generated imagery Hollywood has to offer.  Along with the news that we had hit the 400 ppm mark on the CO2 curve for the first time since the Pliocene epoch came scary quotes from scientist after scientist calling this our last chance before the point of no return.  Unless we act, children born today will see temperatures rise irreversibly and sea levels rise catastrophically.  Weather patterns will be disrupted, deserts and drought will spread and—in the words of Lord Stern, head of the U.K.’s Grantham Research Institute on Climate Change and the Environment—“hundreds of millions of people will be forced to leave their homelands because their crops and animals will have died ...  [W]hen they try to migrate into new lands ... [they will be brought] into armed conflict with people already living there.  Nor will it be an occasional occurrence.  It could become a permanent feature of life on Earth."

If graphs and quotes aren’t sexy enough to warrant a permanent place in the news, there are other ways to hang on to the spotlight.  The Climate Reality Project’s website features 18 disturbing but entertaining videos about the price of carbon and our addiction to fossil fuels.  “Do the Math,” the film that journalist Bill McKibben is using to spark his 350.org movement, has a dramatic narrative that’s compelling but not preachy.  “The Years of Living Dangerously,” Showtime’s climate change documentary series now being shot, has producers who know a little something about how to capture audiences: James Cameron, Jerry Weintraub and Arnold Schwarzenegger.

Those efforts use media to engage an informed, activist public.  Could such a citizenry make change?  There’s plenty we can do in our personal lives to reduce our carbon footprint.  Local and state policies in conservation, transportation, building design and urban planning can also curb greenhouse gas emissions.  But without federal leadership like killing the Keystone XL pipeline and putting a tax on carbon, and without global commitments with teeth to enforce them, it’s hard to imagine a path back from the brink.

In the U.S., the same dysfunctions that prevent anything else useful from happening—the Senate filibuster, the gerrymandered House, the corrupt campaign finance system—also hold climate change mitigation hostage.  So does denial.  And though some denial can be attributed to hoax propaganda funded by the fossil fuel industry, some comes from an infantile strain in the American psyche that should not be mistaken for religious freedom.

Last week, Sen. Sheldon Whitehouse (D-R.I.) gave a floor speech urging his colleagues to “awaken to what carbon pollution is doing to our planet, to our oceans, to our seasons, to our storms.  And I wonder, ‘Why is it that we are so comfortable asleep, when the warnings are so many and so real?’ What could beguile us away from wakefulness and duty?  I was recently at a Senate meeting where I heard a member of our Senate community say, ‘God won’t allow us to ruin our planet.’ ... [That] statement ... is less an expression of religious thinking than it is of magical thinking.”

I admit that my fantasy that last week’s CO2 headlines might rally our planet like an alien invasion may make me as guilty of magical thinking as Senator God-Won’t-Allow-Us.  On the other hand, Ronald Reagan was a big fan of “The Day the Earth Stood Still,” and as president he often referred to it.  When he first met Mikhail Gorbachev in 1985, he speculated that the threat of an alien invasion might get the Americans and the Soviets to cooperate.  If Michael Rennie’s “Klaatu barada nikto” line is the father of “Mr. Gorbachev, tear down this wall,” maybe blowing past the 400 ppm barrier can be the progenitor of “Mr. Obama, cancel that pipeline.”