The 21 fiercest things Richard Nixon ever did

Powerful, moving images of Richard Nixon that will restore every true late-'60s/early-'70s kid's faith in humanity 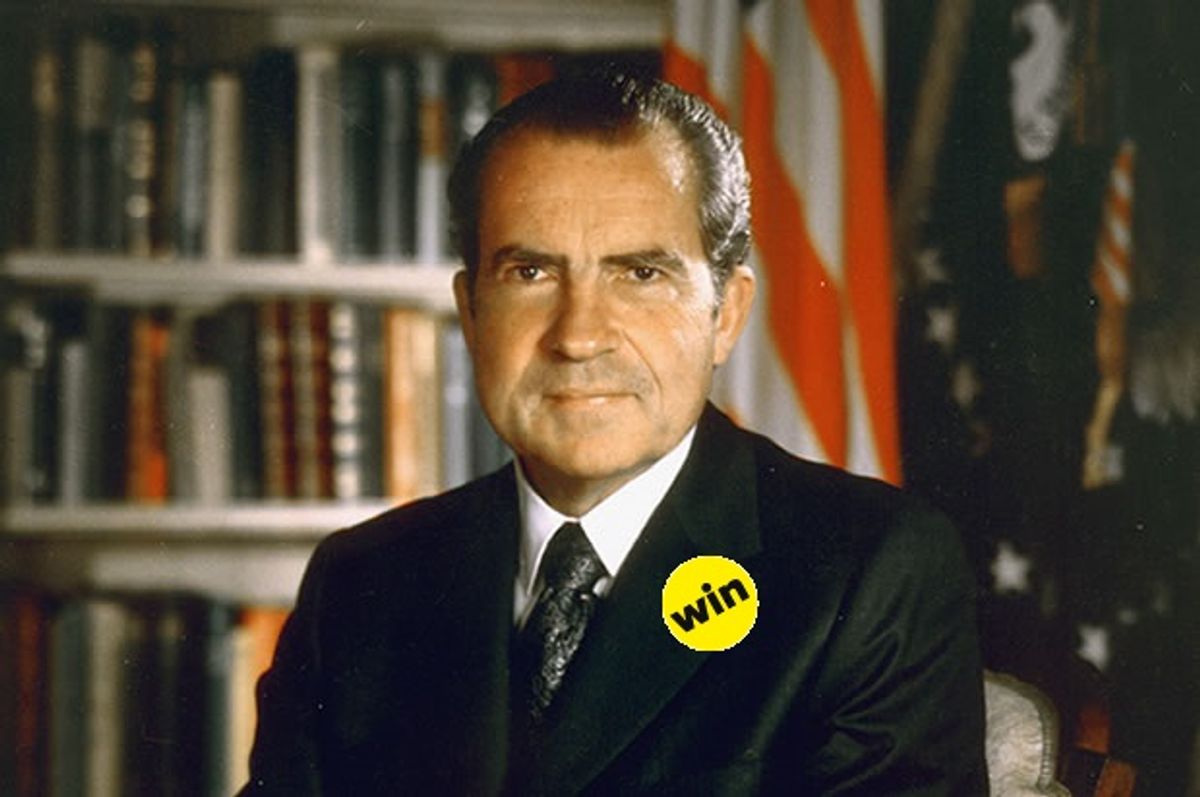 I guess Reagan was an OK president if you like played-out memes and whatever, but every Tru Post-War Kid knows the master of presidential IDGAF was Richard "Everything's Coming up" Milhous Nixon.

21. The time he hung out with Elvis in the Oval Office "Hey Elvis they should call them tranquLOLizers right?"

20. The time Richard Nixon was the original The Dude. 18. The time he told off his dog's haters

17. Distrusting the Jews is the definition of fierce.

16. The time he made Agnew his vice president because he DNGAF

15. He is like "we dropped some bombs here guys hashtag DEAL WITH IT" 14. Don't listen to the haters Dick you are so much cuter than him!!!

13. The time he and Kissinger joked about how it took three tries for the CIA to finally assassinate Chilean army commander-in-chief Rene Schneider. 10. The only president FIERCE enough to say "PEACE OUT" to being president

9. The time he was like "I'd buy THAT for a dollar" to Robocop 8. The time he invented lists 6. The time Nixon repeatedly insinuated that his political opponents were Communists 5. Look how much fun it was to work for him! 4. The time he loved Christmas 1. Look at Pat just chilling with Big Bird like it's no biggie, CLASSIC PAT NIXON