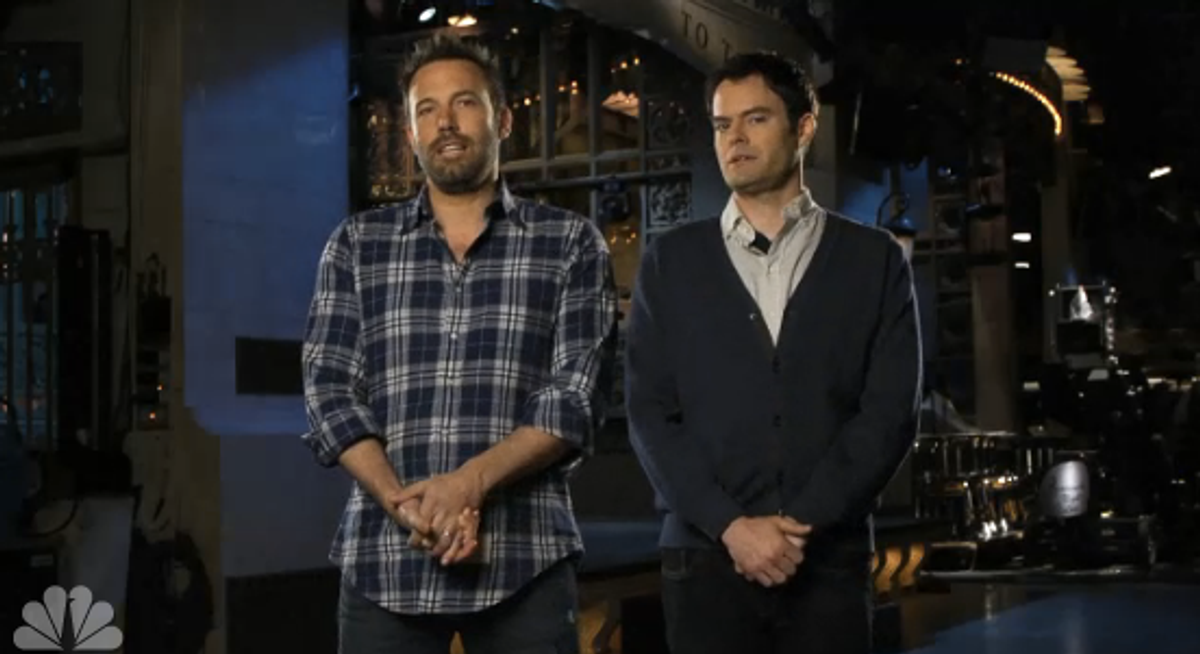 "SNL" has released the promo for the last episode of its 38th season, which bids farewell to comedian Bill Hader after eight seasons. Ben Affleck guest stars, with music from Kanye West: