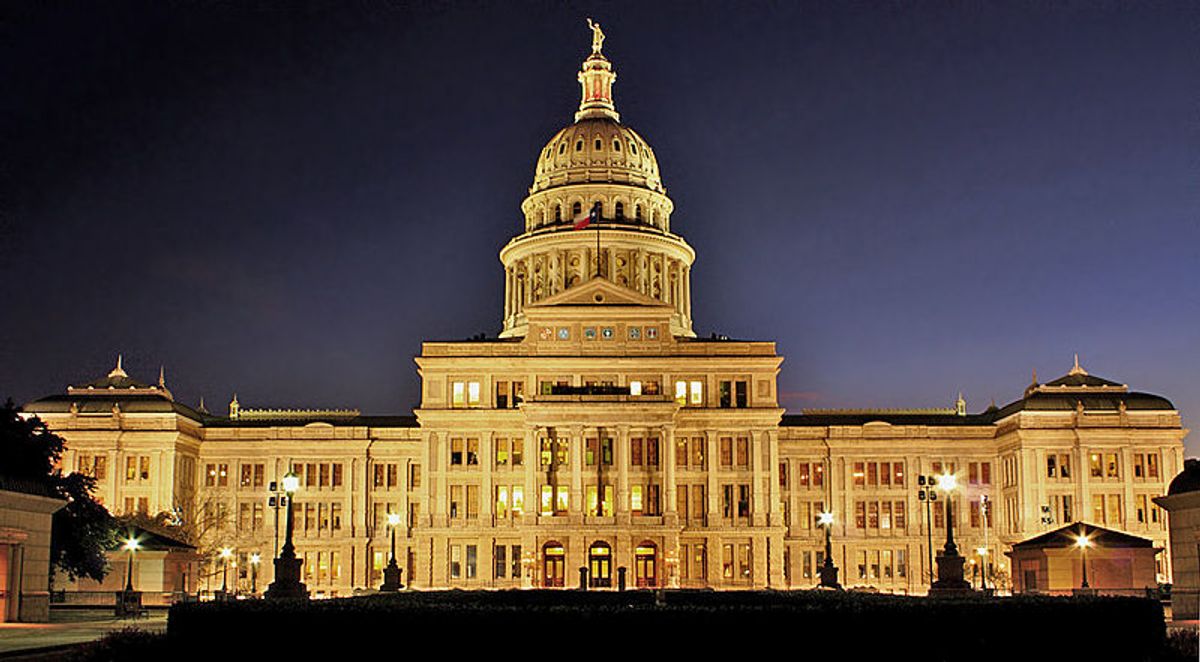 While much criticism has been lobbed at the federal system for failing to adequately identify who is spending money to influence campaigns, 35 states have independent spending disclosure laws that are less stringent than federal election law.

In fact, in 30 states it’s impossible to total how much money outside groups are spending on campaigns, information that is mostly available when it comes to federal contests.

That’s according to a new 50-state analysis by the National Institute on Money in State Politics, which graded the states on disclosure requirements for super PACs, nonprofits and other outside spending groups.

New Jersey and Virginia, states where residents will be casting votes for governor and state legislature this year, were among 26 states that received a failing grade.

States were graded on a 100-point scale, based on how much information is provided to the public about non-candidate organizations that buy ads, often negative and misleading, just before an election. Six states — Alabama, Indiana, New Mexico, New York, North Dakota and South Carolina — didn’t garner a single point in the survey.

The result is a mishmash of rules, with some states scrambling to pass legislation in the wake of the high court decision while others show little interest in enacting any changes.

In South Carolina, for example, outside groups paid for ads attacking several state and local politicians in 2012 but were not required to report the spending.

Two federal court decisions have left the state without “any rules” related to outside groups’ spending, according to Cathy L. Hazelwood, deputy director of the state Ethics Commission.

State Sen. Wes Hayes, a Republican from Rock Hill, estimates that an anonymous group called Conservative GOP PAC, which despite its name has no apparent affiliation with the state’s Republican party, spent at least $100,000 on campaign fliers in an unsuccessful effort to unseat him.

He concedes that’s just a guess.

“I’ll never know the amount, just like I’ll never know who spent it,” Hayes says. Efforts to contact Conservative GOP PAC were unsuccessful, as the group has no office, no phone number, no website, did not file incorporation records with the state and no individuals have claimed membership in the organization.

In 25 of 50 states, electioneering advertisements are not required to be reported, according to the analysis by the National Institute.

The term “electioneering communications” came to be with the passage of the Bipartisan Campaign Reform Act of 2002. The federal law requires such expenditures be reported, but it applies only to television and radio ads that air shortly before an election.

In a few states, however, the definition of electioneering communications is broader than at the federal level, and may include non-broadcast expenditures like direct mail and print advertising. Independent expenditures refer to all expenditures used to support or oppose a candidate, including non-advertising costs like polling and yard signs.

Points were withheld in the survey based on the level of disclosure and whether disclosure forms differentiate between independent spending and other types of campaign expenditures.

While North Dakota scored a zero, the state passed legislation this year that will beef up disclosure requirements for outside groups once the law goes into effect August 1.

The National Institute’s rankings focus solely on spending and not on donors to the groups that are doing the spending. Increasingly, “social welfare” nonprofits — currently at the center of a scandal involving the IRS — and trade associations are being used to hide donors’ identities in both federal and state races.

He’s pushed a bill requiring greater disclosure by outside groups through the Senate three times (twice with unanimous approval) only to see it die in the state House after frenetic lobbying by “very powerful special interests” from both parties, he says.

“It’s bipartisan support in the open, and then behind the scenes it’s full-on bipartisan opposition,” Wirth says.

But several states have enacted disclosure requirements that go beyond federal requirements.

The National Institute’s rankings also factor whether states require independent spending groups to disclose which candidate they are targeting.

Two states, Florida and Delaware, require that spending be made public but not the targets or the purpose of the spending. The result: It’s virtually impossible to track how much was spent by outside groups trying to hurt or help a particular candidate.

Thirty-six states will elect governors in 2014. Edwin Bender, executive director of the National Institute on Money in State Politics, said he hopes states with poor grades will strengthen their reporting requirements.

“The majority of states will elect their governors and other major statewide offices in 2014,” he said. “We think the public should know how much money is spent on these races, and by whom.”

John Dunbar contributed to this report.

The Center for Public Integrity is a non-profit, independent investigative news outlet. For more of its stories on this topic go to publicintegrity.org. For more information about money in state politics, visit www.followthemoney.org.