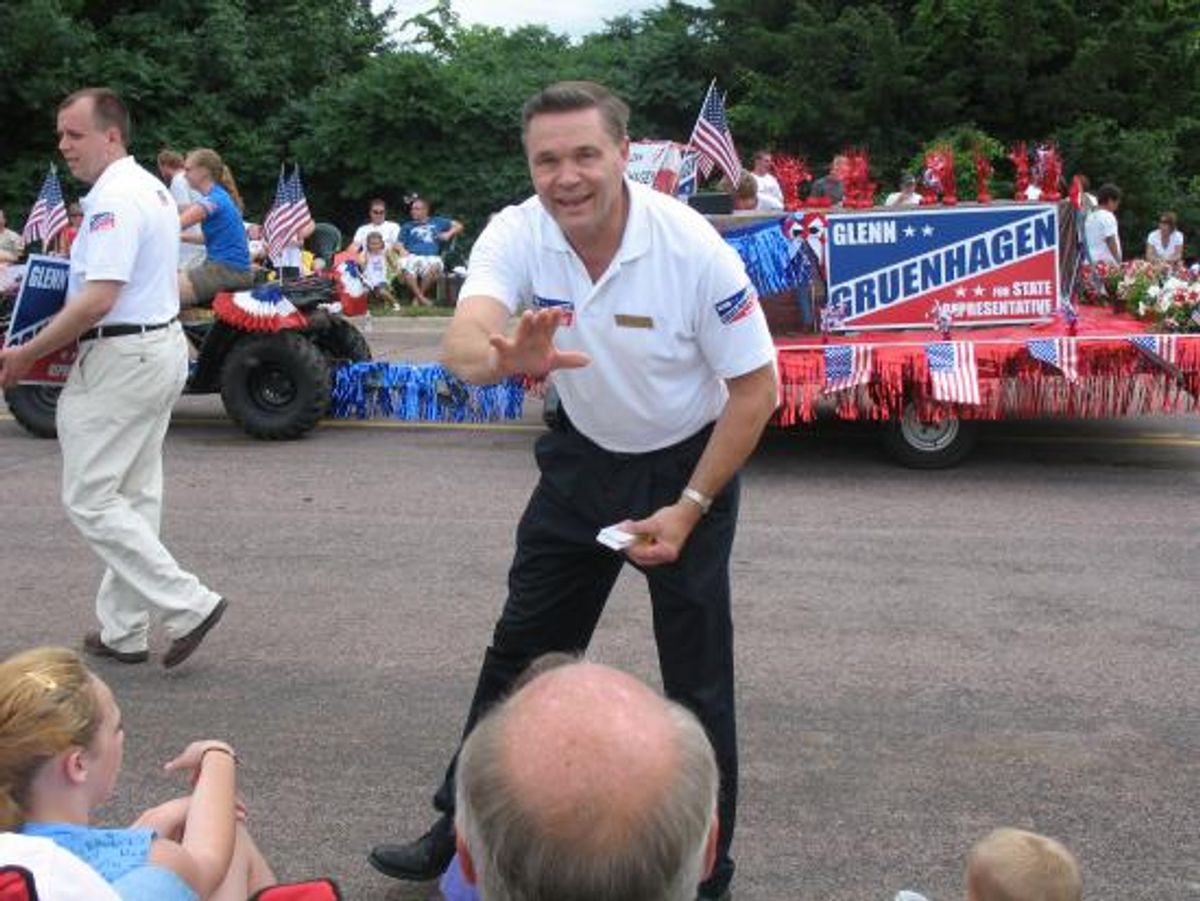 State Rep. Glenn Gruenhagen, R-Minn., doesn't want the rest of the state legislature to worry about the prospect of man-made climate change, because "it's just a complete United Nations fraud and lie, OK?"

Gruenhagen was speaking on the House floor, and cited "facts from CPAC" showing that "in the last 16 years, there's been no global warming." He continued: "So members, I'd recommend that you keep breathing, OK? Because, you know, man-made global warming believes that exhaling causes global warming. I mean, the more you study it the more utter nonsense you see it is."

Watch, via The Uptake:

Correction: An earlier version of this post incorrectly attributed the video to the Minnesota City Pages.