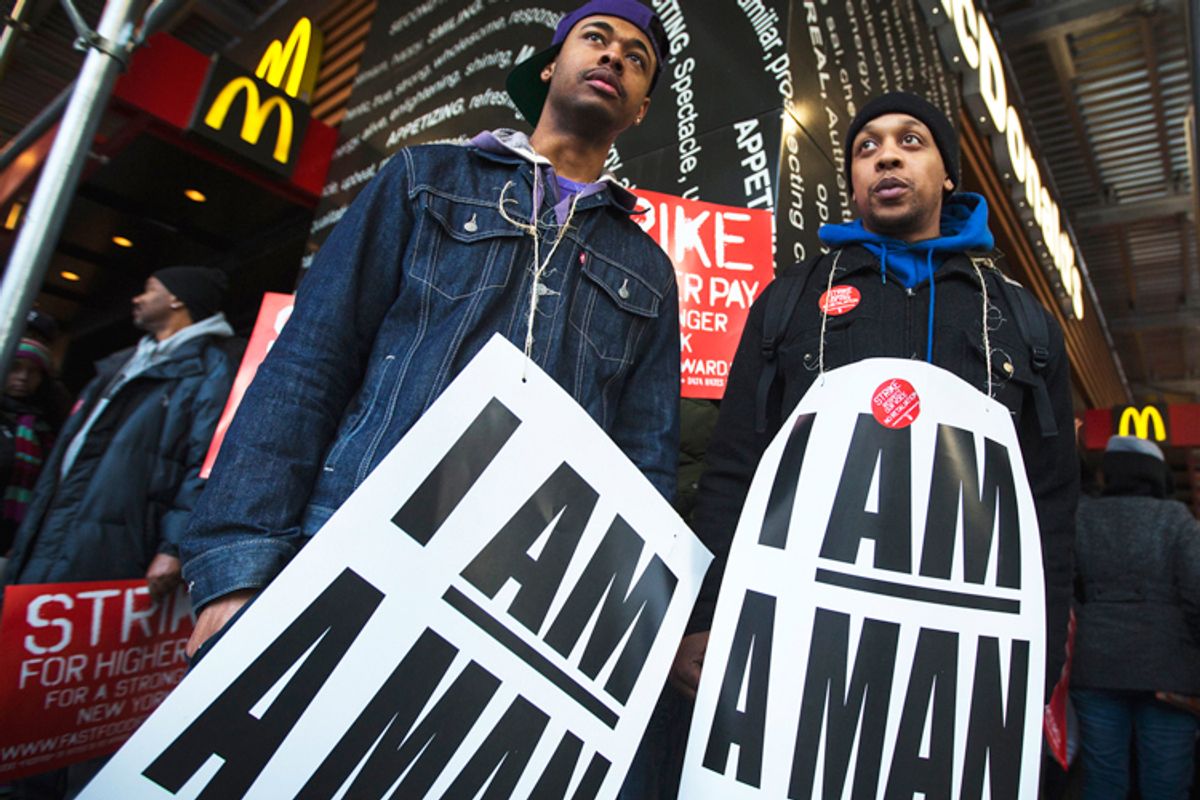 A report released Wednesday by activist and worker coalition Fast Food Forward states that 84 percent of New York fast food workers are subject to wage theft -- a term used by labor organizers and advocates to mean that the employers withhold from the full wages workers are owed. The results hail from an Anzalone Liszt Grove research survey of 500 workers. The report's release follows a series of one-day strikes coordinated by non-unionized fast food workers in five U.S. cities in recent months -- from New York to Milwaukee -- involving workers from chains including McDonald's, Popeye's and Wendy's. Josh Eidelson reported for the Nation:

[The report] lands on the same day as a New York Times article reporting that New York State Attorney General Eric Schneiderman “is investigating whether the owners of several fast-food restaurants and a fast-food parent corporation have cheated their workers out of wages, according to a person familiar with the cases.”...

The Fast Food Forward report identifies several types of violations as prevalent in the city’s fast food industry: employees working, without pay, before or after their shift; employees working overtime without being paid time-and-a-half; employees working during their breaks or not receiving breaks; and delivery employees not being reimbursed for expenses like gasoline or safety equipment.

The report quotes McDonald’s worker Elizabeth Rene, who says she loses up to $75 a month because she isn’t paid for the time she spends counting the register before and after her shift: “I feel cheated and used and like I’m not appreciated for my hard work.” A 2008 study by the National Employment Law Project estimated that the average low-wage worker loses 15% of his or her annual income to wage theft.