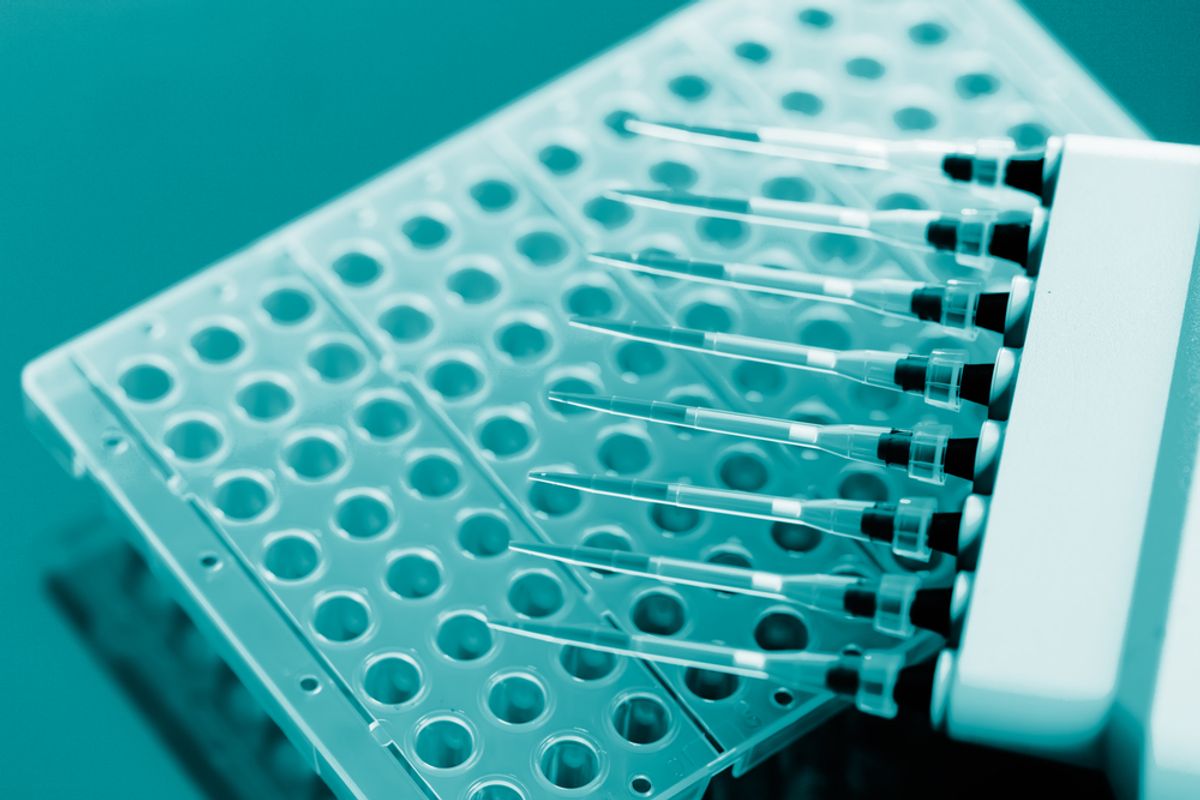 Embryonic stem cells can turn into any type of cell in the body, enabling them to be used as replacement tissue in the treatment of major injuries and disease. Scientists have been working for more than a decade to clone human embryonic stem cells; on Wednesday, those many years of research finally paid off, as the Wall Street Journal reports:

The scientists first removed the DNA from an unfertilized human egg, and then inserted a patient's mature skin cell -- containing the patient's DNA -- into that egg. Next, they prompted a chemical reaction, causing the cells to fuse and begin development.

That led to a blastocyst, a hollow ball of 50 to 100 cells. For a fetus to form, the blastocyst must be implanted in a womb. An inner clump of cells in the blastocyst goes on to form the embryo, while an outer layer goes on to make the placenta.

For the tissue-growing experiment, the researchers focused on the clump of cells containing embryonic stem cells.

With the help of certain "growth" chemicals, they were able to transform the stem cells into "various cell lines and tissues, including beating human heart cells," said Shoukhrat Mitalipov, a developmental biologist at Oregon Health and Science University in Portland, Ore., and a lead author of the study.

Researchers did not implant the cloned embryo, and stressed that they had no intention of doing so. Additionally, Mitalipov emphasized that implantation of the cloned embryo would not lead to the development of a viable fetus, as experiments involving cloned monkey embryos have failed.

But news of the scientific breakthrough drew criticism from many religious groups concerned that this was the first step toward human cloning, as the New York Times notes:

The Conference of Catholic Bishops, for instance, said Wednesday that the research “will be taken up by those who want to produce cloned children as ‘copies’ of other people.”

Cardinal Sean O’Malley of Boston said human cloning was immoral, even if used for therapeutic purposes, because it “treats human being as products, manufactured to order to suit other people’s wishes.”

O'Malley went on to say in a statement:

Whether used for one purpose or the other, human cloning treats human beings as products, manufactured to order to suit other people's wishes. A technical advance in human cloning is not progress for humanity but its opposite.