Amy Poehler: I have no idea what makes a great comedy

Speaking at a panel on excellence in media, the comedian says comedy should not worry about being excellent 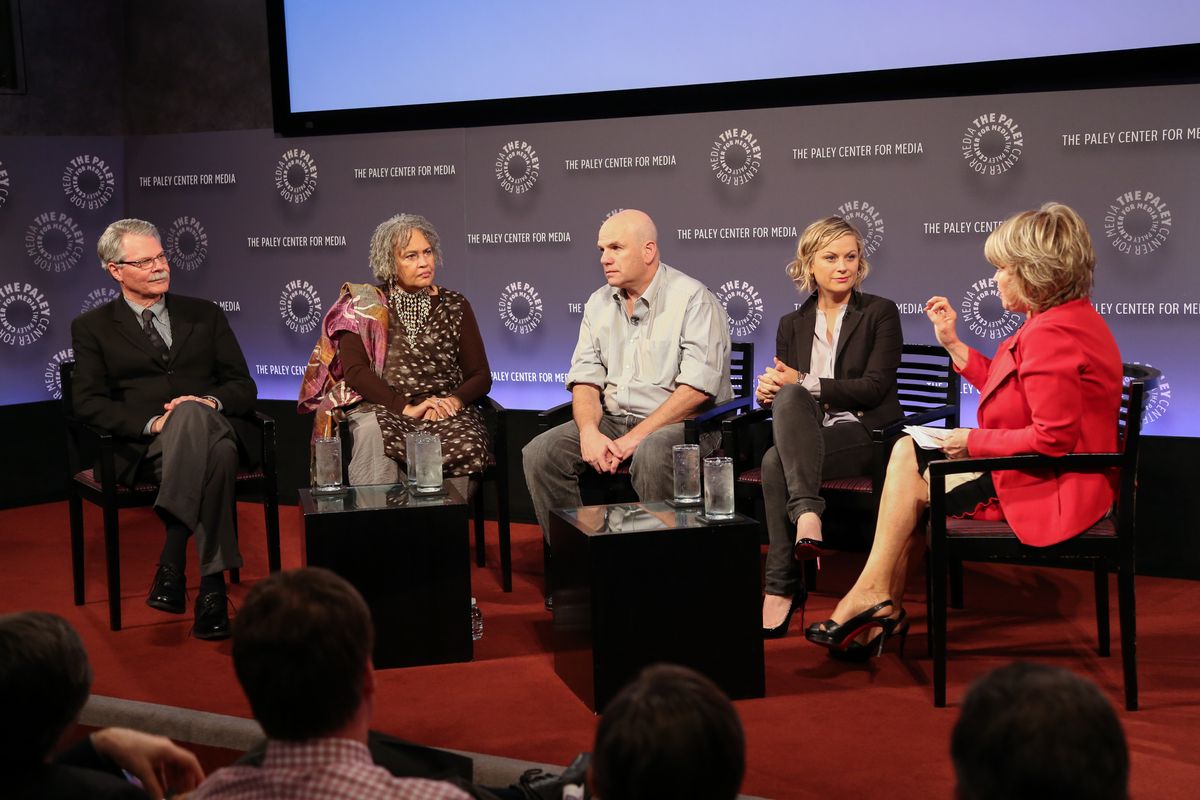 Amy Poehler, arguably the most venerated comedian alive in America today, has "no idea" what makes a great comedy. "Comedy has to be subversive," Poehler explained, "and not worry about the excellent part."

Poehler spoke at the Paley Center on Thursday night, taking part in a panel discussion about what "excellence in media" means. The "Parks and Recreation" creator and former "SNL" star was joined by David Simon, creator of "The Wire"; Charlayne Hunter-Gault, from "The News Hour with Jim Lehrer"; and Peabody Awards director Horace Newcomb.

All panelists except Newcomb are former recipients of the George Foster Peabody Award, an annual honor that recognizes "excellence on its own terms," says Newcomb. The Peabody looks at a large body of work -- ranging from broadcast journalism to entertainment -- to find things that "move you," according to Hunter-Gault.

But for Poehler, who won a Peabody for "Parks and Recreation," "talking about excellence and comedy makes me nervous." The actress also said that comedy doesn't necessarily have to make your think. She explained that "big physical comedy" can be hilarious without understanding why because "the joy of a person performing can be enough."

Simon, who at first was surprised with Poehler's assessment of comedy, later agreed. "Comedy is fucking ineffable," he said, acknowledging that even laughing at Jim Carrey falling down in "Dumb and Dumber" "gives a quick fleeting window into the human condition. ... That's a gift from God."

Poehler and Simon's ruminations may not have helped moderator and Paley Center CEO Pat Mitchell define the term "excellence," but Simon says shooting for accolades should never be the goal, anyway. "If at any point, you're thinking 'This will be good'" for an award, "you've lost your way," he said. Instead, the focus should be on creating something that people feel is honest. His goal with gritty Baltimore-based cop drama "The Wire" was to "not embarass myself in front of people who have actually lived it," he said.

As someone judging media, Hunter-Gault conceded that excellence is hard to describe but easier to recognize. It's "what your gut tells you," she said. Interestingly, in the case of Fred Armisen and Carrie Brownstein's sketch comedy series "Portlandia," which won a Peabody in 2012, Hunter-Gault didn't have the same initial gut reaction as her peers: "I have colleagues who are like 'YEAH!' I'm like '...what?'"

"Sometimes," she admitted, "you have to watch something two to three times" for it to move you.

In the end, human beings need comedy, Simon says, "because we're all going to die." And it's likely that whether it's "socially conscious," as Hunter-Gault considers D. L. Hughley's "The Endangered List" to be, physical comedy like "Dumb and Dumber," or a government parody like "Parks and Recreation," good comedy makes us all feel less bad about that.

Another guy that helps us (Americans, at least) feel less bad? "Putin!" says Poehler. "I definitely want to do a comedy about Putin," she joked. "That one writes itself. ... Oh, he is a hilarious guy."