The state has sold $83 million worth of Powerball tickets since April, 11 percent of the game's sales 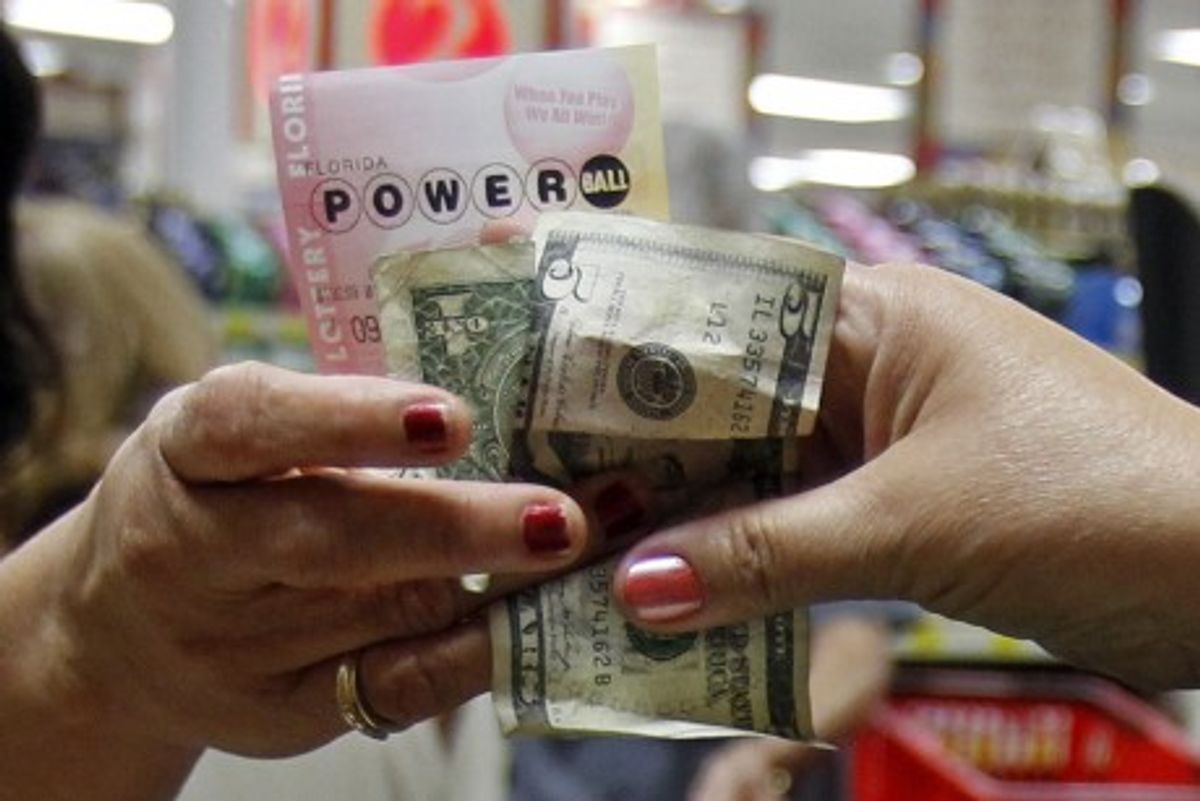 SAN DIEGO (AP) — The numbers sum up the frenzy that has taken over the Golden State since it became the newest in the nation to join the madness over Powerball, which saw its jackpot soar Thursday to $550 million.

California has sold $83 million worth of Powerball tickets since it started selling them in April and overall has accounted for 11 percent of the game's sales in the country, fueling such fast-growing mega-jackpots like the latest one that has the potential to be a record-breaker.

"One thing California has brought Powerball is sunshine and good fortune," he said. "It has surprised us. We're very happy."

Californians have Nevadans to thank for some of that good fortune.

California's biggest ticket-seller is the Primm Valley Lotto Store, which straddles the state line in tiny Nipton, a 19th century mining and ranching town on the edge of the Mojave desert whose booming lottery sales have put it on the map in modern times.

Roxie Handley figured all 80 of its residents would have a ticket in hand by Saturday. That's if they can find the time.

"Here in Nipton, it's crazy," said Handley, 59, who manages the Nipton Trading Post, which also sells Powerball tickets. "We're stocking up on everything. Last night, I heard some people had to wait nine hours in line."

The town is about 35 miles from Las Vegas on the main interstate from the Los Angeles area. Residents of the nation's No. 1 gambling state do not have access to the lottery. The Nevada state constitution contains a prohibition on lotteries, which are seen as competition to the casino industry.

Norma Wagoner was among the Nevadans trying their luck. She and a group of friends pooled their money to buy 20 tickets and sent one over the state border to endure the long lines.

"Everybody has dreams," she said. "All it takes is one ticket."

Officials expect the jackpot to keep growing before Saturday's drawing that could break Powerball's November 2012 record of $587.5 million.

The latest kitty leapt nearly $200 million since Wednesday's drawing, which was an estimated $360 million. The $550 million jackpot is the second largest in Powerball history and third biggest overall.

Lottery officials expect jackpots to continue growing faster and bigger, thanks in part to a game redesign in January 2012 that increased the odds of winning some kind of prize of a lesser amount. On Wednesday, $1 million prizes were won in 16 states, and $2 million prizes were won in two states. California had six tickets among the winning ones Wednesday, including one sold in Nipton.

For Nipton, folks feel they've already won thanks to the boom in business.

"It kind of disrupts our peace and quiet," said Handley, although she admits she too plans to snap up a ticket.

Most of the talk she hears around town these days, she says, is of people daydreaming about quitting their jobs and traveling with their millions: "Everybody wants a piece of the pie."

But she said she would likely give most of it away.

"Having a lot of money I think would be a lot of headache," she said. "Nipton has a lot of history. It's the place to come if you want to get away. We have a five-room bed and breakfast with no phones, no TVs, where you can sit and watch the trains go by. It's our little piece of heaven. I have things money can't buy."