Will a GOP aide be fired over Benghazi email changes?

In 1998, a top aide resigned after a similar flap. And there were even calls for the Congressman to resign 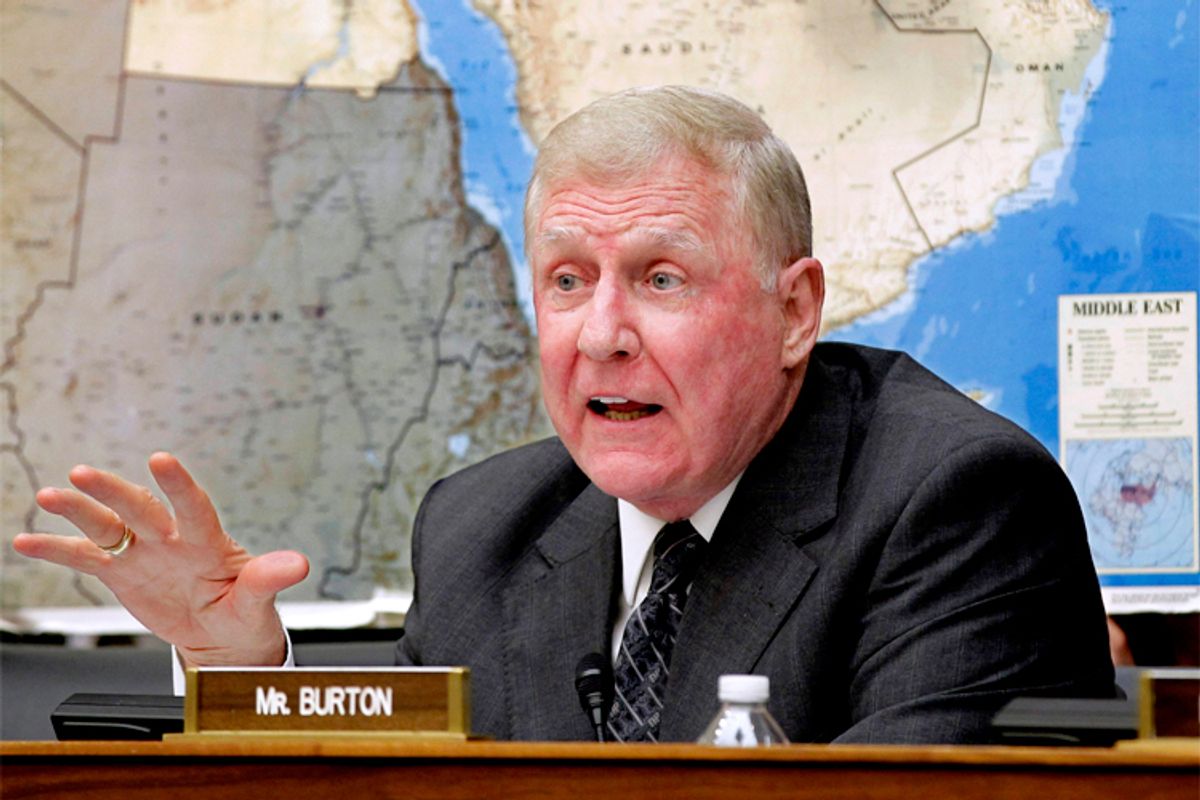 Now that we know a GOP congressional aide misleadingly edited -- intentionally or not -- Obama administration emails on the Benghazi attack, one wonders if he or she will face repercussions. There's some precedent here. Former GOP Rep. Dan Burton used to hold Darrell Issa's job as Chairman of the House Oversight Committee and used it to aggressively go after Bill Clinton on a host of controversies of various degrees of merit, much as Issa is doing now.

In 1998, as Burton was investigating alleged campaign finance violations from Clinton's 1996 reelection campaign, his office released a doctored transcript of an audiotape of a former Clinton aide. Burton's top aide took the blame for the deception and resigned, as the New York Times reported on May 7, 1998:

The top investigator for the House inquiry into President Clinton's 1996 campaign finance practices resigned under pressure today, amid growing bipartisan criticism of his role in releasing edited tapes of Webster L. Hubbell's jailhouse conversations. The aide, David N. Bossie, has been for 18 months the point man and alter ego of the inquiry's chairman, Representative Dan Burton, the Indiana Republican who heads the House Government Reform and Oversight Committee. But since Mr. Burton released transcripts of some of Mr. Hubbell's prison conversations late last week, the lawmaker has weathered intense attacks by Democrats maintaining that exculpatory information was edited out of the transcripts.

The situation is a good analog for the Benghazi emails in that Republicans made some small alterations to otherwise accurate raw information which fundamentally changed the meaning to advance their political agenda.

The difference is that other Republicans joined Democrats in expressing outrage at the misleading editing 15 years ago. Burton even had to apologize to fellow Republicans after then-Speaker Newt Gingrich said Burton was running the investigation like a "circus."

Today, at least so far, Republicans have been mum on the apparent tampering of White House emails for political gain by one of their own. Of course, it's entirely possible that the GOP staffers who leaked the Benghazi emails made an honest mistake when transcribing emails they were shown in a closed-door briefing with intelligence officials, but no one has come forward with an explanation and a mea culpa.

Meanwhile, Democrats were not satisfied with Bossie's resignation. They noted that Burton himself released the transcript, and they called on the congressman to resign as well. "A committee staff member should not be made the scapegoat for Chairman Burton's mistakes, missteps and misdeeds," then-House Democratic Leader Dick Gephardt said. Indeed, Burton himself said, "I take responsibility for those mistakes," but never resigned or faced censure.

We still don't know the full story of the edited Benghazi emails, but if someone intentionally fabricated information and then leaked it to reporters, that would seem to undermine the credibility of the entire investigation. Obama has fired someone for less this week.