On Weekend Update, she and Seth Meyers had just one reaction to the IRS scandal: "Really!?!" 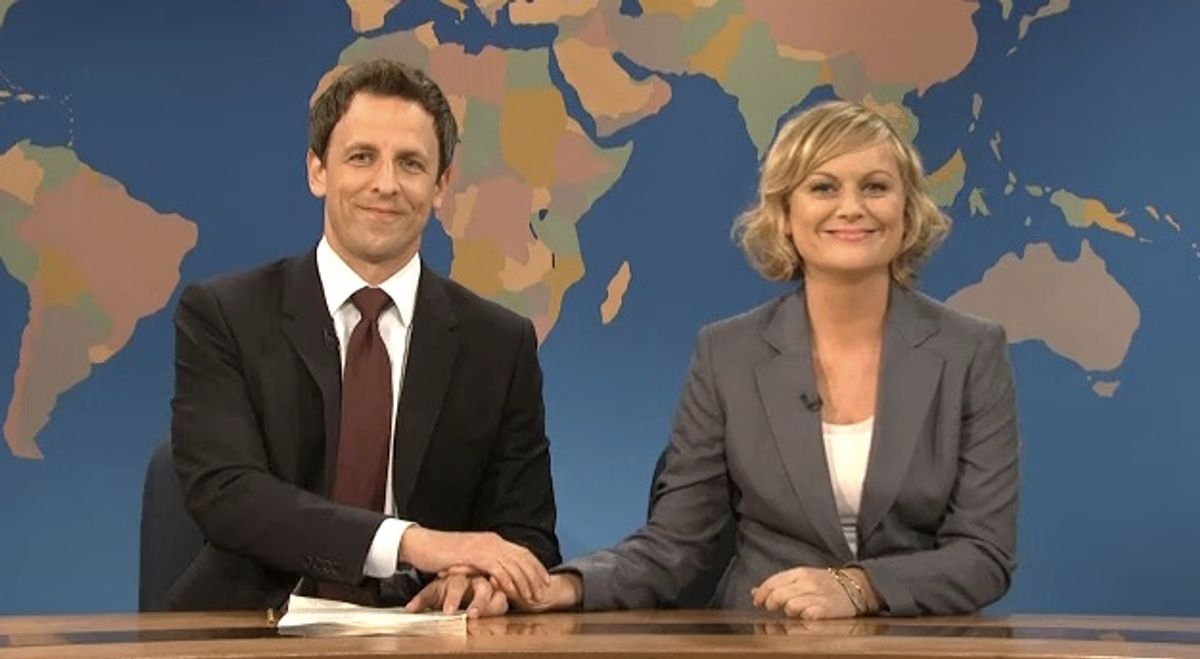 Amy Poehler returned to "Saturday Night Live" this weekend to help Seth Meyers cover the IRS scandal on Weekend Update, for "Really!?! With Seth and Amy."

"IRS: No one needs to avoid scandals more than you. You're less popular with Americans than exercise," Meyers said.

"I mean really, the government only keeps you around to make the DMV look good," Poehler added.