Sorry, AP phone logs. In DC's game of scandal, you lose to the IRS and Benghazi! 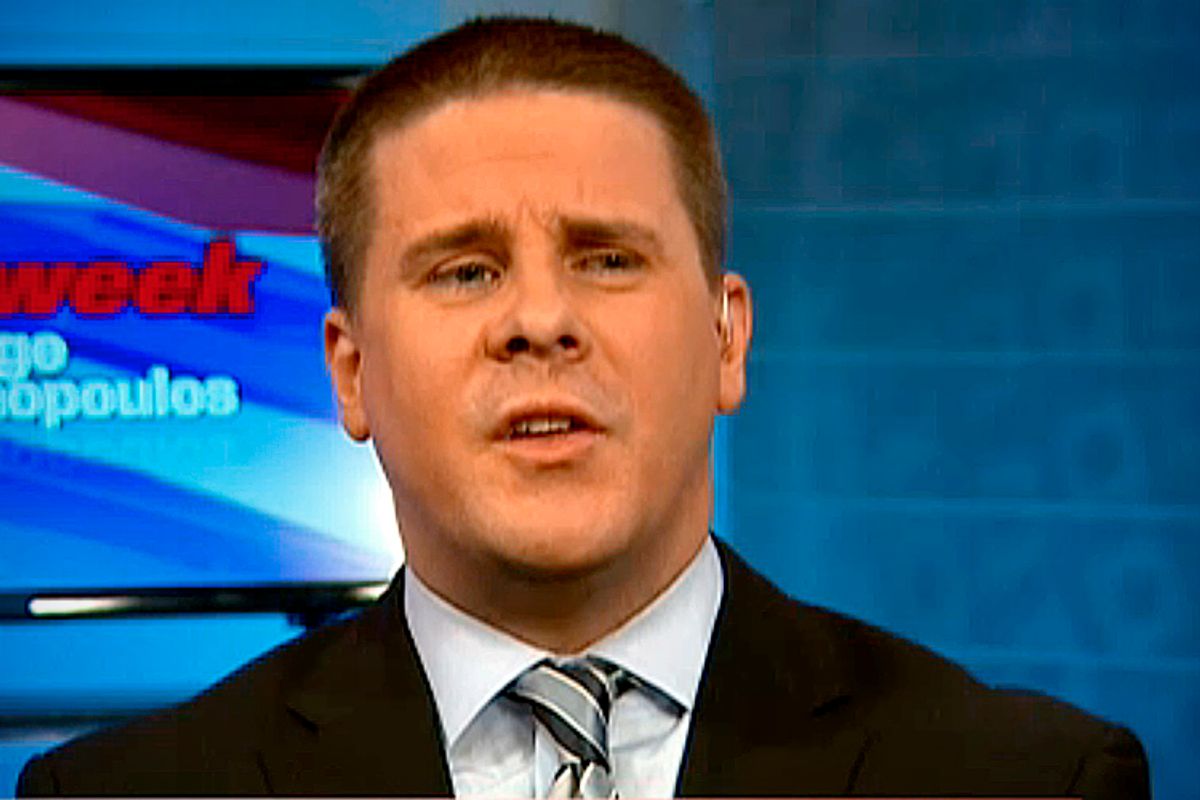 Dan Pfeiffer, a Senior Adviser to the president for strategy and communications, did all the Sunday shows last week, in an effort to address the troika of scandals that Washington is currently fixated on. It was probably the best thing the White House could've done, on a morning when those shows were inevitably going to be full of gleeful piling on. It was also just adding fuel to the fire. The political press is in scandal coverage mode and as long as Congress plays along nothing can shut the machine off until each scandal runs its course.

Let's recap the scandals, in case you have been too busy having message board debates about Star Trek or deciphering new Kanye lyrics to pay attention:

1. Benghazi. Republicans insist the White House did something evil and incomprehensible involving talking points following the September 11, 2012 attack on the American consulate in the Lybian city. Recently, the White House released an email chain showing the process of drafting and revising the talking points.
2. The IRS. The IRS reportedly targeted conservative nonprofits for extra scrutiny of their tax-exempt status.
3. The Associated Press. The Justice Department sought access to, and received, a massive trove of phone data of AP journalists, as part of its investigation into a leak.

The IRS scandal is the one that the White House, and the president, seemingly bear the least responsibility for. It is also the one Republicans are angriest about, and it is newer than Benghazi, so it received probably the most attention on the shows. It certainly made up the bulk of the questions asked to Pfeiffer, who spent most of his time repeating that the White House is also mad and sad about the IRS.

The problem, for the White House, is that every word a White House adviser says on TV regarding the IRS scandal will become part of the great tapestry of allegations that conservatives will make as this story continues to churn. Here's a headline from Daniel Halper at The Weekly Standard: "Pfeiffer on IRS Scandal: 'Law Is Irrelevant.'" Well, that is certainly a shocking and Nixonian thing for a White House aide to say, on TV!

Halper embedded a video of the interview, on ABC's This Week, and included this quote:

"Look, I can't speak to the law here," he said. "The law is irrelevant. The activity was outrageous and inexcusable."

PFEIFFER: I can't speak the law -- the law here, but the law is irrelevant. The activity was outrageous and inexcusable, and it was stopped and needs to be -- we need it to be fixed, so we can ensure it never happens again.

STEPHANOPOULOS: You don't really mean the law is irrelevant, do you?

PFEIFFER: What -- what I mean is that whether it's legal, or illegal is -- is not important to the fact that it -- that, the conduct as a matter. The Department of Justice said they're looking into the legality of this. The president is not going to wait for that. We have to make sure it doesn't happen again regardless of how that turns out.

So by "irrelevant" Pfeiffer apparently meant that the White House views the IRS's actions as improper and worthy of punishment regardless of whether the law was broken.

Coincidentally, Betsy Woodruff had a very similar headline at The Corner.(Pfeiffer used the word "irrelevant" at least two more times yesterday. He should find a new word!) I have a feeling "the law is irrelevant" is going to be a popular recurring line on right-wing blogs for years.

Meanwhile, Bob Schieffer was shouting about Watergate and demanding to know why he was speaking to Pfeiffer (a professional communications adviser) instead of the White House chief of staff. Woodward also brought up the "W-gate" word (shocking, I know). Both men made sure to note that Watergate comparisons are not yet justified and then both compared the IRS scandal to Watergate. (American politics, and the political press, will both probably improve immeasurably once everyone who remembers the '70s retires or dies.)

There was also a great deal of nonsense about #BENGHAZI, though at this point I feel like the people who should be getting "grilled" are Congressional Republicans, and not members of the administration. (Or, you know, the CIA, but you can't "grill" the CIA. It is impossible.) It is sort of inescapable at this point that Talking Points-gate amounts to less than nothing -- even Rand Paul has figured this out, and his new line is a confusing thing about how we need to have a massive military presence guarding diplomatic posts in Libya -- but the rote performance of "scandal" continued anyway. And the conservative blogs continued their frenzied efforts to prove that government agencies editing talking points is interesting, let alone scandalous.

Interestingly, as Peiffer made the rounds, ABC's Jon Karl was nowhere to be found. He wasn't even on ABC. He released a brief statement to CNN's Reliable Sources, but he was not forced, by his network or anyone else, to defend either his inaccurate reporting or his decision not to reveal the source who fed him inaccurate information in person.

Which brings us, at last, to the Justice Department's over-broad (and chilling) culling of journalists' phone logs. "Last" is also the order the Sunday shows gave the story. The media do love to write about themselves, obviously, so there is no danger of the AP phone log story being ignored, but with only cursory Republican noise-making on the subject it's hard for the professional Beltway political press to cover the story "objectively." There is a lot of good reporting happening on the Justice Department probe, mainly in newspapers, but the "Sunday roundtable" format isn't really able to tackle issues where "both sides" of the political elite essentially agree.

This is probably why no one on the Sunday shows made any serious effort to make Pfeiffer justify or explain the actions of the Justice Department. Two out of three hosts didn't even bother asking him about it.

ABC's George Stephanopoulos didn't ask Pfeiffer about the AP probe at all. He didn't mention it at all until Katrina Vanden Huevel brought it up on the final panel. Bob Schieffer didn't ask Pfeiffer about it. He asked Republican Sen. John Cornyn about it later. David Gregory didn't bring it up with Pfeiffer until the very end of his interview. And the question he asked was whether "the president and the White House will stand by the attorney general fully as these moves forward and questions are raised." So not actually technically a question about the investigation. (The president will stand by the attorney general, in case you're curious.)

While, when it came up, panelists and politicians mostly expressed dismay or at least discomfort with the Justice Department's actions, it simply wasn't treated as remotely as important as the IRS's supposed persecution of conservative groups. Partisans -- elected Republicans and Democrats and their media allies -- determine what the political press treats as a "scandal." The fact that the press was targeted is the only reason this invasion of privacy isn't being treated exactly the same as, say, widespread surveillance and spying on American Muslim communities, a topic that the Sunday shows have not been particularly interested in, and one that Obama officials and New York politicians have not yet had to answer for.