Conservatives don't want you to misunderstand their position on the BSA: Gays are fine -- if they stay closeted 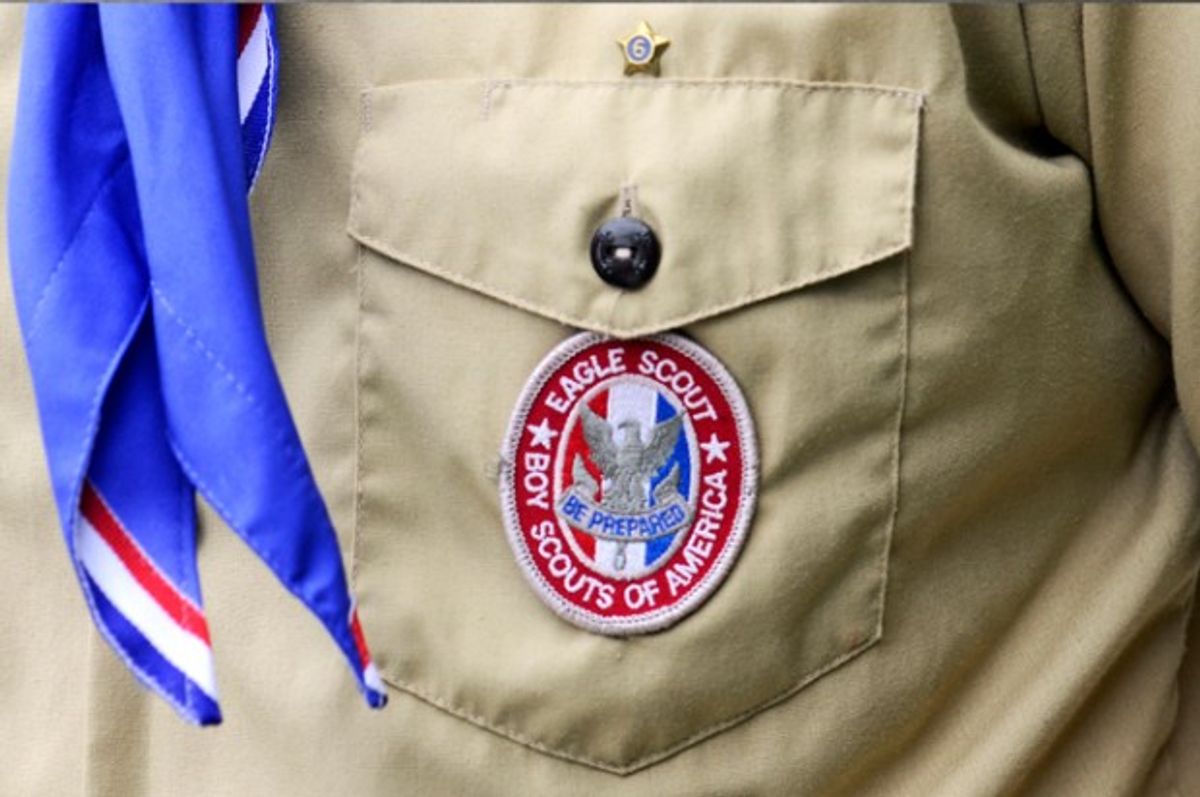 Delegates from the Boy Scouts of America's National Council are preparing to vote this week on the organization's longstanding ban on gay scouts, and conservative religious groups like the Family Research Council are making their final arguments for why the discriminatory policy must stand.

The latest, from FRC's Cathy Ruse, is a real doozy. In an editorial for Real Clear Religion, Ruse defends the ban by arguing that gay scouts are already welcome in the organization. That is, as long as they stay in the closet:

[An] important distinction has been lost in the current debate. The Boy Scouts’ long-standing policy does not, by its terms or in practice, exclude people who experience same-sex attraction. Rather, the prohibition is on “open and avowed” homosexuality, and it is that prohibition which will be lifted if the resolution passes.

Ruse, who first says that these "open and avowed homosexuals" must be treated with "dignity and respect," goes on to suggest that the policy against gay troops must remain in place if the organization is to remain consistent in its discrimination:

While the terms of the resolution purport only to affect youth, the practical and legal result of a bifurcated membership policy would be a change in the policy on adult leaders as well.

Practically speaking, if the resolution passes, open homosexuality will be officially consistent with the Scouting code throughout a Scout's career until the moment he turns 18, when it suddenly becomes inconsistent with the code. Under the new policy, some action against the Scout will be required, but no troop leader would want to enforce such an irrational rule and few will. A de facto change in the rule for adults will occur almost immediately.

Let's recap: Ruse feels it is "irrational" and unfair to ban already-serving openly gay scouts from ascending to the organization's leadership, but a policy banning all openly gay members from the start is completely rational and fair because ... Ruse says so.

The National Council will vote Thursday on whether or not to lift the ban on openly gay scouts, more to come as the story develops.