Oklahoma, Kansas, Missouri, Arkansas and Texas have been told to expect dangerous tornadoes and hail 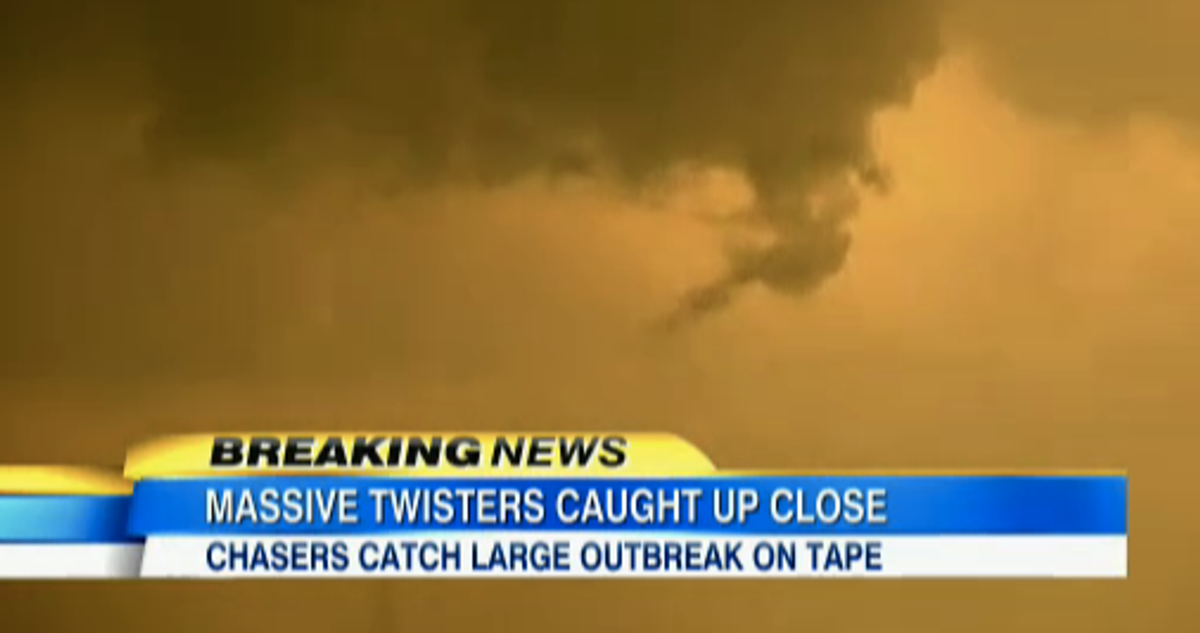 According to warnings from the National Weather Service, the entire Midwest -- Oklahoma, Kansas, Missouri, Arkansas and Texas -- can expect tornadoes on Monday afternoon. Following a tornado that killed two men in Oklahoma on Sunday, the entire Midwest is again on alert.

The weather service said it was tracking "a large and extremely dangerous tornado'' just west of Moore, Okla., which is south of Oklahoma City. The storm was moving to the northeast, and forecasters said they expected "large, destructive hail up to tennis ball size.''

... The five-state area is in the heart of a storm system hovering over the Plains and Midwest all the way to Minnesota ... More than 60 million Americans are at risk of severe storms Monday.