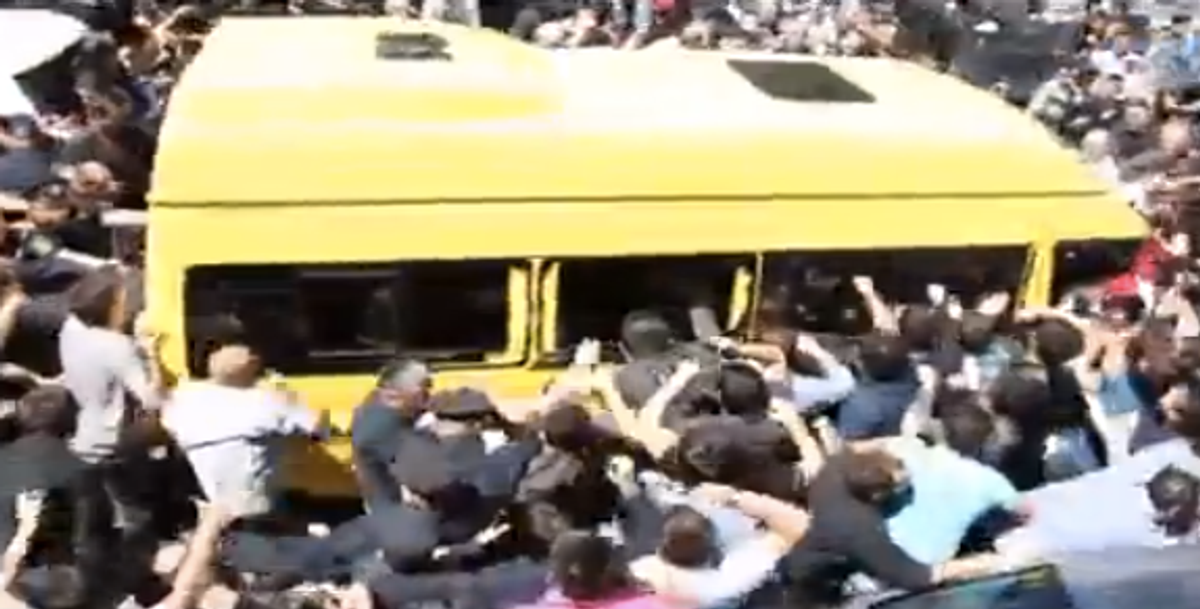 Thousands of anti-gay protestors, led by priests in the Georgian Orthodox Church, hurled rocks, smashed windows and assaulted rally participants at a small gay rights march in the capital city of Tbilisi on Friday, sending 14 people to the hospital. Local news captured clear images of the incident; some of the assailants even identified themselves by name to the camera.

And yet Georgian police and government officials have been slow to condemn, and hold accountable, those responsible for the violent mob attack, as the New York Times reports:

On Friday evening, with crowds of men still roaming downtown Tbilisi in search of gays, [Georgia’s prime minister, Bidzina] Ivanishvili promised a quick response to the violence. Yet on Sunday, at a parade for a local police force, he made no mention of either arrests or an investigation. Instead, his comments celebrated the role of the police in preventing worse injuries to the marchers...

Zviad Koridze, a veteran local journalist at the Tbilisi-based Council of Ethics for Journalists, called the slow pace a reminder of the church’s influence.

“The government is acting very carefully, one could say ineffectively,” said Mr. Koridze in a telephone interview. “Everyone is simply waiting. Because in three days they should have made arrests and given some sort of answer to the events in Tbilisi.”

On Sunday, Georgian Orthodox patriarch Ilia II weakly condemned the violence of the attacks, while endorsing the anti-gay sentiment that fueled them, telling Interfax that it is "unacceptable to give propaganda” to the rights of gays and lesbians.

Churchgoers echoed his views after Sunday mass in Tbilisi; one former school teacher remarked that arresting those involved in the violent attack would be "too much," explaining that Georgia has "already gone too far by having gays and lesbians openly promoting their way of life."

"By allowing things like [gay rights marches], we let Georgia turn from the road of its traditional destiny,” she added.