How to screw up Tumblr 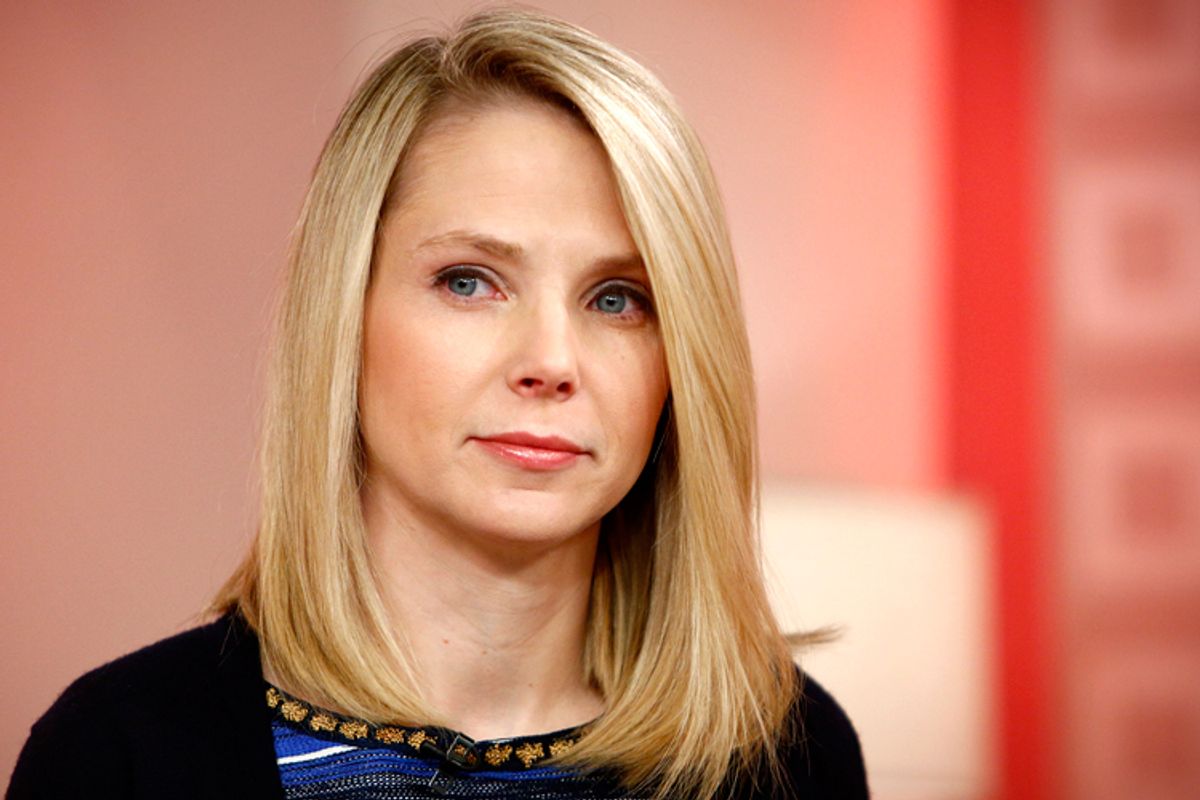 In her announcement of Yahoo's purchase of Tumblr for $1.1 billion, CEO Marissa Mayer promised "We won't screw this up." Rhetorically, that's almost always a bad move. For a CEO, not screwing something up should be the default position, the operating assumption. The possibility of failure need not, and should not, ever be voiced. As soon as you make a promise like that explicit, you sow more doubt and uncertainty into an already fertile territory of fear.

Mayer was trying to be hip, trying to reassure Tumbler's young userbase in the same language that the blogging service's founder and CEO, David Karp, uses to communicates with his audience. Karp signed off his announcement of the deal with a gleeful "Fuck yeah." But note the difference: Karp exuded confidence while Mayer projected massive corporate low self-esteem.

Mayer was also trying to be reassuring while nodding at Yahoo's past history. Everybody who has been paying attention knows that Yahoo has a long history of screwing up promising, hip startups. Flickr, Upcoming, Delicious -- it's not a pretty picture. And no news account of the buyout can be complete without a reference to Yahoo's $3.5 billion purchase of GeoCities in 1999. GeoCities crumbled into dust. For anyone at Tumblr who can remember that far back, the great horror is that GeoCities' fate awaits it.

This fear is simultaneously off-base and valid. You can make a good argument that Yahoo did not screw up GeoCities because GeoCities was already screwed up. In 1999, Salon's Janelle Brown eviscerated GeoCities for its con game -- its hamhanded attempt to monetize the creation of online "communities" that simply did not exist. GeoCities' "customers" came for the free Web pages. They left when they simply couldn't stand the overload of advertisements stuffed into every possible piece of real estate. The purchase of GeoCities was a horrible strategic decision, but Yahoo didn't screw it up. There simply wasn't a business in giving away crappy Web pages.

There's a lot more there at Tumblr: a real sensibility and a sophisticated, easy-to-use publishing platform. But the valid reason for uneasiness stems from the fact that Tumblr, despite its popularity with the cool crowd, hasn't figured out how to make real money. Like GeoCities, it's going to have to load up with a lot more ads to boost revenue. If the ads are too obtrusive, the users will flee. GeoCities redux!

Felix Salmon thinks there is room for smart advertising to be done and that the big data about teenagers' consumption habits that Yahoo can derive from Tumblr's userbase will be a gold mine. Sam Biddle at Valleywag is less optimistic, calling the merger "the Internet acquisition equivalent of two tired, slightly desperate lovers exchanging leers from opposite sides of the bar, shrugging, and going home together." The Tumblr kids are in a predictable uproar, doing what they do best, snarking wildly with little respect for copyright. (And, apparently, moving en masse to WordPress.)

I can't imagine they're likely to take comfort in a promise not to screw things up. Deeds will be required, not words. Ironically, Mayer would do well to pay attention to an observation made by GeoCities CEO Tom Evans to Janelle Brown back in 1999, just one month before his company was bought by Yahoo and then never heard from again:

GeoCities executives say they aren’t losing any sleep over scaring off customers by being too commercial. “The Web is very Darwinian,” explains Evans. “People come because they like what you’re offering, and they leave if they think something is better. The way you compete is by providing the best tools, the best community, the best access — and we’re pretty comfortable with what we’re doing.”