Several live children have been pulled from the rubble of a destroyed elementary school, SLIDESHOW 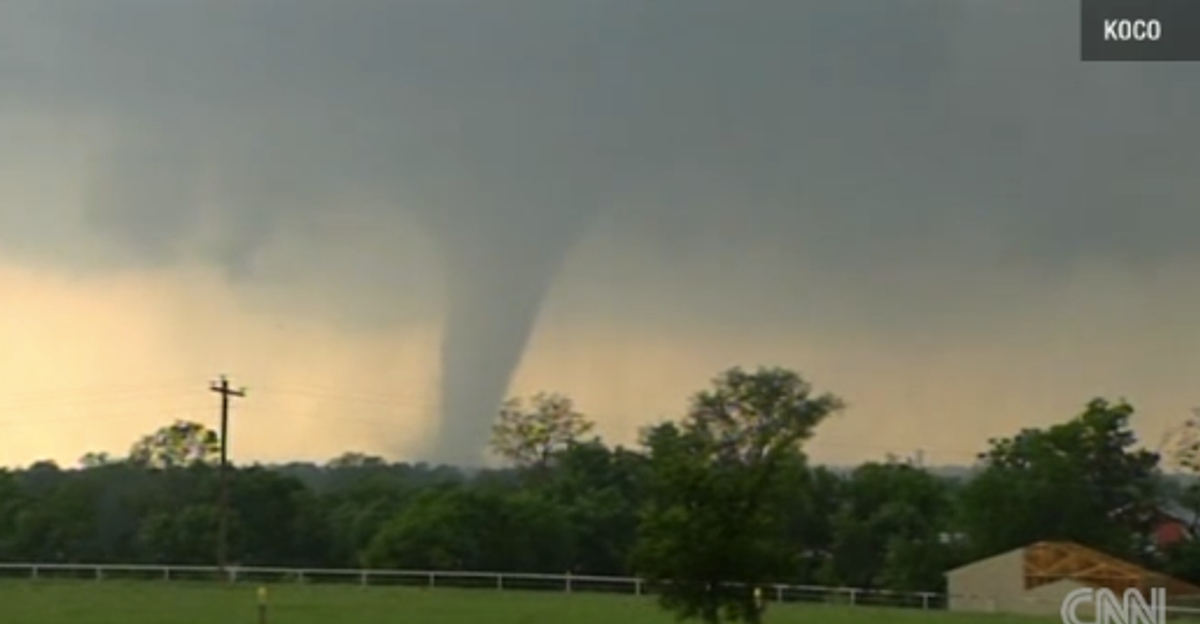 The AP has reported that at least 37 people were killed by the tornado, with the toll expected to rise.

Salon is on gchat with Yadi Ruelas, 38, of Midwest City, Okla., a suburb near Moore, where the tornado hit today. She says the hail has stopped and the weather has cleared. Earlier in the day she picked up her children at school in Oklahoma City.

When she went to pick up her son, families from Moore were staying at the school because they couldn't return to their homes. Storm alarms were sounding around the city. "We moved here from California and we aren't used to tornadoes. It's so sad to see what has happened today and how quick everything is just gone," she wrote. She regularly goes to a shopping center that was destroyed.

She says the news is announcing which hospitals children have been taken to.

A live feed from KFOR on the scene:

Seventy five children were in the elementary school when the tornado hit, CNN reported. While the toll in property is devastating the death and injury count remains a big question mark. More from CNN:

Lando Hite, shirtless and spattered in mud, told KFOR about the storm hitting the Orr Family Farm in Moore, which had about 80 horses.

"It was just like the movie 'Twister,'" he said, standing amid the debris. "There were horses and stuff flying around everywhere."

Updated 7:08 p.m. ET: A Dallas CBS affiliate reported that the tornado had also hit a hospital in Moore, Okla. It was being evacuated.

Updated 7:03 p.m. ET: The tornado in Moore, Okla., an Oklahoma City suburb reportedly made a "direct hit" on an elementary school but injury and death reports were not yet available. According to the Associated Press:

...the storm laid waste to scores of buildings in Moore, south of the city. Block after block of the community lay in ruins, with heaps of debris piled up where homes used to be. Cars and trucks were left crumpled on the roadside.

A tornado estimated to be between one and two miles wide has landed in the Oklahoma City area, prompting a tornado emergency by the National Weather Service. CNN affliate KFOR estimates that more than 171,000 people are in the path of the storm.

"It's just destroying everything. There's so many homes in the air right now. The motion on this storm is sickening," said storm chaser Spencer Basoco.

A large chunk of the Midwest remains on high alert as tornadoes are expected to pass through Oklahoma, Kansas, Missouri, Arkansas and Texas.