Sophia wanted to experiment, so I tried to be game. But it ended badly, with a twist I never saw coming 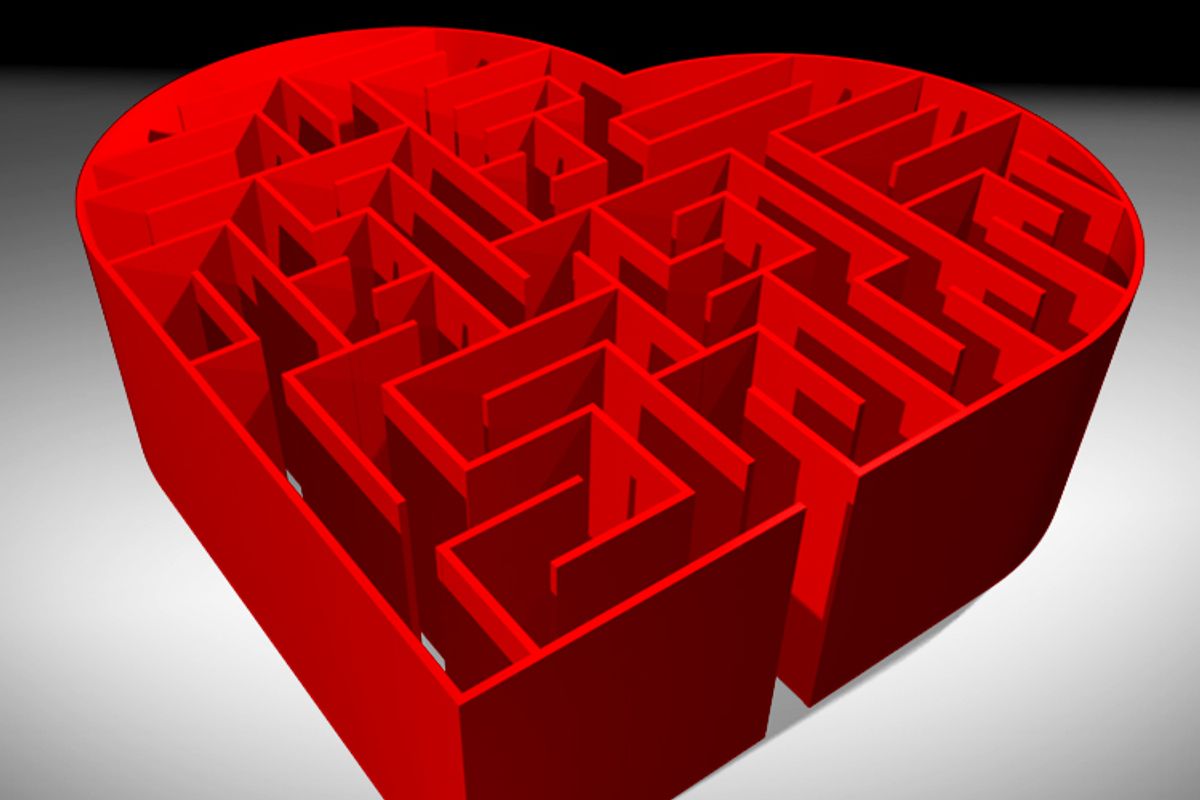 Sophia and I were dating a week when we created The List. We had a lot in common — we were both writers, lived in the same neighborhood, and had just gotten out of marriages — but it was our shared desire to be sexually experimental that really defined our relationship. I’m hardly this adventurous on my own, but after being married for 10 years and realizing Sophia had a yen to try just about anything, I felt at ease about traveling out of my comfort zone with her.

One night, while sipping wine in my apartment, we started adding items to the list of lascivious things we wanted to do together:

I didn’t even know what “orgasm control” was. It sounded frightening.

“Anything else?” I asked.

There was one other thing Sophia wanted on our compendium of carnal delights: an open relationship. Sophia, who was openly bisexual, was convinced monogamy wasn’t for her, even though she’d never tried polyamory herself.

In theory, I loved the idea of an open relationship. In practice, though, I wasn’t so sure. What would happen, I wondered aloud to Sophia, if one of us starts having an emotional relationship with another person? What would happen to us? We both shrugged. “We’ll just cross that bridge when we get there,” she said.

I’d always been a faithful boyfriend and/or spouse and the idea of being able to openly be with other people while still maintaining a romantic, emotional relationship with Sophia seemed to go against everything I’d ever been conditioned on the subject of love and relationships. I had a feeling this would not end well, but I really liked Sophia and I was intrigued about the idea of this List.

We made rules for our open relationship. And then we’d tweak them if they didn’t work. At first we decided to keep our outside dating activities a secret from each other unless something physical happened with another person. A month later we’d think full disclosure might be better. No matter what, though, it was a challenge for me to reconcile my growing feelings for Sophia knowing she was actively seeking out women and men for romantic trysts. I had a couple encounters with other women, but in general I just wanted to be with Sophia. Lounging around my place, Sophia would log on to the dating site we were both on and show me the guys and gals she’d been corresponding with. It would make my stomach swirl with nerves.

To her credit, Sophia was as tactful as one could be in these situations. When she’d tell me about an experience she’d had, I could see she was nervous about how it would affect me. We had a good level of communication, and I wanted to tell her how uncomfortable this whole thing made me. But then I feared she’d tell me it would have to be an open relationship or no relationship. I told myself that I’d adjust.

And there were fun times. Like when we’d go out to lesbian bars in the hope of picking up a woman to bring back to my place. Sometimes we’d meet other male-female couples who were like us. And sometimes they’d end up at my apartment. Once, at my place, a guy laid out a few lines of cocaine on my coffee table. I don’t really do drugs but in my newfound spirit to live out of my comfort zone more, I indulged. As he and I snorted up the white powder and talked about travel, Sophia and the woman had sex on the couch across from us. It was one of the odder nights I’d had in a while.

Still, though, items were slowly being marked off The List.

Because we were both relatively fresh out of relationships, Sophia and I tried to keep things emotionally casual. But that was wishful thinking. We talked on the phone four times per day and knew where the other was at all times. We slept at each other’s apartments about every other night. It was casual by definition; serious in practice. Which the “open” aspect of our relationship complicated.

But about six months into our “not”-serious relationship, Sophia met Jodi, and everything changed.

Not long after that, Sophia told me that things seemed to be getting too serious with us, too fast. We broke up that night.

I understood. I knew this would happen — that one of us would feel we needed space to deal with the wreckage of our last relationship. And since I’d been single longer than Sophia had, I figured it would be her to break things off.

And so, heartbroken, I moved on. Or at least I thought I did. A couple weeks later, I met Amy via an online dating site. It wasn’t by design (at least not consciously), but she was a lot like Sophia. They were both writers of the same age, both very attractive with long brown hair. Also, she was bisexual. Amy and I had a connection from the second we finished saying “nice to meet you.” And we began seeing each other regularly — though I knew that she was still very active on the dating website and probably dated other people, too.

One morning, after Amy spent the night, I was making coffee while she was getting ready for her job at a fashion magazine. “I can’t wear the same outfit to work today,” she said. “The people I work with are so judgmental.”

Some of my ex-wife’s clothes were still in the closet. I didn’t love the idea of lending them to Amy, but I understood her dilemma. She slipped on a retro black dress with white trimming at the end of the sleeves and the neckline. It not only fit her perfectly; she looked great in it.

“I’m not sure I’m going to give this back,” she joked, smoothing down the dress while looking in the mirror. When she left for work, she said she was meeting a friend for drinks in my neighborhood that night and that she’d maybe text me when she was done.

The text came about 10pm, but it wasn’t what I was expecting.

“Um, I’m on a date right now with a woman you used to go out with.”

I felt like my head was going to explode. Waves of feelings flowed through me: sadness followed by disbelief followed by frustration. I wanted to call and tell someone about it but realized how ridiculously unbelievable it all sounded. “Hey, you know the last two women I’ve dated? Yeah, the two who happen to be bisexual. They’re on a date right now.”

Instead, I responded to Amy’s text: “Did you tell Sophia we’re dating?” I wrote. “Did you mention you happen to have woken up in my bed this morning?” And how in the world did they both figure out they knew me?

Amy wrote back begging me not to say anything to Sophia. She knew it would ruin the date and, it seemed, she really liked her. Which was when the next emotion emerged in me: annoyance.

The next morning Sophia called. Since we had split up a couple months earlier, we hadn’t talked much but we were generally on good terms. “Amy told me she texted you about last night,” she said. “That’s such a coincidence that you know her.”

“What did Amy tell you was the nature of our relationship?” I asked.

I didn’t know what to say. Should I lie? Or rather, be complacent in Amy’s lie, so that Amy and Sophia could continue dating?

The other end of the line went silent for a long three seconds. “But … I don’t believe you,” she said.

“Was she wearing a black dress with white trim?” I asked. Sophia affirmed. “That’s my ex-wife’s. Amy spent the night the day before you went on your date and, that morning, she had nothing to wear to work.”

Sophia immediately texted Amy to tell her there wouldn’t be a second date. A minute later, Amy sent me a text saying it was over between she and I. It was a break-up of domino-effect proportions.

Sophia and I can now laugh about the incident, about how oddly coincidental it all was. It actually brought us a bit closer after a few months of only talking sparingly. Now we meet for coffee. We just don’t talk about dating.

It’s too bad we hadn’t put “Date the same woman” on The List.

It would have been a nice final act for our relationship.

Or a first one for our new friendship.

David Farley is the author of "An Irreverent Curiosity: In Search of the Church's Strangest Relic in Italy's Oddest Town" and frequently contributes to the New York Times, AFAR magazine, and National Geographic Traveler. He teaches writing at New York University.