On Tuesday, Tea Partiers are planning "to protest the IRS’ complete abuse of power" 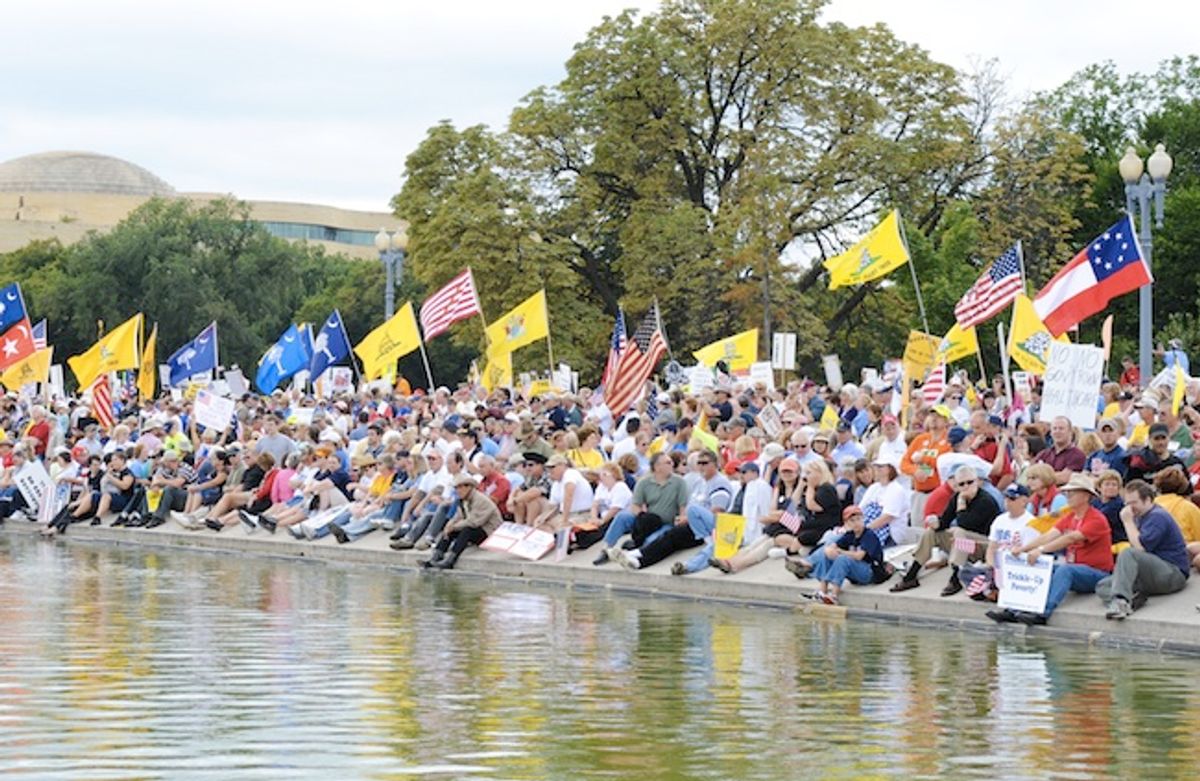 The Tea Party Patriots are organizing nationwide rallies on Tuesday to protest against the IRS for its "complete abuse of power," related to the controversy over the agency's targeting of conservative groups.

In a posting on the TPP site, the group calls for "anyone and everyone to protest the IRS’ complete abuse of power" at noon on Tuesday. "The Internal Revenue Service (IRS) is out of control, and we need to stand up and let them know that we will not take their intimidation tactics!" the site says.

Tea Party Patriots also provide supporters with suggestions for protest signage, including, "Audit the IRS!", "No more cover-ups from IRS!", "Unfair and Un-Constitutional!" and "Abolish the IRS!"