There were no immediate reports of injuries 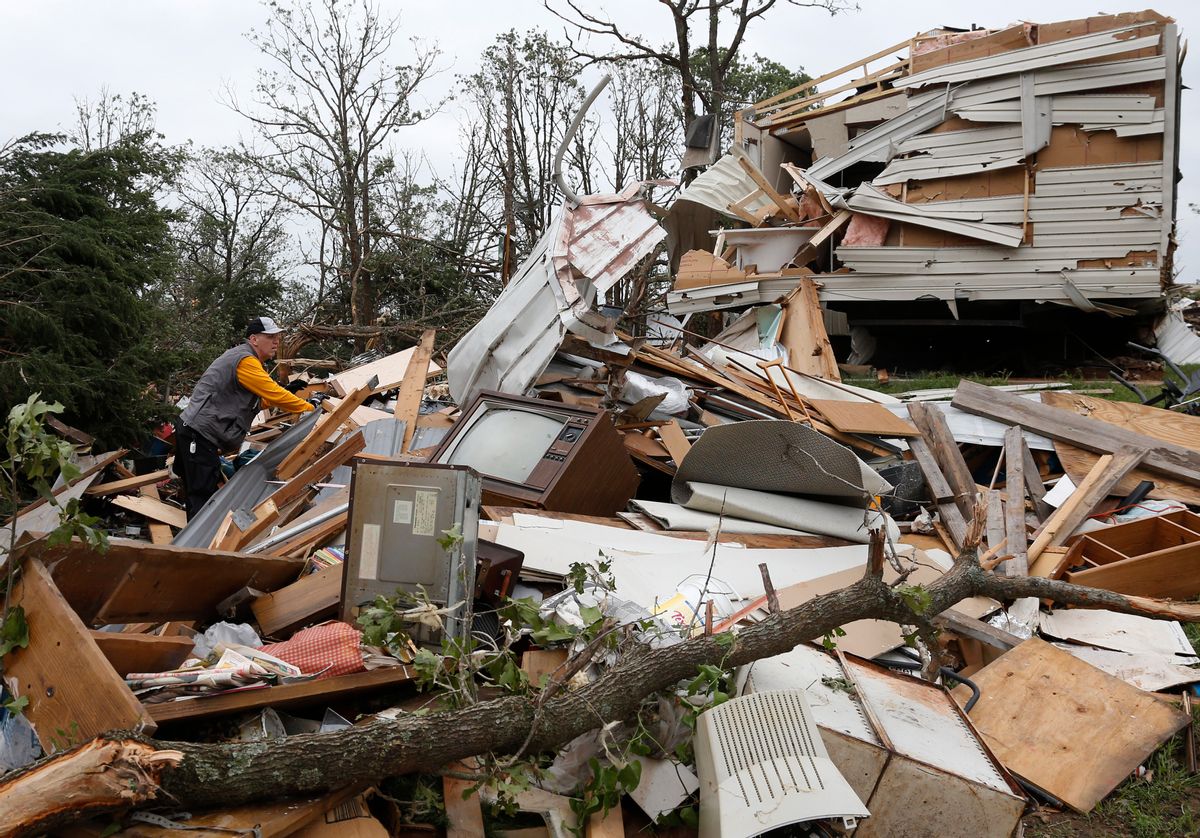 Lee Hoyle, of Chickasaw Nation search and rescue, digs through the debris of a mobile home in the Steelman Estates Mobile Home Park, destroyed by Sunday's tornado, near Shawnee, Okla., Monday, May 20, 2013. (AP/Sue Ogrocki)
--

Video showed homes and buildings in Moore, Okla., were reduced to rubble, and vehicles littered roadways south and southwest of Oklahoma City.

There were no immediate reports of injuries.

The suburb of Moore, where Monday's damage was concentrated, was hit hard by a tornado in 1999 that included the highest winds ever recorded near the Earth's surface.