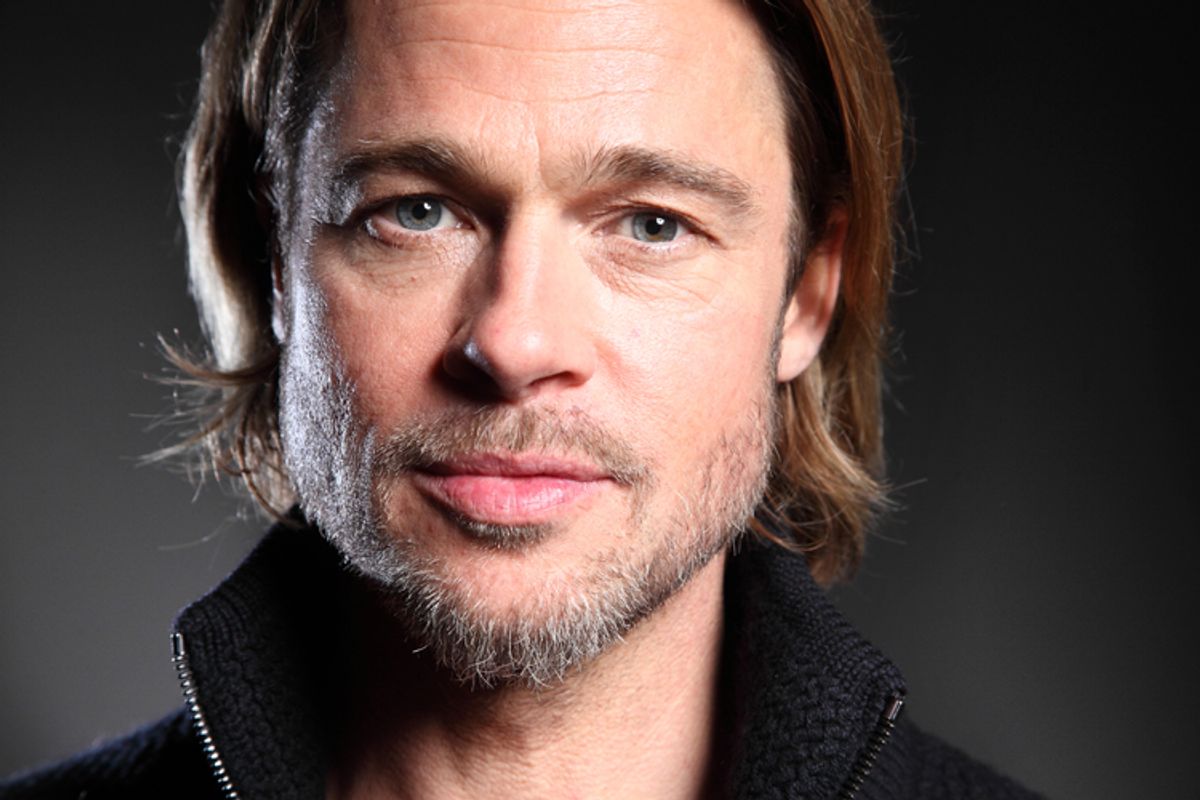 The tabloids will have a fresh angle on a nearly decade-long triangle next week.

Brad Pitt has, once again, dredged up the ghost of his marriage to Jennifer Aniston (since concluded) in a print interview (with Esquire). He describes an epiphany he had "about a decade ago" to live more purposefully and stop wasting time:

For a long time I thought I did too much damage – drug damage. I was a bit of a drifter. A guy who felt he grew up in something of a vacuum and wanted to see things, wanted to be inspired. I followed that other thing. I spent years f–king off. But then I got burnt out and felt that I was wasting my opportunity. It was a conscious change. This was about a decade ago. It was an epiphany – a decision not to squander my opportunities. It was a feeling of get up. Because otherwise, what’s the point?

Pitt and Aniston separated eight and a half years ago, in January 2005, at which point he began a relationship with his current partner Angelina Jolie, with whom he is now raising six children.

Pitt most memorably commented on the boredom he felt, oh, about a decade ago, in a 2011 interview with Parade:

I spent the ’90s trying to hide out, trying to duck the full celebrity cacophony. It wigged me out a bit. I started to get sick of myself sitting on a couch, holding a joint, hiding out. It started feeling pathetic. It became very clear to me that I was so intent on trying to find a movie about an interesting life, but I wasn’t living an interesting life myself. I think that my marriage [to actress Jennifer Aniston] had something to do with it. Trying to pretend the marriage was something that it wasn’t.

At the time, Pitt felt compelled to publicly apologize to Aniston for implying she was boring, and in his new interview, he makes it clear that he was just boring around the ... people ... he knew ... at that point in his life. After all, marriage can't possibly have been that bad! In 2004, months before he split with Aniston and while they were still married, Pitt told Vanity Fair: "I'm happier than I've ever been."