Moore officials: Funds for "safe rooms" were held up by red tape 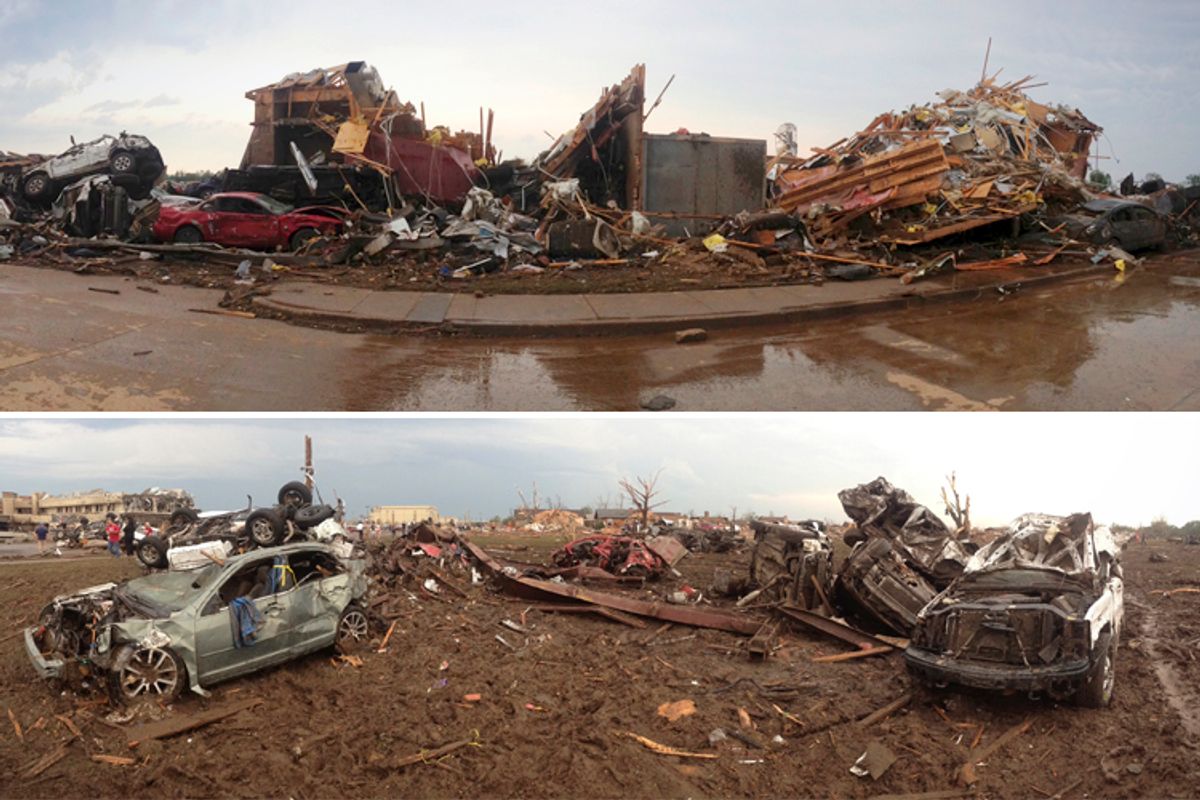 Destroyed buildings and overturned cars are seen after a huge tornado struck Moore, Oklahoma, near Oklahoma City, May 20, 2013. (Reuters/Richard Rowe)
--

Officials in Moore, the Oklahoma City suburb devastated by a tornado Monday, complained earlier this year that federal grant funds that were intended to build "safe rooms" in the tornado-struck region were delayed.  Plaza Towers and Briarwood elementary schools, both leveled by the twister, were both without safe rooms, despite their precarious location. As a result, seven children (of nine total) were found dead in school buildings.

Officials in the Oklahoma City suburb ravaged by deadly tornadoes Monday complained in February that $2 million in federal grants to pay for “safe rooms” in 800 homes had been delayed by a shortage of funding and FEMA requirements that were a “constantly moving target.”

“Our countywide Hazard Mitigation Plan still has not been approved by the State and FEMA,” said a statement  on the City of Moore’s website. It said that changes to federal requirements occurred while the city’s contractor was preparing the plan, adding, “We’ve found that the FEMA requirements …  seem to be a constantly moving target.”

A spokesperson for the Federal Emergency Management Agency told NBC News the agency is “looking into” the city’s claim about delays.