My miscarriages made me question being pro-choice

I was devastated when I lost my pregnancies, and I wondered: Does grieving this way mean abortion is wrong? 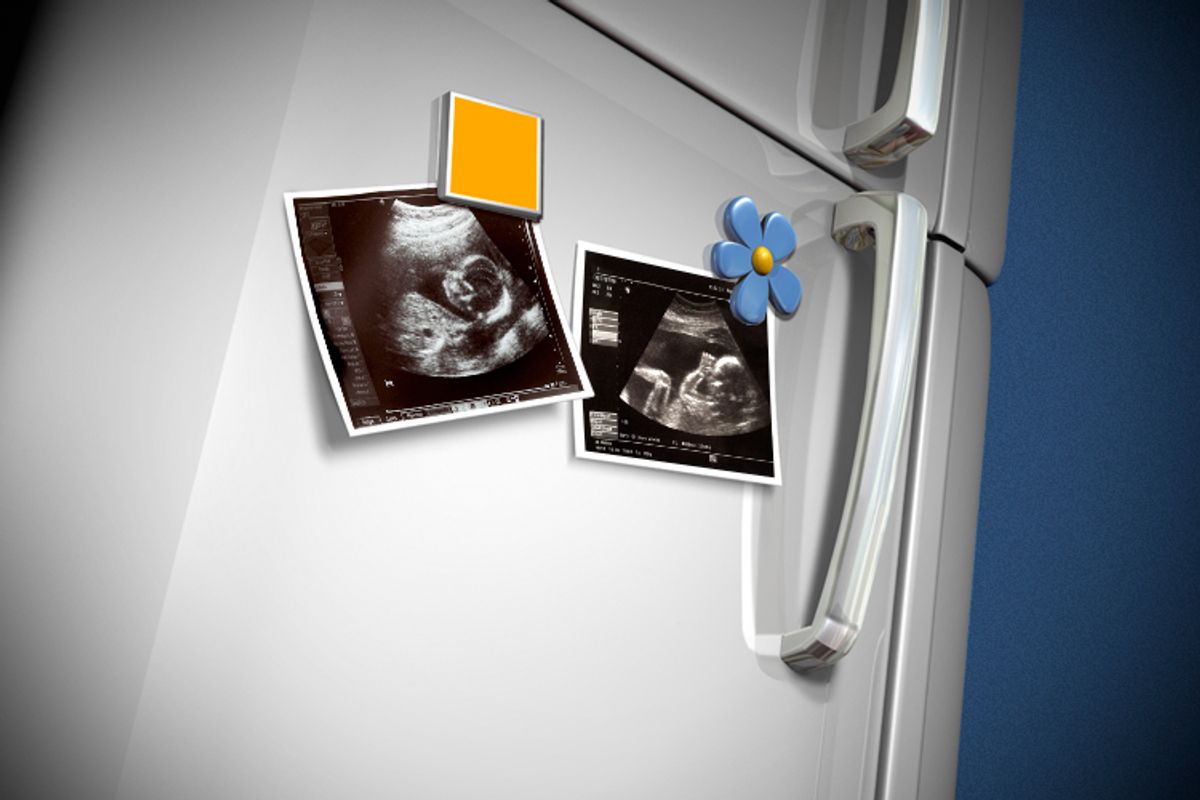 A few hours after my doctor told me that my third pregnancy was going to end with a third miscarriage, I was standing in front of a class of college freshman leading a discussion about the ethics of abortion. I think there was a conflict of interest, pedagogically speaking.

The discussion prompts I prepared were politically neutral, meant to promote deeper thinking about all perspectives of the debate, but when I put it together I knew what side I was on. I’ve been pro-choice since before I even understood what was at stake. And yet, when I chose to have a baby while still in my allegedly fertile late-20s, all I could produce were the kind of clots sucked out during a D&C. I chose baby. Where was my baby?

I still don’t know. I mean, I know where my babies are. The end results of pregnancies No. 4 and No. 5 are now bounding preschoolers with scraped knees and very firm opinions about tomatoes (one for and one against). I am lucky among people who choose to reproduce in that I eventually got to. I would like to say that my son and daughter are the children always intended for me by some force that I don’t understand and probably don’t believe in; that those other pregnancies were just my real kids making RSVPs they couldn’t keep, but that’s just not how I feel. It doesn’t make any sense to me, at least not intellectually, but I feel like I have five children — two born and three who were not born, which is a point-of-view that is hard to reconcile with being pro-choice.

When I was a college freshman, I had a boyfriend who liked to argue about a grand variety of 1990s student causes. From freeing Mumia Abu-Jamal to the tyranny of Ticketmaster, he had an opinion, and abortion was one of his favorite topics. He liked to say, “Abortion is messy. No one likes to talk about the reality of abortion, but I think it’s necessary,” as if he knew anything about it. I insisted on correcting him: “No, early abortions are usually tidy, but they’re emotionally messy.” But I didn’t know anything that he didn’t.

I still haven’t had an abortion unless you count my last miscarriage, which stubbornly refused to go on its own and thus at 10 weeks the heartless lump of cells had to be evicted by my OB-GYN with some sort of vaginal suppository that acted by mechanisms I don’t understand. It’s probably more accurate to say that I never chose to have an abortion, but the one I had to have was messy, both emotionally and otherwise, albeit not indicative of most abortions. Once I finally did give birth to a real live baby, I was surprised to learn that pushing out a fully formed human is only marginally more painful than ejecting a clump of cells the size of a pencil eraser. How is it that babies are born in hospitals surrounded by nurses offering ice chips while never-to-be-borns are leaked out in OB-GYN waiting rooms, on bathroom floors and in the gussets of soon-to-be-trashed underwear, only very rarely with any kind of support other than a prescription for Tylenol with codeine. That hardly seems fair. There should be ice chips for everybody.

But that day in front of my class of college freshmen, my hands still smelling of the hospital-grade hand soap from my OB-GYN’s bathroom and my never-to-be-baby still inside of me, I led that discussion about abortion that I planned back when I was going to be a mother, back when it wasn’t going to be psychological torture to talk about pregnancy with a roomful of teenagers. I kept my face neutral as my students jumped in with their ideas about choice and freedom, their words both cautious and unscathed. We compared an embryo’s right to keep growing to a woman’s right to not be colonized by a force so mighty that it could kill her if it went wrong enough. We talked a lot about women choosing not to stay pregnant, but not at all of embryos being the ones to make the call. I stayed cool, but inwardly seethed, all women should be so lucky as to be colonized. The idea that some who could carry a baby to term would choose not to suddenly made me sad then angry then confused.

Now five years later, I have been thoroughly colonized. I have been suckled, stretched and irrevocably altered, an ongoing process that is in equal parts rejuvenating and corrosive. I cannot imagine undergoing the transformation from woman to mom/woman without consent, but for me, becoming a mother has brought me an indescribable quantity and quality of joy. I’m eternally glad that I didn’t give up on my wish to raise children. However, I finally truly understand why motherhood has to be a choice. It is too much to ask of an unwilling person.

Though I am not religious, I have many religious friends, some of whom oppose reproductive choice. With them I’ve talked about what or who was lost when I miscarried. My friends and I do not agree about many things, but we are all certain that what was lost was substantive. However, even the most ardently anti-choice people I know do not mourn those three miscarriages as if I had lost three children. Having a stillborn baby is different from a miscarriage. Losing a child is different still. Hidden in our collective intuitive response to miscarriage is the reason why choosing to terminate a pregnancy is different from killing a baby: People can’t be OxyCleaned out of your underwear.

Deaths are important events, marked by ceremony and reverence, but what happened inside my body was not death. Whatever I lost is mourned only by me because only I knew them. They lived, however briefly, in me and nowhere else. Even my husband never got to know them, though they were ostensibly half him. They are my own losses, personal but not private. I am not obligated to mourn them, though I do despite not knowing how to do it.

I picture them in the heaven I don’t believe in: They are blond-haired and blue-eyed, just like my born children, but only because my mind isn’t big enough to imagine them looking any other way. I want to believe that they are waiting for me because they are as sorry as I am that they never grew up, that they were unceremoniously replaced by sturdier embryos, that I got to be a mother without them and without ever understanding what they were, but they’re not waiting for me. They never were. They are just wisps of evidence of a choice that doesn’t go both ways, yet is fair. They are my never-borns.

JJ Keith's essays have been featured in Reader’s Digest, The Huffington Post, TheRumpus.net, The Hairpin, Babble, The Nervous Breakdown, Alternet and other publications. She holds a Master of Professional Writing degree from USC and teaches writing workshops at Unincorporated Education in Los Angeles. She's working on a book called "Stop Reading Baby Books."