"Some people dislike gays. Others dislike guns. We should not base our laws on personal dislikes," reads one ad 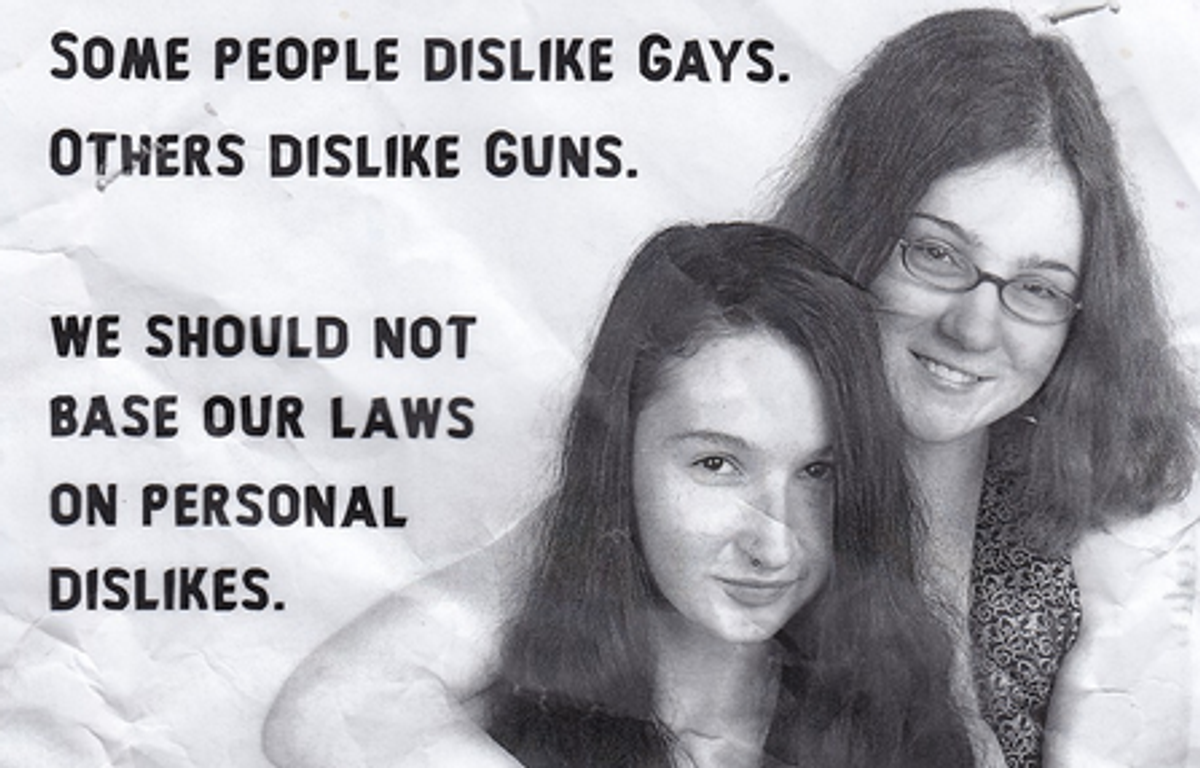 A new campaign cropping up around Washington state is intended to strike a chord with gay and lesbian gun owners by comparing gun control to anti-LGBT discrimination.

The illustrated posters feature slogans like, "We won our right to marry, now it's time to defend our right! And we sure as hell aren't going to take shit from homophobes in the process!" and, "Some people dislike gays. Others dislike guns. We should not base our laws on personal dislikes."

A QR code on the ads directs curious readers to an anti–gun control website that calls armed self-defense a human right and offers quizzes with questions like:

The proper response to an arson is ...

As the Stranger reports, the campaign's origins remain something of a mystery:

"Nale Dixon," who's credited for drawing the cartoon of the gay couple, returns no search results online. The pro-gun website is run by a dude named Oleg Volk, "An American," but that doesn't necessarily mean he's responsible for papering the hill with them. Without someone to credit, it's impossible to glean the posterer's intentions.