"I hope I get a second chance to work for you," he says in a video announcing his bid 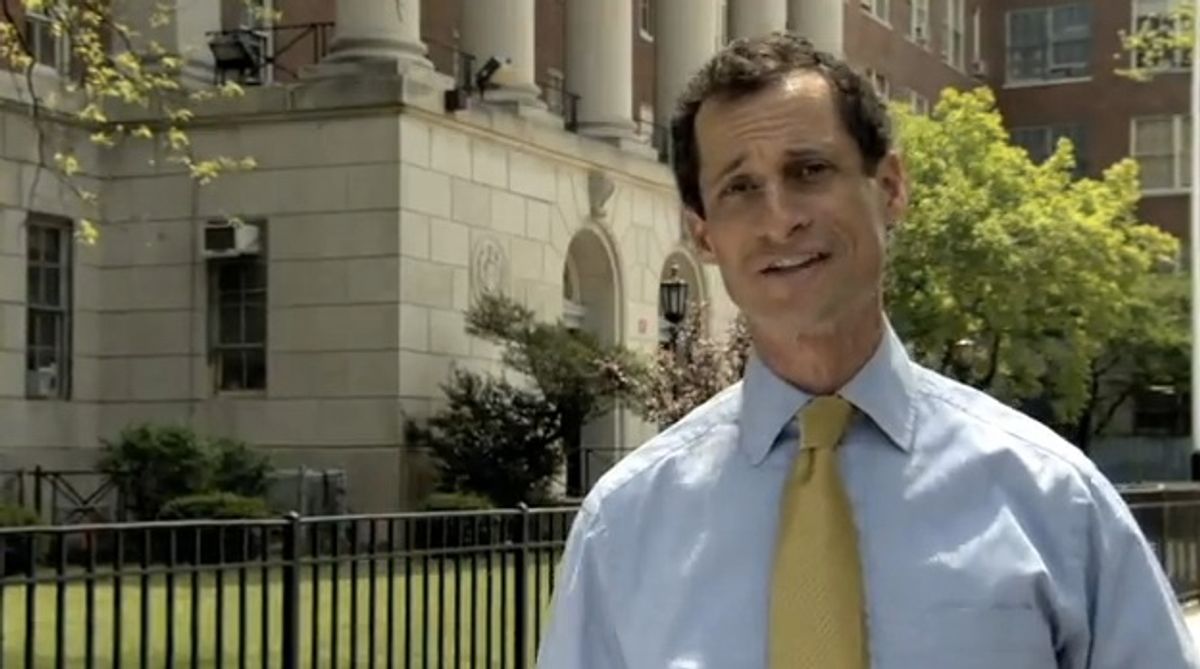 Former Rep. Anthony Weiner officially announced his run for New York City mayor on Wednesday, posting a video on his new campaign site. “Look, I’ve made some big mistakes and I know I’ve let a lot of people down,” he says in the video. “But I’ve also learned some tough lessons. I’m running for mayor because I’ve been fighting for the middle class and those struggling to make it for my entire life. And I hope I get a second chance to work for you.”

Weiner's wife Huma Abedin also makes an appearance in the video, saying: “We love this city, and no one will work harder to make it better than Anthony."

Weiner, who resigned from Congress after his lewd photo tweeting scandal, recently polled at second place in the New York City Democratic primary, behind Christine Quinn. But he would need 40 percent to avoid a runoff with Quinn, and the same poll showed 50 percent of Democrats saying that they would not vote for him.