Donald Rumsfeld worried that marriage equality will lead to polygamy 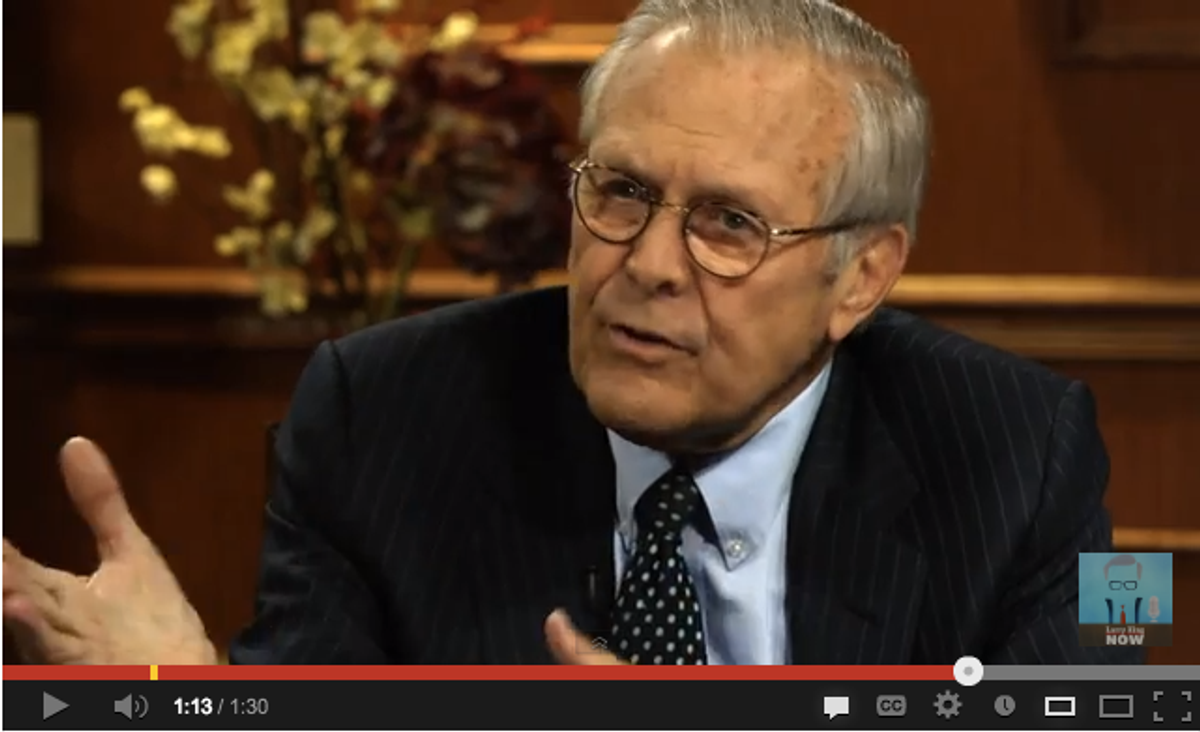 In an interview with Larry King on Monday, former Secretary of Defense Donald Rumsfeld expressed his opposition to marriage equality in a stuttering remark suggesting that letting gay adults marry will lead to polygamy.

An affable Rumsfeld goes on to boast about his "civil rights record," but says he does not see marriage equality as part of a broader civil rights agenda.