Eric Garcetti beat out Wendy Greuel, who would have been the first female mayor of the city 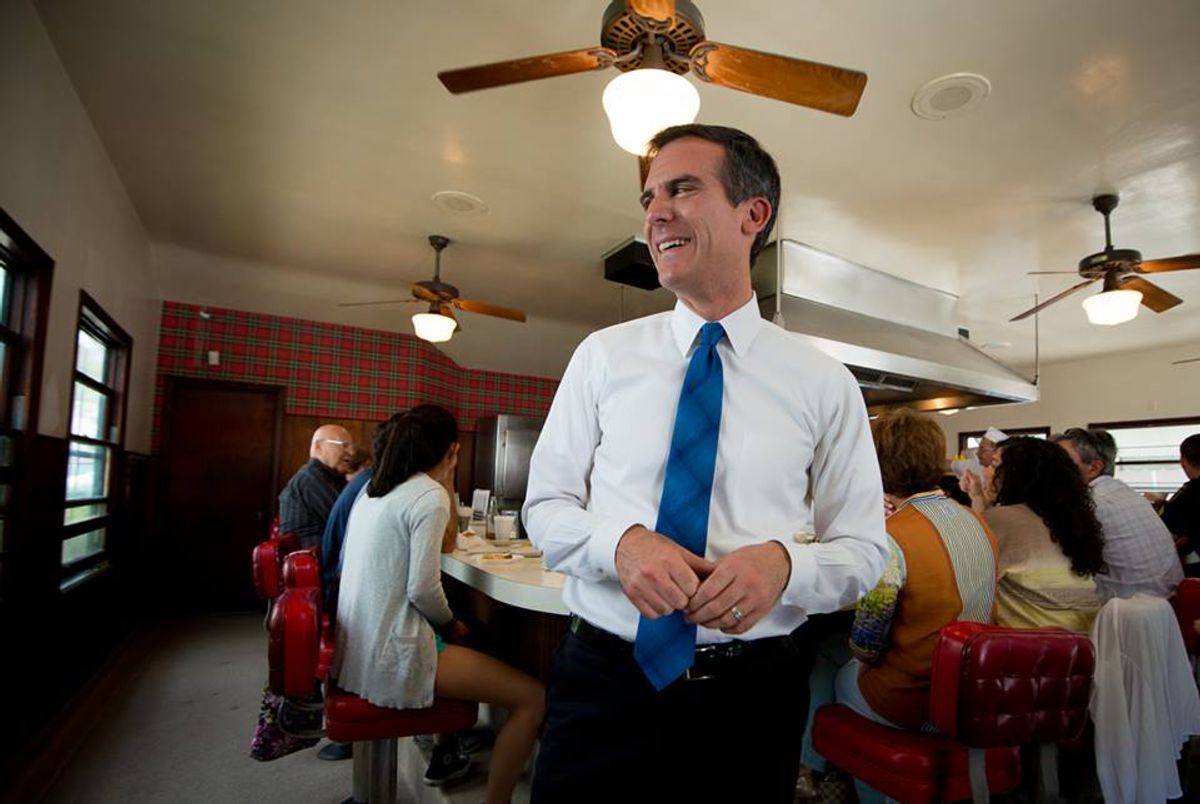 After a tough race, Democratic City Councilman Eric Garcetti beat out Democratic city controller Wendy Greuel to become the first Jewish mayor of Los Angeles, by a margin of  54-46 percent.

“Los Angeles is ready to put the recession in the rearview mirror and become the city of opportunity that I grew up in once again,” he said Tuesday night, the New York Times reports. “It’s time for Los Angeles not just to be a big city, but a great city once again. Whether you’re down and out, or whether you’re at the top, we all believe one thing, that L.A. is worth fighting for.”

Had she won, Greuel would have been the first female mayor of the city.