"It's a matter of love your neighbor as yourself," Affeldt says of his transformation 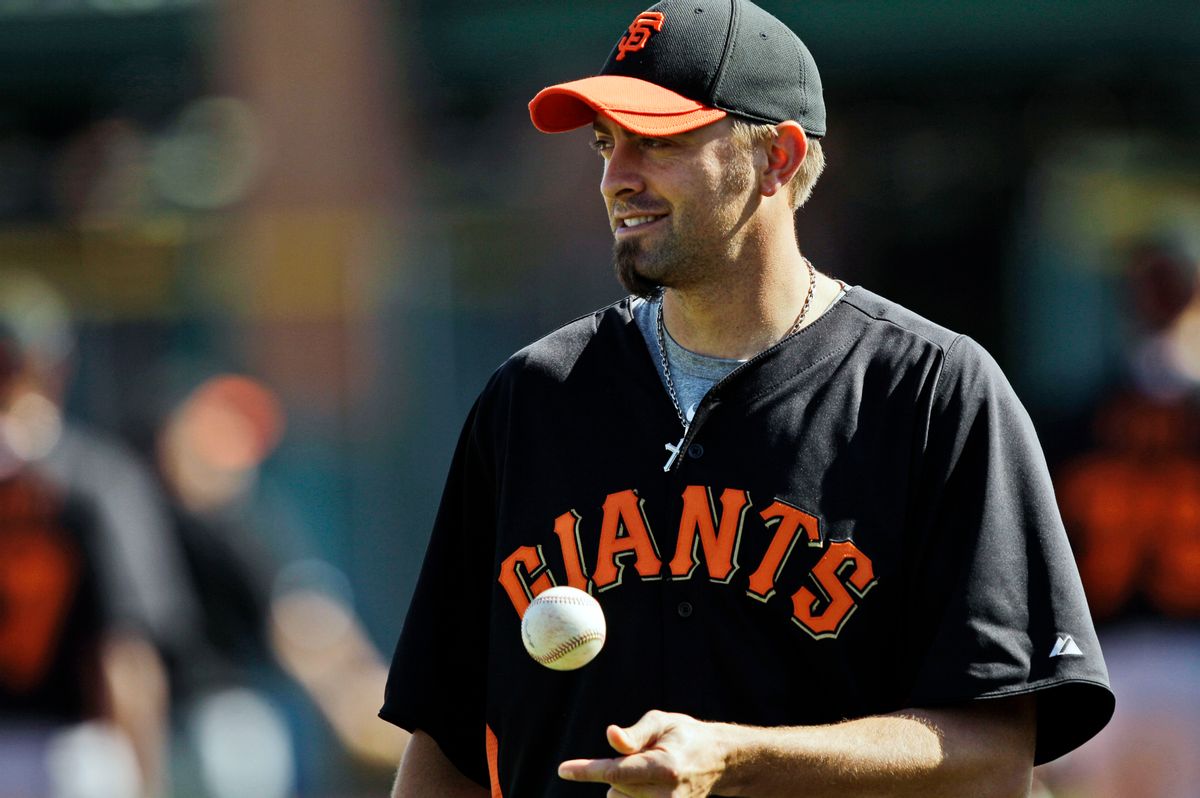 In a new book, San Francisco Giant Jeremy Affeldt admits that he was deeply homophobic when he first traveled to the Bay Area as an opposing player, often staying in his hotel room for days at a time to avoid interactions with people he thought may be gay.

Affeldt discusses his struggle to overcome his anti-gay bias in a new memoir, "To Stir a Movement," and believes the diversity of his adopted city helped him through that process: "There's a chapter in there of me coming to San Francisco and being hesitant because I had homophobia, and now I don't," he told the Associated Press. "I see more San Francisco as a city of love and a city of passion and compassion. It's unbelievable this city. To see that and to have my heart change as a city I didn't ever want to come to, to a city that I'm so thankful I'm going to be part of for a long time, it talks about that. For me, it was an awesome deal."

He also credits a gay Starbucks employee for revealing his bias to him, recalling how the man's casual interactions with Affeldt's family showed him that there is "no difference, none" between gay people and straight people.

"They're human beings," he said. "And I'm going to love on them just as God told me to love all human beings."

"I'm not going to sit there and worry about all that other garbage. It's a matter of love your neighbor as yourself," he added.

Affeldt's account is an honest depiction of what struggling against your own biases looks like in practice, and strikes a similar note as Newark Mayor Cory Booker's own experience of overcoming his homophobia while a college student.

In an editorial on that experience, Booker wrote:

Well, it didn’t take me long to realize that the root of my hatred did not lie with gays but with myself. It was my problem. A problem I dealt with by ceasing to tolerate gays and instead seeking to embrace them.

In these efforts I have found another community with which I feel akin and from which I draw strength. The gay people with whom I am close are some of the strongest, most passionate and caring people I know and their demands for justice are no less imperative than those of any other community.