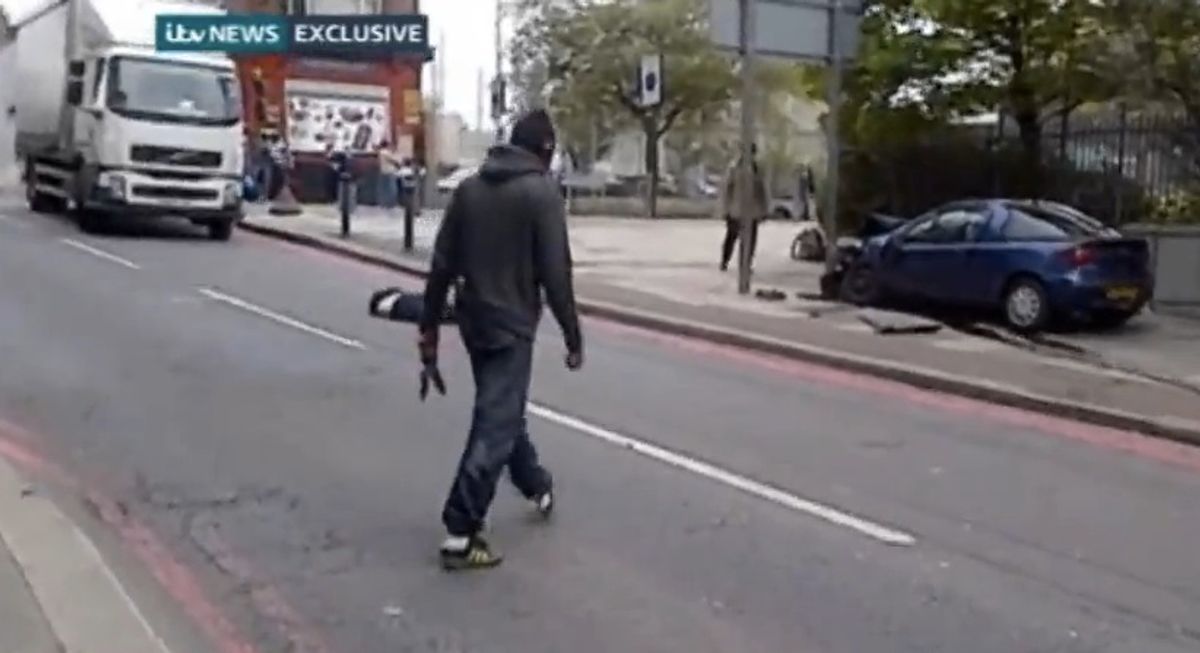 LONDON (AP) — British police say two more people have been arrested by officers investigating the hacking death of a U.K. soldier in London.

Scotland Yard said counterterrorism officers arrested a man and a woman — both 29 — on Thursday on suspicion of conspiracy to murder. Both suspects are in custody at a south London police station.

Two suspects shot and arrested by police at the scene Wednesday — a 22-year-old man and a 28-year-old man — remain hospitalized in stable condition with injuries that are not life-threatening, police added.

Two Muslim hardliners say the man seen wielding a bloody butcher's knife after the killing of a British soldier is a Muslim convert who took part in demonstrations with the banned radical group al-Muhajiroun.

Former al-Muhajiroun head Anjem Choudary identified the man as Michael Adebolajo, a Christian who converted to Islam around 2003 and took part in several of the group's demonstrations in London.

Omar Bakri Muhammad — who now lives in Lebanon but had been a radical Muslim preacher in London — also said he recognized the man seen on television as Adebolajo and said he attended his London lectures in the early 2000s. Police have not named Adebolajo.