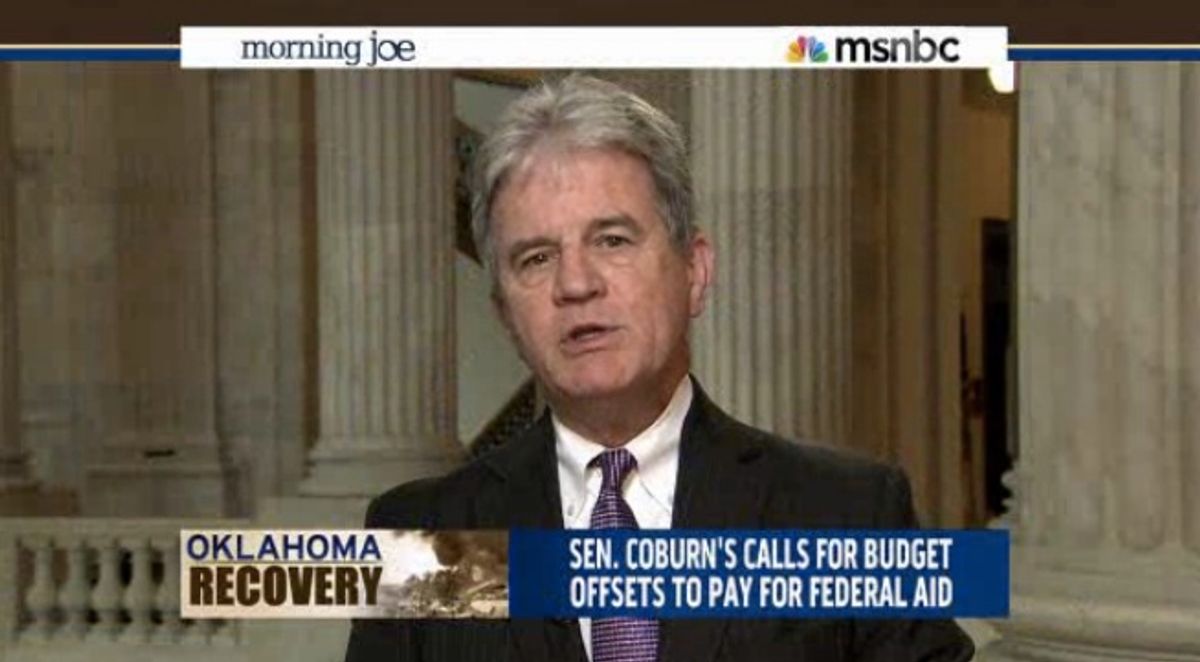 Sen. Tom Coburn, R-Okla., got heated on MSNBC's "Morning Joe" over questions about a potential bill to provide relief to his state after the devastating tornado. "This is all a game, and it's a crass political game because I was being asked these questions before we even pulled the dead people out of the rubble," he said. "So it's just typical Washington B.S., quite frankly."

Coburn, who has argued that there is no need to pass a bill without offsetting the costs with other cuts, pointed to the funding passed after the 1995 Oklahoma City bombings, which was offset. "It's the lamest excuse in the world when we have at least $200 billion of waste, fraud and duplication to say 'oh my gosh we can't do that we have to borrow the money' against the very kids you're saying you want to help."

He added that "it's morally wrong, it's repugnant to me and it's the lamest excuse career politicians can use, and that's why our country is in trouble. That kind of thinking."

Coburn has gotten questions about whether he'd support a relief package for his state, after he voted against Hurricane Sandy relief aid in the fall. Sen. James Inhofe, the other Republican senator from Oklahoma, who also voted against the Sandy relief, has argued that tornado aid is "totally different" from Sandy aid, because that bill was loaded with pork.

When asked if he'd support such legislation, Coburn argued that there is no need for it, because most of the damaged property was insured and there is $11.6 billion in FEMA funds "sitting in a bank account waiting to help people in Oklahoma."